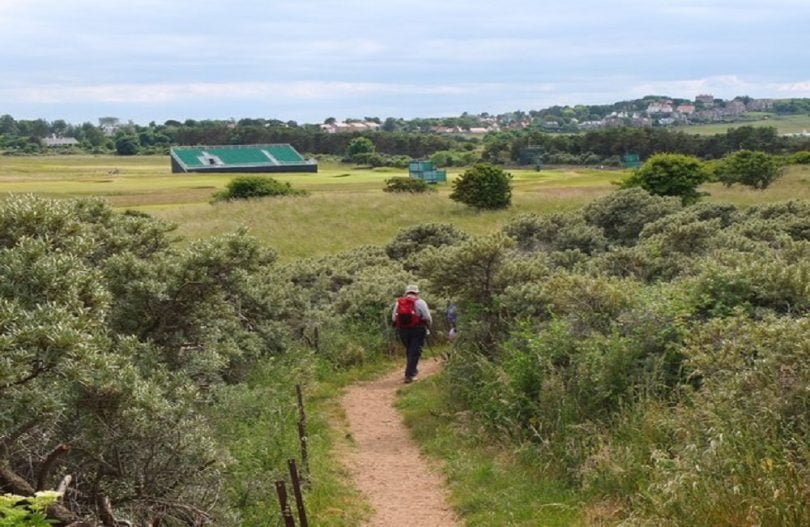 498 members (80.2%) voted to allow female membership for the first time in the club’s history in the ballot for the landmark decision on Tuesday. The turnout was reported to be 92.7%, but despite the majority vote, there were still 123 votes against the proposal from members.

Previously, women had only been able to visit the clubhouse and play on the links course as guests and visitors.

A motion to allow female members to join the privately owned Scottish golf club was first held in May 2016, but rejected at the time. The decision led to the immediate announcement by the R&A that the club was no longer eligible to host the British Open Championship golf tournament. It is considered the game’s most prestigious event.

In light of today’s decision by the Honourable Company we can confirm that Muirfield will become a venue for @TheOpen once again. pic.twitter.com/hlGK33vcXS

The result to abolish the 273-year rule was announced by Henry Fairweather, the captain of the Honourable Company of Edinburgh Golfers (HCEG), and is a decision which will now allow the course returned to the Open Championship rota. Muirfield last staged the Championship in 2013 and the next year it could be eligible to do so again would be for 2022.

Following the vote against female members in 2016, the club received criticism at the time, not only from the public but golfers too. Most namely, world number 3 Rory McIllroy, who has spoken out since the vote on Tuesday, calling the 20% in favour of the ban of female members “horrendous” and “obscene”. In an interview with Sky Sports, he said: “I never thought it should have went to a second vote, it should have been a unanimous yes the first time around. I’m just glad they saw sense in a way, but still to go to a second vote it’s hard for me to fathom.”

The club has reportedly admitted that it is likely to take at least two years before the first woman becomes a member due to the current waiting list. The expected wait is said to affect other genders also.

While it has generally been considered a positive decision in moving forward and away from sexism, the recent vote has left people suspicious of the true reasons for the vote, however.

Is #Muirfield Golf Club saying "we only let women in so we could keep hosting the Open Championship"? Yes, yes it is https://t.co/yVjfM96rms pic.twitter.com/OAIWBBdMNb

Given a second chance, Muirfield votes to admit women and, just like that, the R&A announces Muirfield is back in the Open rota.

Others to share views on the topic included Scotland’s First Minister, Nicola Sturgeon. In 2016 after the vote that failed to back female members, she regarded the decision as “simply indefensible”.

Following the recent overturning of that decision, she tweeted: