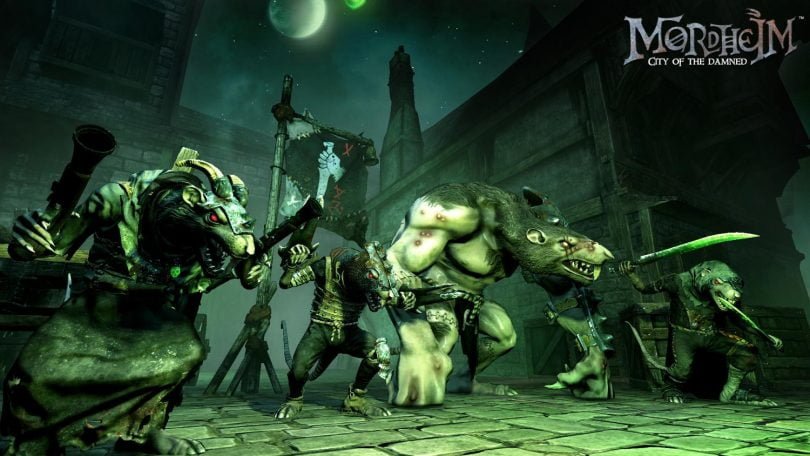 From tabletop, to PC, and now finally to console! Mordheim: City of the Damned makes its much-anticipated jump to consoles. The Games Workshop tabletop classic will have Warhammer fans salivating at the mouth as they plunder the city of Mordheim with a choice of Human Mercenaries, Skaven, Sisters of Sigmar, or the Cult of the Possessed.

Personally, as a loyal servant of Chaos and worshipper (in real life) of Slaanesh, the choice for which warband to maraud the city’s streets with was an obvious one. My only goal since my birth has been to claim all the spoils of war for the glory of the Daemon Princes.

Of course, this journey started with difficulty. Tactical turn based games often have difficulty making the leap to console. I think Rogue Factor did a solid job of porting the experience to consoles. However, I feel like a new player with no background in this kind of game will find it difficult to adjust to what can be a jarring experience for newcomers.

There is nothing to be said about Mordheim: City of the Damned that wasn’t said the first time around when it was released on PC November 19th, 2015. A millstone of responsibility is tied around the neck of what is an okay game and ultimately causes it to suffer. The game doesn’t live up to the experience of the original 1999 tabletop game, which is sad because the link to the Warhammer Fantasy franchise might be the only element that sells this game.

If you are a fan of Warhammer Fantasy or in general Games Workshop IPs, then you may find the appeal in this turn-based, squad focused RPG. Otherwise, I’d recommend you’d pick it up when it goes on sale in the coming months. It’s currently available for £32.99 on both Playstation 4 and Xbox One for those interested in picking it up.