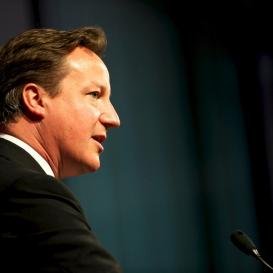 The Conservative leader shocked healthcare professionals by unexpectedly pledging nearly £1bn of funding to mental health in a bid to particularly help those suffering with teenage anorexia and support mothers experiencing post-natal depression*.

I’m not exactly a massive David Cameron fan, but I applaud him for being the first British PM to do a speech about mental health.

He said: “Giving people the right mental health support is one of the most important ways to make sure everyone has the best start in life and gets the care they need.”

However, as mental illness costs the UK over £100bn a year, the money pledged will not even come close to the amount of funding the NHS needs. This is especially the case when people look at it in terms of the cuts David Cameron’s policies have already made common practice.

With the proposals focusing solely on two areas of mental health, I wonder if the other sectors are being neglected. Are they seen as less important? Is he just making the job easier for himself by narrowing down the areas that need help while services need improving across the board?

One in five mothers develop a mental health problem around the time of the birth of their child and some 30,000 more women need specialist services. Whilst it’s expected that this year alone one in four will develop a problem such as depression or anxiety, with suicide now the leading cause of death for men under 50.

Making clear his understanding of the stigma surrounding mental health, the Prime Minister said: “As a country we should be far more open about mental health. Less hushed tones and more frank discussion.”

“We need to take away that shame, that embarrassment… Let people know when the clouds descend they don’t have to suffer silently.”

The NHS have welcomed the proposals, having recommended them for some time.

Paul Farmer, Chief Executive of Mind and Independent Chair of NHS England’s Taskforce on Mental Health, said: “This is a significant moment for mental health and we are pleased to see the Prime Minister giving it the attention it deserves. Mental health is hugely important in any discussion about improving life chances and mental health problems can affect anyone, from mums-to-be preparing for their first child to older people at risk of isolation.”

The comments and funding undoubtedly represent progress in a society where mental health has often been the poor relation to physical health. The first step to finding a solution is to accept there is a problem, only then can progress be made.

I suppose progress is progress, but I’m still sceptical.

*See the announcements in full here.

What do you think of the pledge? Let us know in the comments below!