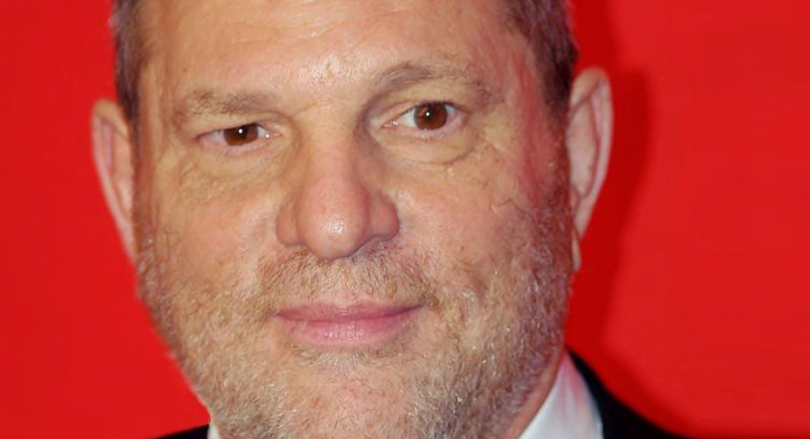 The Demise of Weinstein

The exodus started with Rose Mcgowan – the actress who settled a suit of sexual harassment against renowned movie producer executive Harvey Weinstein. Angelina Jolie, Gwyneth Paltrow, Ashley Judd and Lupita Nyong’o were just a few of those who came out with their Weinstein experiences over the past couple of weeks.

And, of course, there was that now infamous audio recording, exposing his behaviour for the world to hear. Most recently, #MeToo has resurfaced on Twitter – it is worth knowing about the founder of the hashtag; Tarana Burke (a black woman who has not received much of the recognition she deserves for creating a way to engage with women who were sufferers of serious abuse).

Why is sexual assault labeled “inappropriate”? As a survivor I feel utterly dismissed by this term. It was CRIMINAL. It was BRUTAL. #MeToo

In the wake of all of these sexual assault claims, many who are or were in high public positions seem to be falling on their swords – however insincere their apologies may be. George Bush Senior has apologized for sexual assault claims and British female MP’s have been releasing statements about their experiences at Westminster. The spotlight is once again on former child actor Corey Feldman, who has come forward numerous times throughout his career to discuss Hollywood’s issue with molestation and sexual predators in the industry.

So why don’t women speak up more?

Unfortunately, the buck does not stop with Hollywood, or anywhere else in the unscrupulous entertainment industry. These things are happening each and every day in workplaces around the world. What does a woman do in a situation where her dignity is compromised, but her career is on the line?  In a recent episode of US Talk Panel Show ‘The View’, they discussed the fact that women who are struggling in a toxic environment at work where they are being sexually abused and harassed are often afraid that speaking up is not worth losing their only source of income.

Women are often afraid that speaking up is not worth losing their only source of income.

Reporting a crime against one’s body can often seem futile and pointless, let alone a life-changing move that could end all career prospects and ruin your reputation. According to data collected by the TUC and The Everyday Sexism project, out of 1500 women over half of them had been victimised at work. This statistic rose to a 63% when looking at the 16-24 age group.

I know this, because I have been in the same situation myself and to this day have not reported it. It has nothing to do with not wanting to protect anyone else, I wanted to scream it from the mountain tops because I didn’t think a man in such a position should be allowed to abuse his power and further his business, while making young women feel uncomfortable and silencing us while offering a ‘leg up’ into the media world. It was more complex than that.

Victim shaming and making excuses for sexual predators is WHY people are afraid to speak out. I'm not. Not any more. FUCK it. #METOO

Usually, women do not report such crimes because of fear and intimidation playing a role, but more often than not we are also weighing up our options and all the varying outcomes of telling our truth. The outcome seems bleak when everything is taken into consideration. I thought if I confronted the issue how I really wanted to, i.e. by totally exposing this man; I’d be out of job I was really doing well at and enjoying. I didn’t want to sacrifice that for him.

What would my manager/producer say about me to other men he was rubbing shoulders with? Would I become branded difficult, disrespectful, lazy, arrogant – who knew what lies could be made up in retaliation? What about his wife? Even if I did put all this to the side and get ‘help’, who could I tell? Where could I run to? The Police? No act had actually been committed – just grooming-like tactics and sexually inappropriate comments. There were no Unions for me or other women I could talk to – we all worked different shifts so none of us ever interacted. I felt trapped.

Women stay in these positions for so many reasons, with socio-economics playing a major role in a lot of decisions made to stay in toxic work environments. Although sexual harassment perpetrators do not discriminate against class, age or race for the most part- they seize opportunities to disregard morality and law, and use their power or influence to get results. Women are still paid less than men across the board, but are more likely to be the ones in single parent households, more likely to get chronic illnesses, and less likely to be believed or be promoted to the top positions of companies. All of this fosters an environment within which women feel both stifled and silenced.

Who would believe the secretary typing the bosses' notes over the boss who writes the cheques and makes the decisions?

How do we move forward?

We need to start thinking primarily of ourselves, and letting the other cards fall where they may.

Whoopi Goldberg gave a great piece of advice on ‘The View,’ by telling women to create their own unions. Keeping an eye on things, checking when they are alone if they are being harassed and speaking up if they are. A refusal to keep harassment to yourself would create solidarity in numbers.

A refusal to keep harassment to yourself would create solidarity in numbers.

It may not be the answer, but by speaking out at least to each other, by telling our stories, normalising the voice of the victim and not honouring the privacy of the perpetrator, we can begin to create a shift in power dynamics one step at a time.