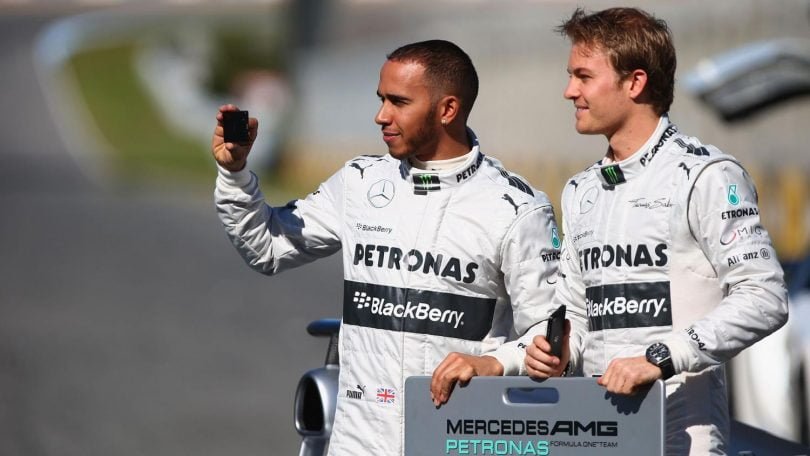 Another Friday and yet another day dominated by the Mercedes pair of Lewis Hamilton and Nico Rosberg however it did not go without a hitch.

Another Friday and yet another day dominated by the Mercedes pair of Lewis Hamilton and Nico Rosberg however it did not go without a hitch.

Whilst both of todays sessions ahead of the Italian Grand Prix were lead by the silver arrows pair, Lewis Hamilton heads into qualifying on the back foot after Hamilton lost the majority of the afternoon session.

As usual the teams struggled to get to grips in the early stages of the session with the usual Monza low spec aero packages mixed with the unusual cloudy conditions.

Whilst it was Hamilton who led Rosberg in the morning, the roles were reversed come the afternoon. As the championship leader pounded his way around the 5.7 km circuit the Brit was stranded in the garage.

Despite losing over half the afternoon Hamilton recovered to just shadow the German. Hamilton would have gone faster on his qualifying simulation however he hit traffic at the Ascari chicane and lost time.

Whilst it was Mercedes in the ascendancy throughout the day, today was extremely close.  If Ferrari can replicate the pace that they showed today then we could be in for a shock.

Kimi Raikkonen carried over his great form from Spa by finishing the afternoon ahead of Ferrari teammate Fernando Alonso. The Fin set a time of 1:26.331.

For Daniel Ricciardo who lies third in the championship it was a difficult day for the Australian. Ricciardo finished sixteenth in the morning but had a much better in the afternoon by managing to make his way into the top ten.

Whilst Ricciardo’s day left a lot to be admired his teammate Sebastian Vettel had a much better day, the four time would champion ended his day by posting the seventh fastest time.

Kevin Magnussen had the most productive afternoon by completing 44 laps and setting a time good enough for eighth place.

A one stop race

As usual the Italian Grand Prix looks to be a one stop race. The option tyre did not degrade as much as it has at other circuits throughout the season. With just one stop looking like the way to go this weekend the chances of jumping the driver ahead in the stops look slim.

Whilst Mercedes look the favourites for pole position in qualifying there is a threat from behind in the form of Williams and Ferrari.

With Lewis Hamilton making an error on his first run on his qualifying simulation whilst the Brit was held up on his second attempt, whilst being held up in traffic Hamilton finished just .061 behind the German.

Will Hamilton be able to take his first pole position since the Spanish Grand Prix? Or will Nico Rosberg take pole position again or even someone other than the championship leaders?

Leave your comments below.