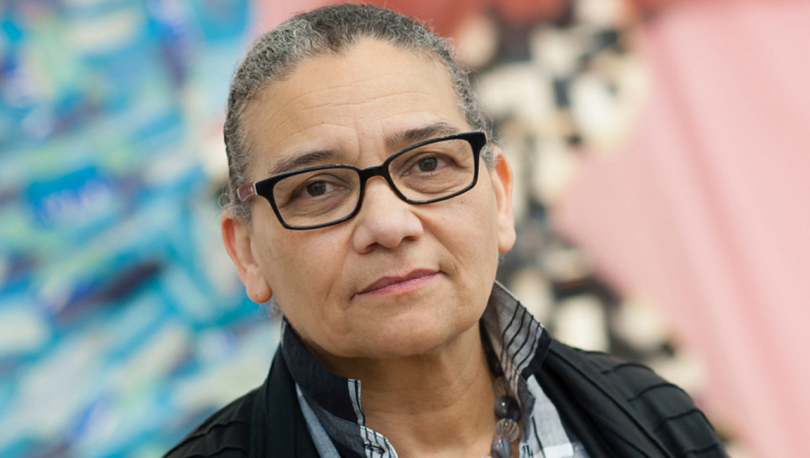 Lubaina Himid won the Turner Prize this Tuesday night, an internationally acclaimed award in the field of contemporary art, and is the first black woman to ever accomplish this, as well as the oldest.

The Turner Prize was established in 1984 and it aims to highlight a “British” artist — meaning either born, living, or working in Britain — for any outstanding exhibition put on anywhere in the world. It was created to spark debate and to encourage wider interest in contemporary art and was founded by a group called the Patrons of New Art.

Every year there are four nominees for the award. The first-place winner receives £25,000, and each of the three other shortlisted artists receive £5,000.

This year, the award ceremony took place in Hull, the 2017 UK City of Culture at the Ferens Art Gallery. The four nominated artists were Hurvin Anderson, Andrea Büttner, Rosalind Nashashibi, and Lubaina Himid — the winner.

The artist was born in 1954 in Zanzibar, Tanzania, and is the oldest artist to have ever received this award. She’s a professor of Contemporary Art at the University of Central Lancashire, and has organized both solo and group exhibitions in a variety of countries since the 80s, such as South Korea and the Netherlands.

Himid’s work focuses on the African diaspora, celebrating Black creativity through paintings, prints, drawing and installations. Among the many topics she has tackled are the slave industry and its legacies, the hidden and forgotten about the cultural contribution made by African people, and institutionalized invisibility.

One of her well-known works exhibited in The Place is Here at Nottingham Contemporary in 2017 is A Fashionable Marriage, designed and elaborated in 1986. Inspired by William Hogarth’s “Marriage a la Mode 4” from 1743, the colourful stage set features cutouts, collages, drawings and paintings relating the historical inspiration to the 1980s political climate, incorporating newspaper headlines and images of Ronald Reagan and Margaret Thatcher. 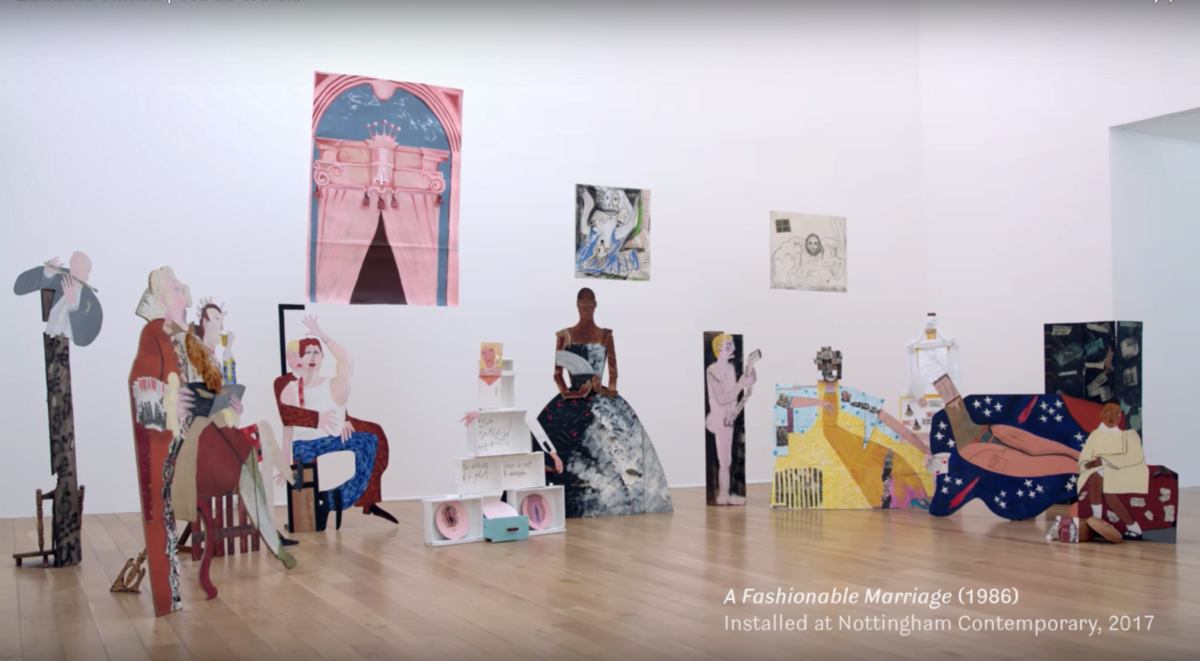 Alongside her artistic creations celebrating blackness, she has curated several exhibitions to showcase underrepresented Black artists, advocating for a more prominent role in the art world of such creators.

First black woman to ever win the Turner prize. About time! https://t.co/Tb6uyELMyO

In her acceptance speech, Lubaina Himid thanked her mother, “for letting [her] do what I wanted as long as [she] came home by 10 pm”; the art historians who supported her work “during the wilderness years” and the people who stopped her in the streets of Preston and Hull to wish her luck. The artist also added that she had won the prize on behalf of a lot of people — “I won it for all the times we put our head above the parapet and we tried to do things and we failed. People have died in the meantime. For all the black women who never did win it even though they’ve been shortlisted. It feels good for that reason.”