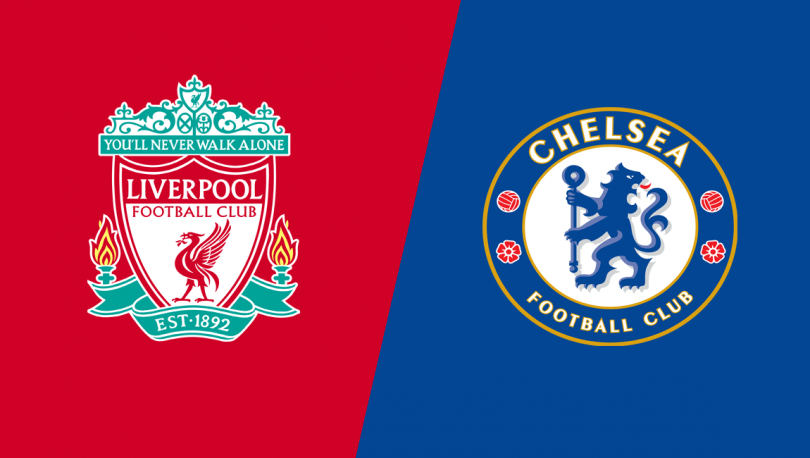 Only three points separate Liverpool in fifth and Chelsea in third after 12 games, although it’s not quite as simple as that. The Reds are on 22 points and have a goal difference of seven. Arsenal and Burnley are also on 22 points, but with goal differences of six and three respectively. With Tottenham in third on 23 points, the top four could look very interesting after this weekend.

Ahead of Saturday’s evening game, I used statistics from www.whoscored.com to compile a combined starting XI from the two teams. The players must have featured in at least five league games, and the overall rating is based purely on performances in the Premier League.

The formation used is 3-4-2-1. Liverpool have only started with a back four this season, however, the highest rated players are suited best to this formation, which has been used by Chelsea more than any other so far.

It may not come as a surprise to see Courtois in this team, with Liverpool’s well-documented goalkeeper troubles in recent years. The Belgian is tied in second place with Man City’s Ederson for clean sheets this season, both on six. While Mignolet (four) and Karius (one) have only managed five between them.

Joe Gomez has the highest average rating of any Liverpool defender this season, form which has seen him make his senior England debut. He has been used mostly at full back during his Liverpool career, but impressed in a back three for England against Brazil.

Despite seeming to be out of favour at Chelsea, David Luiz is second only to César Azpilicueta in terms of match rating, with Rüdiger (6.91) Christensen (6.88) and Cahill (6.74) all rating below. Nonetheless, the latter two, plus Azpilicueta are expected to start against Liverpool, in an unchanged side from the 4-0 win over West Brom.

The Spaniard his been consistent since he joined The Blues, and has transitioned well from full back to the centre of defence. It could be argued that his attacking contributions are standing out more this season, as he’s made an impressive five assists, forming a great bond with fellow countryman, Álvaro Morata, the recipient of all five.

Agüero, Kane, Lukaku and Morata have one (relevant) thing in common; they’re all Premier League strikers, playing for each team in the top four, who are one goal behind Mo Salah. The Egyptian has scored nine goals so far, meaning he could reach double-figures against his former club on Saturday. An early shout for signing of the season.

Alonso already has three goals this season, two of which came in a vital 2-1 win against Spurs. He managed six last year, which is great for a left back, but obviously he’s found himself further forward. Liverpool’s Spanish left back, Alberto Moreno, has manged no goals or assists this season, and has a rating of 6.90.

Not much needs to be said for the man who has won the past two Premier Leagues with different teams, and swept a host of individual awards. He has more tackles (3.4) and interceptions (2.2) per game than teammate Tiémoué Bakayoko (2.8 and 1.1) and Liverpool’s Jordan Henderson (2.4 and.1).

Having to fill the boots of Nemanja Matic was considered to be a big task, after the Serbian joined Man Utd. As mentioned, Bakayoko has made 2.8 tackles per game, and 1.1 interceptions. Matic has managed fewer tackles per game, 1.8, but more interceptions, 1.7. The Frenchman is ahead in goals and assists though, having scored one and set up two. Matic has just one assist.

The Brazilian has only featured in six league games this season, yet he is Liverpool’s highest rated player, and has scored three goals and made two assists. He has also been awarded Man of the Match three times, the same amount as Mo Salah. The creative battle between him and Eden Hazard will be a spectacle, and I’m sure Barcelona will be watching keenly.

The Belgian has played around an hour more of league football this season than Philippe Coutinho, and has the same amount of goals and Man of the Match awards, but only one assist. He does boast a higher pass success rate though, 84.1% compared to the Brazilian’s 80.8%. There isn’t much between them, but whoever comes up with the goods has a great chance of winning it for his team.

Although Mo Salah is the Premier League’s top scorer, Morata shares second place with some illustrious company. He has assisted more goals than the rest though, with four. Chelsea have nine goals and assists from just him and Azpilicueta. Roberto Firmino has led the line for Liverpool this season, and has three goals and two assists.