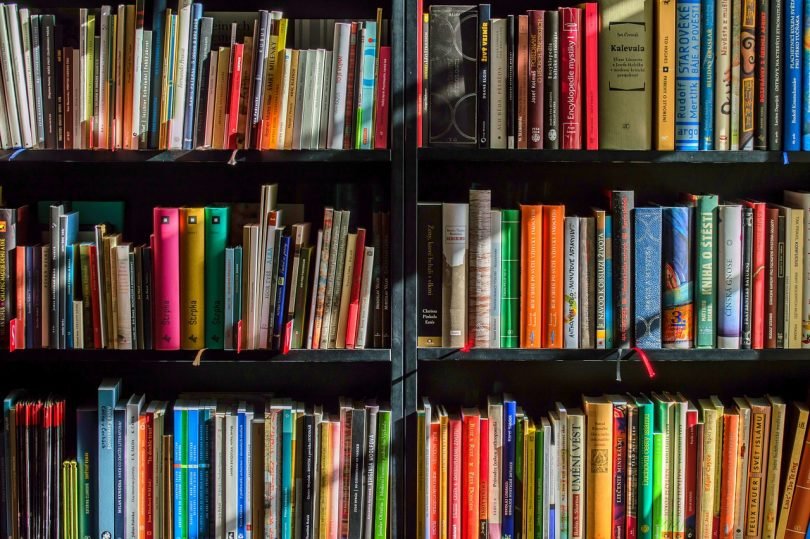 Modern life is overwhelming, to say the least. Technology, social media, and the race to save the planet are just a few concerns of day to day life. Living in 2019 can feel like being hurtled along a high-speed rail with no end destination, and no stops along the way. However, like Britain’s infamous HS2, many parts of life that promise progression are put on hold, set in delay or simply regress: Trump is playacting Emperor Hadrian; women’s rights are in retrograde; and Britain, well, Britain’s political train crashed a long time ago.

With an overwhelming number of regressions in an age of progression, I turn to the wisdom of the written word. These five novels have particular resonance in 2019’s socio-political climate, read on to see what we can learn.

Harper Lee, To Kill a Mockingbird

So long as there is inequality in the world, Lee’s novel will always have resounding truth. Not just a raw revelation of injustice, To Kill is also a lesson in empathy. Early in the novel Atticus tells Scout ‘[you] never really understand a person until you consider things from his point of view.’ As we step out beyond our own situation and into the realities of others, we realise that the prejudices that define us are born through the stubborn refusal to understand one another. In 2019, more than race divides us. Xenophobia plagues Britain and the US, religious extremism continues to fuel hatred and even clothes for certain bodies are kept in different areas of shops. It is by nature of literature that the reader finds that they, too, ‘climb into [the] skin [of the characters] and walk around in it.’ A fundamental truth, Atticus’s lesson reminds us that it is only through standing together that we can break down what tears us apart.

A delicate, dedicated narrative, Things Fall Apart, is a vital story of the misrepresentation of history. The final page of the novel rejects the protagonist, Onkonkwo’s, centrality, resting on the thoughts of the colonial ruler. The novel ends corrupted by  the white man, his perspective reduces every detail, every emotion, every page of the preceding novel to ‘[p]erhaps not a whole chapter but a reasonable paragraph’. This one significant moment of dismissal turns the novel into a jarring eulogy for the many individual lives faded into insignificance through colonial conquest. Achebe’s novel is a lesson of the past, the present and, if we don’t learn, the future: unless we adequately represent the oppressed, history will continue to overwrite the voices of lives that matter. Oppression will perpetuate and it will be justified by the absence of an alternative story. History lays the foundations to the future, but it lies within the present to shape it.

Following a resurgence in popularity since Trump’s election, Atwood’s dystopia feels closer than ever. The release of the sequel, The Testaments, stresses a theme Offred contemplates throughout the first novel: complying with a narrative that is alternative to the truth facilitates our own destruction. Regression can be as subtle as progression and it might only be when nine states have restricted access to abortion and there are only 18 months to save the planet, that we question where things have gone wrong. Through layers of irony, dissent and disappointment, Atwood takes us to a dystopian world to ask, can we stop things from getting this bad? Can we change the future, when we blind ourselves to the horrors of the present?

Yet another tale of bleak reality. Thought-provoking and lyrical, Camus awakens the reader to an ancient truth of humanity: we are all born condemned. Mersault, Camus’s alienated protagonist, represents the outsider in all of us, the senselessness of belonging to a mortal world, and the exile of those enslaved to this realisation. The night before his execution, Mersault welcomes ‘the tender indifference of the world’ as a fate so beyond his control and yet so central to his being that it is like a long-lost brother. It is the immediacy of death that brings a sense of purpose to his living. Perhaps humans thrive off a sense of fatalist urgency in order to succeed. A notion which might explain our attitude towards climate change (and can we find in it an answer to Atwood’s plight?). In the now eighteen months left to save the planet, I hope we find a sense of purpose and appreciation for this finite world and do our best to protect it.

Fake news, social media, and photo editing apps  make it hard to keep a grasp on everyday reality. Rushdie’s novel similarly seeks the boundaries of actuality. Saleem Sinai’s first-person narrative continually reminds us that his personal history is just fiction.  Yet, informed by a labyrinthine history of India, the novel is also testimony. The act of reading a novel establishes, however vague, some boundary between fiction and reality. But when that story reeks of fact, of history, and yet continually denies its own reliability, is it fair to ask how much of what we know, how much of what we take for granted shares this nature of unreliability? Life, like the novel, is a product of both fact and fiction. It is only through the existence of falsehood that we are conscious of reality. Seek reality where there is none, and you will be sure to find it.

Even literature from the past has something true to say of the present. Perhaps there are some things that we can never change, or perhaps, we aren’t even really trying.