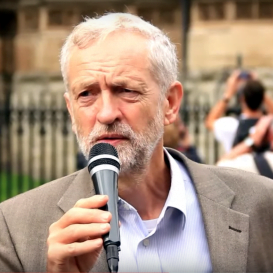 Alledged racial discrimination and misogyny within the Labour Party has angered Muslim women up and down the country. They claim their election chances are being thwarted by men in the community. The Muslims Womens Network has written an open letter to Jeremey Corbyn informing him of the problem and demanding he look at why this minority is being discriminated against.

Activist Shaista Gohir is outraged at the party’s response for their demand for an inquiry into “systematic misogyny displayed by significant numbers of Muslim male local councillors”.

She describes it as a “slap in the face”.

Whilst Labour defend itself as a party with an excellent record of choosing female and minority candidates, one above every other party, these women don’t agree.

This treatment may be an ‘open secret’ among many local councils, claims Shaista and Labour MP Gavin Shuker.

They refer to how the issue may lie in a refusal of council members to acknowledge this complaint or any potential barriers which face black and minority women, due to their own behaviour.

The Network speaks of a smear campaign against them and their goals to become part of the political elite, leading to their attempts to engage with the party.

Shuker himself states that during his time as MP he has fought to raise issues of sexism and discrimination but the attempts were refused by senior Labour figures.

He has had meetings with various people, trying to discuss his concerns with Labour’s selection process. Yet his talks with general secretary Iain McNicol, head of risk management Mike Creighton, and Dan Simpson have led nowhere.

It truly seems Labour party members are trying to keep a tight lip on the issue, or at least aren’t aware of this alleged prejudice.

A Labour spokesman, who gave a statement on the 5th February, addressed it only to say: “Selection procedures [that] include strong positive action procedures such as all-women shortlists and rules to ensure women are women are selected in winnable council seats.”

Whatever the truth is, women from the Islamic faith still feel attacked by the procedures in place, which they claim has led to bigotry.

When BBC Newsnight spoke to Muslim women from across the nation, they had this to say;

“They don’t like women to be heard, to be empowered,”

Muslim women who want to become councillors are often of very high quality but are barred from success in areas with a high-Muslim population.

Jean Khote, a labour council member in Leicester, said these decisions were made by people higher up in the party.

She added: “There were brilliant women on the panel. I’ve met them and had discussions with them,”

The discrimination is defended on grounds of poor applications, but many women have shared their stories which paint a different picture.

Fozia Parveen, optician, told of her experience in her fight to become a Labour councillor  and how the males of the party destroyed her chances, by claiming she was having an affair with an existing councillor. Her mother even alleges that Labour councillors would turn up at her house and try to intimidate her.

Shazia Bashir, first choice in 2007 for a seat in Peterborough, claims her dads lack of consent meant she was persuaded into stepping down.

These stories, and many others from people who didn’t give their names to Newsnight, raise issues of the intersection between feminism and Islam.

A underlying societal and religious narrative is effecting the minority females in the Muslim community, but it seems no one knows who is to blame.

The gender divide within parliament is something which Jeremy Corbyn has addressed in the past, sharing his desire for a 50/50 parliament.