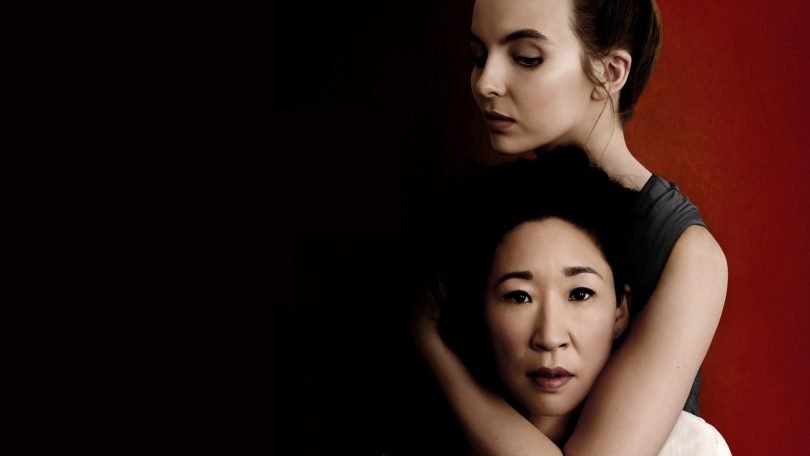 I will get straight to it, Killing Eve is a masterpiece. Eight episodes of humour, drama, adrenaline and pure class from a stellar cast and production team. Lead by Grey’s Anatomy alumni Sandra Oh and Jodie Comer, Killing Eve is a cat and mouse thriller which leaves you questioning your own sanity … ‘why on earth am I in love with a psychopath?’. You may read this and think, how, how on earth could you possibly love a character so disturbing and violent, but it happens to the best of us. Somehow Jodie Comer who plays the Russian Assassin makes you like her, makes you feel something for her, this is just one of the many, many reasons Killing Eve is pure and simply amazing.

Let’s start in the usual spot, from the beginning. The Americans had it first. In fairness we had Comer first so I guess we can forgive them. Either way BBC America decided we deserved an awesome show to binge watch. They discovered the incredible talent that is Jodie Comer, they already knew Sandra Oh was a blessing, so what could possibly go wrong. The premise is simple, two strong female leads who play an intriguing game of cat and mouse. Thanks to a rather smoking hot trailer, the build up was as intense as the action it was promoting.

Tuning in on Saturday night was hard to avoid, whether it was terrible or insanely good, a lot of the country was inevitably going to watch. In a time where power to the female is at an all time high, knowing this featured strong female characters was very appealing. Now I will admit, I was a tad late to the party. I had to work until late so I was about an hour late tuning in on BBC Three, and thanks to a sneaky scroll through Twitter I knew how this was going to go. The early hours of my Sunday morning was fully dedicated to Killing Eve, which in my mind was a completely rational plan. So that was exactly what happened.

It just did something to me

It’s hard to pin point at the exact moment I fell in love with the show or the exact moment which made it a classic for me, but from the very beginning it held it’s own as a solid binge-watch drama. Every line from Villanelle became a meme, every moment iconic, every glance sending a shiver down the spine of even the toughest of people. Detective Eve is played by Sandra Oh, a strong headed, comedic and dedicated character who is ever so clearly obsessed with Comer’s Villanelle. It is a love/hate relationship. They immersed themselves in each other, they became each other’s achilles heel. With each episode you wonder whether the sexual chemistry will be given in to, you wonder whether they actually want the chase to be over. They need each other. It is intense, thrilling, exciting and the best way to spend a Saturday night.

Created by Phoebe Waller-Bridge, Killing Eve is representative of the progress being made in television. Yes, the female leads are attractive but their beauty isn’t what makes the show: it isn’t what is used to capture the viewer, and the fact they didn’t give in to a lesbian tryst means they weren’t trying to create hysteria. They are pure, genuine talent. Jodie Comer has been on our radar in the UK for a number of years now – the likes of My Mad Fat Diary and Doctor Foster are just two of the many programmes she has been a shining light in. She is a young, versatile actress who can clearly try her hand at many different accents. Sandra Oh has been in the limelight now for many years, an underrated actress who was more than deserving of this three dimensional role.

We also must not forget the supporting cast – for those Harry Potter fans out there you will recognise Fiona Shaw who played Patricia Dursley. In Killing Eve she plays an MI6 agent who is or isn’t dodgy and is certainly in bed with the Russians. There is also Kim Bodnia who plays Konstantine, another complex character who has a rather interesting relationship with Villanelle. He provides the coded postcards with her next kills. 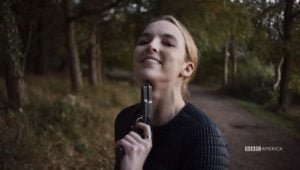 If you haven’t already watched it then you absolutely have to. Eight episodes at forty minutes each is half a day or an entire evening. I can promise you won’t regret tuning in and falling victim to the charm of Comer. BBC iPlayer has every episode you need. What an absolute triumph. Welcome to the new age of TV: Killing Eve has proved that women can play characters whose body and/or sexuality being displayed as the reason for their power.