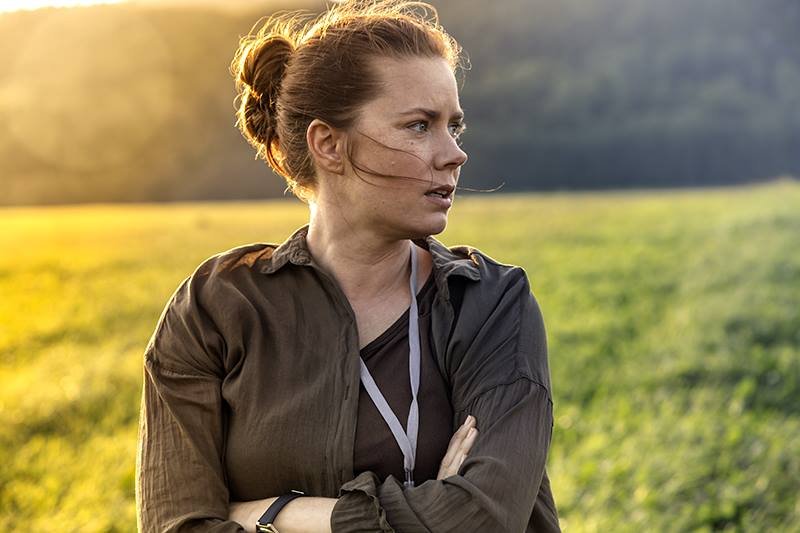 2016 has been an interesting year in film. This was the year the blockbuster flopped, with the highly-anticipated Suicide Squad being the year’s biggest let-down; the year Moonlight generated a substantial amount of steam in the run-up to the awards season, swimming firmly against the tide of the ‘Oscars so White’ scandal in February; and the year in which we returned to the Harry Potter universe, with the excellent Fantastic Beasts and Where to Find Them, proving once again that J.K. Rowling is yet to run out of magic ink in her pen.

As 2017 looms, this is the time in which we can reflect on the best that 2016 has had to offer in film. We asked our writers to submit short pieces on their favourite releases of the past twelve months, with varying and controversial results.

Here is what they had to say:

Fantastic Beasts and Where to Find Them

Fantastic Beasts definitely deserves a spot on the list. Many Harry Potter fans, myself included, have really been looking forward to this film, and it certainly didn’t disappoint. Visually, the film was stunning. Fantastic Beasts is a vivid, illustrative representation of JK Rowling’s wizarding world, and it continues the outstanding design and artistry first began in the original eight Potter films, adding a brand new spin to the classic films. The beauty is in the detail here, and it is these small, subtle details that really make the film stand out. The story is imaginative, showcasing a fun, engaging plot packed with plenty of humour and subtext. It may not be the most challenging or innovative film of the year, but it’s certainly fun, and it has captured the hearts of fans and critics alike.

Banished to the edge of the forest, a New England family have to deal with the horror of exile from their Puritan community. First, one of their children goes missing, then their crops fail – is this all down to bad luck, or is there something more sinister afoot? The Witch is a stressful experience; what it lacks in jump scares it makes up for in tense hysteria and paranoia. It is more than just a spooky film –  the religious and supernatural imagery are in conversation with female repression and sexuality, as well as patriarchal dominance and the demonisation of the feminine. The film commits to its place in time (lifting dialogue directly from contemporary diaries and documents), is shot beautifully in natural lighting, feels like a folktale, and stars a goat called Black Phillip who may be talking to the children. It is a real work of art.

Amy Adams, at 42, starred in her second leading role in November, after Tom Ford’s Nocturnal Animals – an achievement in itself, defying the lack of roles for women over 40 in Hollywood. Arrival sees her play a linguistics professor, called in by the military to communicate with aliens on board an oval-shaped UFO that miraculously drops from the sky. However, Arrival is more Saussure than Star Trek and acts as a thrilling introduction to the construction and use of language. As Louise and her team of translators build a visual language with the alien species, the relationships between foreign states start to break down as China threatens destruction. Arrival, then, is about the power of language, geopolitics, and, as the film’s big reveal spirals into focus, our perception of time. Thrilling, intelligent, and haunting, it’s perhaps one of the best sci-fi films to arrive in years; we wish only that it could’ve stayed a little longer.

Documenting the real life story behind the Spotlight team at the Boston Globe, who in the early 2000s uncovered widespread sexual abuse within the Catholic Church, Spotlight eschews dramatic flair for a celebration of the methodical and professional work of journalists. Its unpatronising presentation of the process makes it a marvel to watch, as the team go from source to source, clue to clue, piecing together an earth-shattering story. Conflicts arise (is it a good thing to decimate the image of the church in a tight-knit Catholic community?), thinly-veiled threats are aimed at the Spotlight team, but they know they are on to a story that will shock the world, and they cannot get it wrong. Spotlight is a masterclass in storytelling, inviting you along for the journey rather than toying with your emotions through melodrama. It is impossible not to feel a huge amount of respect for what journalism can be, and in a year where journalists have often been ignored due to political manipulation of the mainstream media, the film is a timely reminder of the professionalism of investigative journalism.

Nicholas Winding Refn polarised critics at the Cannes film festival with his latest arthouse offering. As always, his highbrow blend of highly stylised cinematography, minimalist dialogue, and icy characters both mesmerised and bored reviewers. Elle Fanning stars as a 16-year-old who moves to LA in order to a pursue a career in modelling. As she ascends into the lap of the high fashion gods, she encounters a string of voyeuristic photographers, manipulative peers envious of her natural beauty, and casting directors who latch onto her innocence; she’s a fawn in a Labyrinth of jealousy, malice, and desire. The Neon Demon is like a novel by Bret Easton Ellis – just as malicious, but seen through a surreal lens of vibrant colour. It’s a horror film that spirals slowly into darkness, as the border between the real and the unreal begins to blur. Criticised for a lack of any emotional weight or nuance, Refn’s latest is all about surface surface surface. But what a surface it is. Refracted into a kaleidoscope of desire, The Neon Demon will send you into a trance.

Director Richard Linklater returns to a much smaller time-frame after the epic sprawl of Boyhood, a coming-of-age tale that spanned 12 years. Everybody Wants Some!!, by comparison, takes place over a weekend, as protagonist Jake is about to start college. He moves in with the guys on the baseball team he will be playing with, and the film follows what he and his housemates get up to before classes start on Monday. Linklater excels in dealing with plotlessness – nothing really happens, except we hang out with Jake and his teammates as they go dancing, try to hook up, have baseball practice, and try to out-do each other at every opportunity. On paper, it sounds overwhelmingly macho, but there is something about how real the whole thing feels; Everybody Wants Some!! ends up having a massive and welcoming heart. The early 80s were a more innocent time, and with a funky soundtrack and an ensemble who seem to be having the time of their lives, it is a shame we don’t follow Jake over his whole semester. There was no better film in 2016 that was about absolutely nothing in particular.

Batman v Superman: Dawn of Justice is easily Zack Snyder’s best film since Legend of the Guardians: The Owls of Ga'Hoole. This film is just so good – there is no ability to feel negativity about it. The film's score was composed by Hans Zimmer (the man who also composed the score to the much weaker Christopher Nolan Batman franchise). It contains all the epic feel of a superhero smackdown, clenching us to the edge of our seats. Larry Fong shows his ability as cinematographer to truly capture the vivid colours and grit of a comic book world, making this Frank Milleresque Batman world believable and real. The jarring narrative was really great because I had to pay attention to be able to follow the plot. After the film ended, it left me with questions of whether the film made sense. Are we real? Are films real? Who is Descartes? Why are my toes numb? I also liked the damsel in distress role Amy Adams played as Superman’s love interest Lois Lane. A good comic book film can’t be made without in-depth comic book references that will alienate the vast majority of your audience. By that standard, Batman v Superman: Dawn of Justice is the best comic book film ever made.

What was your favourite film of the year? Let us know in the comments below!