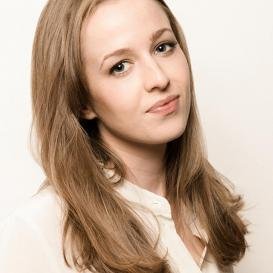 British TV star Holli Dempsey quickly rose to fame after her role as Vicky in Derek. We spoke to Holli back in April last year, and since then she has also played Vera in the star-studded film Dad’s Army. Now she is back on our screens, showing off even more of her talent by starring in E4’s brand new comedy show, The Aliens.

You’re playing Holly in new show The Aliens, can you tell us a bit about your character?

She is Lewis’ (played by Michael Socha) sister. Lewis is such a good lad, he just wants a normal life and yet every time he steps out of the house or stays in, really awful stuff goes down. His sister is a great character, and I love her, but she is ‘off the wall’ and drags him into a bit of trouble. She is not the best influence to him.

What attracted you to play the character of Holly?

All of the above. She is such a hysterical character, when you read the script it just jumps off the page at you and I thought, ‘this would be so much fun to play with.’ She is just so different to me.

How does it differ to the roles you have played in the past?

I guess there is a screw line between all of them as they are all played by me, but this is different as it is an outward comedy role. It is something I have always wanted to play as she is so brass and wild. 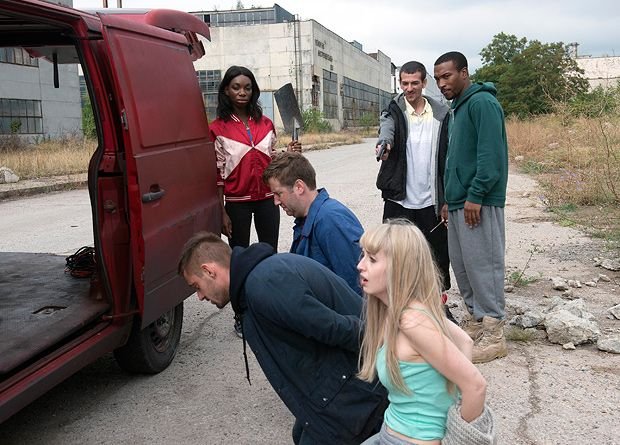 Obviously this series is a comedy, do you enjoy those types of roles the most?

Congratulations on your role in the hit film, Dad’s Army. How was the experience of working on such a big production?

It was incredible. Every time the door opened at the first meeting we had, you would be like ‘look who has just walked in!’ Wherever you turned there was another legend popping up. I was filming Derek at the same time though so I was very busy. They were great jobs to have done, so no complaints.

Has starring in Dad’s Army made you want to do more acting for film or does your heart lie with TV?

I love doing all acting. I think TV is changing, it’s losing the stigma it used to have. TV used to be the underdog. Now everyone is wanting to get into new TV series because channels are making them so exciting and movies aren’t long enough nowadays. I just want to keep doing as much acting as I can.

There are some brilliant actors and actresses in The Aliens cast, how did it feel to work alongside them?

I feel like it’s a Dad’s Army cast of 2016, so by the time we get to their age, I like to think we’ll all have done as much as they have. I’ve known Michaela Coel since I was about 15. It’s lovely to work with her because we had a few moments where you just pinch each other.

Well I’ve had so many auditions this week, but nothing for definite. You sort of have to accept that out of work is still in work. I just can’t believe it’s already March!

Catch Holli in The Aliens on E4 which starts March 4 at 9pm.