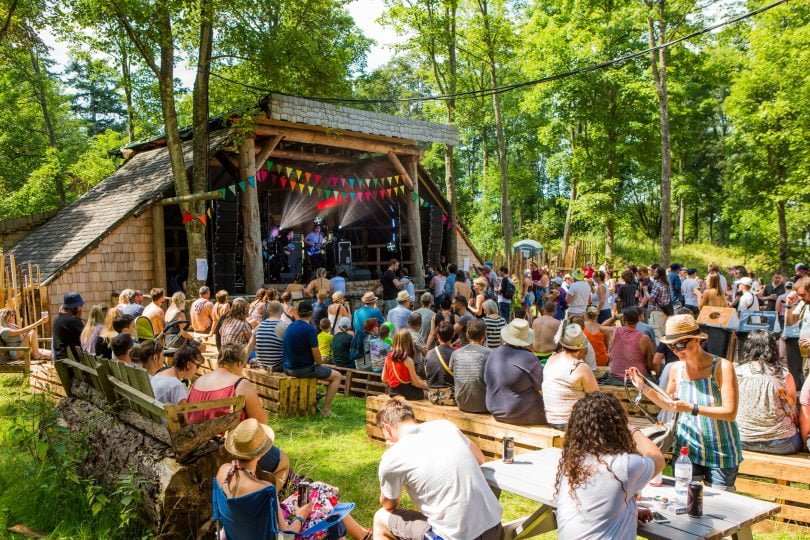 For some reason I now extrapolate the word ‘fields’ to ‘fields of wheat’ and on to ‘running through fields of wheat’. But the last thing you will see in the fields of Kendal Calling is the confusingly angular yet saggy Theresa May indulging in a speedy jaunt across the plains. No, you are more likely to encounter a plethora of music, art installations and a community of revellers jiving away at one of fourteen stages!

“Community” is definitely the word to describe Kendal; the festival is an all-inclusive retreat and advertises itself as a family friendly environment. But don’t let the thought of ankle biters killing your buzz put you off, the atmosphere here is amazing, it really does feel like a movement as opposed to disparate tribes vying for attention in a downward spiral of self-flagellation (Leeds festival et al).

“But Dave, there are so many UK festivals out there now, why should I choose Kendal Calling?

The price gradually increases throughout the year, but even as I type you can get a full weekend pass for £148! This is the third batch to be released and you could have snapped the last batch up for £135. The only person selling stuff cheaper is ants in my eyes Johnson.

“But Dave I am a poor student, the Tories have raped me for every penny to receive this piss poor university education”.

Don’t fear folks, you can even pay in monthly instalments or split the cost over 3 payments

If CAMRA are reading this, maybe you can hook me up with a free membership: because if there is one thing better than sitting in a deer park listening to music, it is doing so with a cool refreshing hand drawn pint of real ale. Say goodbye to your lukewarm can of piss and say hello to malt and delicious hops. The festival were also one of the first to introduce the reusable cup deposit scheme, making the festival both eco-friendly and tasty!

Okay, so the line-up pales in comparison to Rock Werchter, but there are still huge acts. This year boasts Nile Rogers, Manic Street Preachers, Orbital, Sir Tom Jones (an actual knight), Leftfield, Idles….I could go on. The comedy stage is also stacked with Josh Widdicombe (The last leg) and Reginald D Hunter (Have I got news for you) taking centre stage.

What I like at a festival is the lulls in the line-up where you can go and hunt for the next big thing, try your hand at some arts, get involved in a conger line, go slip and sliding, have a water fight, try to find the most messed up or drunk person at the festival or some other randomness.

Here there is so much going on that you are never far away from some kind of action and having just seen Anteros mount a headline UK tour, I can attest to the fact that you might see the next big thing by having a mooch around the Yam riot tent or chilling in the Garden of Eden.

For an alternative feel, try skanking, grooving and be-bopping to whatever is happening in the Chai Wallah or hit up one of three dance stages.

Get involved with site art, a huge carnival style procession, play games in the woods, observe performance art or join the rest of the masses in dressing up.

I have had the most random interactions of my life at this festival. From trying to bribe my way into a pole dancing cage, to puppet based interviews and a chat with a guy that had veg strapped to his face. Embrace the random that Kendal has to offer.

An adventure 65 million years in the making; this year’s theme is a Jurassic Kendal Calling, so expect to see epic street art from the mid-Mesozoic, caged raptors, sultry saurischians and terrifying therapods.

Or in layperson’s terms inflatable t-rex suit fights a plenty.

The field is open! 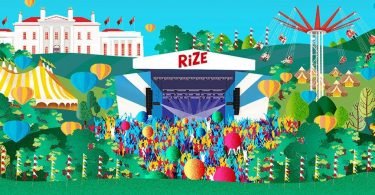