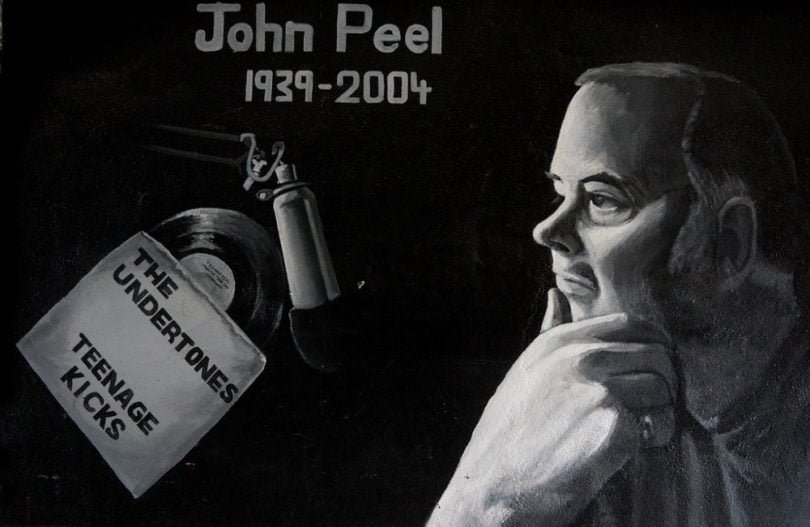 In an edition of Write On, the former BBC World Service programme devoted to examinations of its output, a programme they profiled was described as one that split listeners. It was said to be a phenomenon that either caused “blood to boil or the heart to beat just a little bit faster.”

Some of them prepared to switch off in disgust as they heard the theme tune, while others waited in adoration to hear what would be the content of that week’s show.

The programme in question was the music programme presented by John Peel, the broadcaster known for his long time tenure at Radio 1 from the station’s beginnings in 1967 until his death in 2004. The World Service programme was similar to that of his Radio 1 show, in which new music from all corners of the world were played.

'The master of his own show'

Floods of records were sent by post, as the first hint of new genres gained national exposure through the Peel effect. Along the way, artists hoped that their record impressed him so much that it garnered a spot in a programme that was seen by many as not just an ordinary radio show, but that of a curated playlist – evoking feelings of curiosity but always guaranteed to remain effervescent.

Indeed, there is one occasion on his Radio 1 programme where Peel had played a record twice. That came from The Undertones, a band from Northern Ireland, with their song Teenage Kicks, a record that he adored.

His World Service producer, Bobby Seiler, summed up Peel's philosophy in putting together a show.

“John really is the master of his own show. He is the one whose taste is represented in that show.”

Though the programme was equally loved and loathed, Peel, through his work, gave a valuable lesson to those aspiring for careers in the media. It is a lesson that remains just as important in the media landscape of the twenty-first century – the need and desire to be authentic.

We live in an age where anyone can publish anything. No longer is media simply confined to conventional mediums like radio or newspapers – the internet has expanded the creation of content, while social media has given potential to enhance its reach.

As a result, the landscape has become competitive, and along the way, one of many big questions emerge – how can I make a distinctive impact?

We aspire to work in the media not because we seek fame or fortune, but to inform, engage and stimulate. We have passions that we want to share and stories we want to tell. We believe that the mediums that we work in can make an impact – no matter how crowded.

Yet, being authentic can appear to be a difficult task, in an age where with the internet, a certain subject can see a plethora of offerings. Almost immediately, it can be discouraging, and one wonders if their contribution, albeit minute, is worthwhile?

It starts with your passion. What are you passionate about? Do you like telling stories, appearing in front of the camera or sitting behind a microphone?

Then, consider the content. Is there a subject you’re particularly interested in? How would you curate that? Do you want it to be your voice in the content or do you want to let others tell the story?

For Peel, his passion was music, particularly new music – championing new artists and giving them unique exposure. It was an ability for him to give some tips on what he was listening to and what he thought others might like.

Yet, at the same time, it was something that wasn’t rushed. Peel had a routine as Seiler explained when he put together his programme for the World Service – he chose all the records and the timing of when those records would be played. He connected point A to point B and made it seamless.

The answer to the question of creating an authentic experience is something that isn’t immediately available. It’s worth taking time to consider your craft and how you want to be distinct. Take time to talk to people in the field, even those who inspire you – their insight can help. Also consider what you would be bringing – if there is a different way you want to approach something or if there is a niche you want to bring.