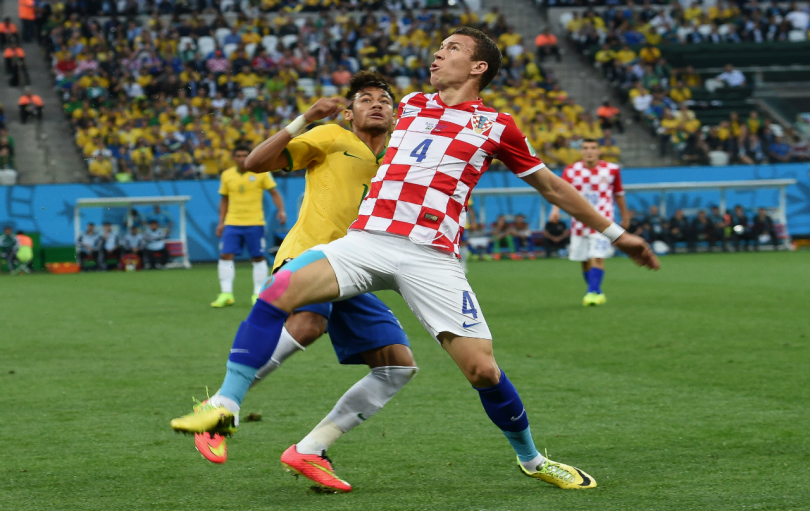 Who will Chelsea replace Diego Costa with? Will Real Madrid finally bring David de Gea to the Santiago Bernabeu?

These are just two summer transfer stories that football fans have been following since the summer transfer window opened, with rumours and updates thrown out to the sporting masses on a rolling basis.

One fresh rumour that has stayed constant throughout the summer concerns Inter Milan's Ivan Perisic and a move to Manchester United. It has become a 'will he, won't he?' situation for the 28-year-old Croatian international, with the €50 million asking price being an ongoing stumbling block for the Red Devils.

But according to Italian sports newspaper La Gazzetta dello Sport, "The Ivan Perisic saga is close to coming to an end, one way or another".

And the Independent report they are confident of the signing happening sooner rather than later.

With Perisic's move looking increasingly more likely, what would he bring to England's most successful football club?

True width over inside forwards

Whether it's George Best, David Beckham, Ryan Giggs, or Andrei Kanchelskis, Man Utd have always been known for game-winning playmakers on the flanks.

In recent years the club has seen a switch to a mixture of inside forwards (Anthony Martial) or wide attacking midfielders (Juan Mata) – and whilst very talented in their own rights, the stylistic change has conincided with a drop in productivity, with wins being harder to come by.

With 11 goals and 12 assists last season, Perisic would bring true width to the team, intimidating fullbacks with his pace and crossing ability. His reported aggression and tenacity is also everything manager Jose Mourinho looks for in his players.

Judgement day for those he replaces

With the arrival of Romelu Lukaku for £75 million from Everton, it's Marcus Rashford and Anthony Martial who are most likely to lose out if Perisic arrives at Old Trafford.

The two played a significant number of games on the left wing in the 2016/17 season, playing second fiddle to Zlatan Ibrahimovic up front. With Perisic being an obvious starter on the left, it's up to Rashford and Martial to battle it out to force themselves into Jose Mourinho's plans.

But if pre-season is anything to go by, Jose will have a welcome problem on his hands, with Rashford and Martial both netting in their first game vs. LA Galaxy, or twice in Rashford's case.

A continued and welcomed change to a 'Galactico'

The likes of Radamel Falcao, Angel Di Maria and Memphis Depay have all come and gone since the great Scot's retirement, with 'lesser' names, such as Daley Blind and Ander Herrera, having a far greater effect at the club, winning over fans and pundits along the way

Since Jose Mourinho took over the reigns, we've seen a return to the 'Sir Alex Ferguson model', mixing names and needs. The arrival of the likes of Paul Pogba and Romelu Lukaku have brought the headlines, but it is the additonal acquisitions of the likes of Eric Bailly (right) and Victor Lindelof that will make the club a force to be reckoned with.

Perisic would be a continuation of this re-assessment of the transfer market under Mourinho, with logic and rationality prioritised over superstar names for commercial benefit.