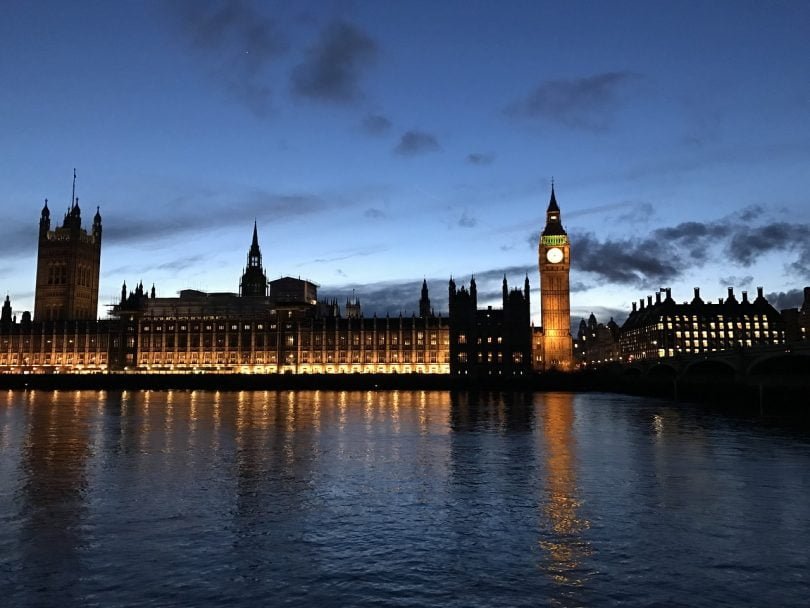 What was meant to be a standard cheeky Nandos took a rather interesting turn. During the meal with some friends, the conversation shifted onto politics, and once it does, there’s no going back.

Even though most of us sat round the table were particularly interested in politics, it was rather surprising that hardly anyone considered a future career in politics. Despite the accolades that come with being a Member of Parliament, in helping to shape policy and upholding ‘the will of the people’, when you begin to unravel the finer details it’s not hard to see why so many reject it.

As Charles De Gaulle famously remarked “I have come to the conclusion that politics is too serious a matter to be left alone to the politicians”. There is an incredibly thin line between constantly scrutinising Members of Parliament in the hope of “catching them out” and politicians themselves talking in “soundbites”. MPs must be held to account but done so in a suitable way. The ITV’s Good Morning Britain presenter, Richard Madeley, interviewed Defence Secretary, Gavin Williamson in May 2018. This interview was like no other; social media erupted after the presenter ended the interview with the MP who appeared reluctant to provide any clear answers to the questions he was asked.

Madeley was resolute in his belief: “No, no, Mr Williamson, I asked you a straight question,”

Richard Madeley cuts off Gavin Williamson in awkward on air encounter as minister spectacularly fails to answer a question. https://t.co/kTL38MAtUy

What was most striking about this interview is how it epitomised the overwhelmingly negative projection of British politics. Gavin Williamson was clearly another case of an MP simply too afraid to say anything that may appear remotely “offscript” and then feature on the front page of every newspaper. Ultimately, we should stop seeking to recreate the thrill that comes with watching a politician make mistakes on national television or have an utter-car crash of an interview. It seems the days have passed whereby British politics encompassed charismatic and authoritative such as Tony Blair and Margaret Thatcher. These individuals made you listen so intensely to every word they uttered through the aura they commanded.

The British media undeniably plays a crucial role in holding governments to account and must continue to do so at all costs. Upholding a safe space for debating and discussing relevant issues is vital. However, this has been limited by the increasing fixation on the personality and ‘people behind the policies’. The 2017 General Election interview, aired on Sky News, featured the “clash of the Jeremies”. The robust, no-nonsense interviewer, Jeremy Paxman, sat down with the Labour leader and Islington North constituent, Jeremy Corbyn. Paxman appeared to heavily focus on Corbyn’s personal qualities which, while important, do not bear any significance in comparison to the policies he proposed. Much of the glamorisation and presidential nature of British politics can be attributed to the New Labour Blair years.

But those days are long gone. In such a crucial yet fragile time as this, with Brexit discussions intensifying, all emphasis should be directed onto policies. And nothing else. Headlines such as those from the Daily Mail in 2017, “Never mind Brexit, who won Legs-it!”, once again reiterate the need to remove the sexist and unnecessarily showbiz-like facet that is indoctrinated within politics.

In stark contrast, the so-called “bigger personalities” of political figures such as Boris Johnson and Nigel Farage often go unchecked. The lack of excessive scrutiny, especially against the former, has raised questions as to why some politicians are subjected to harsher treatment than others. Given Boris Johnson’s crucial role as Foreign Secretary, he surprisingly remained largely unscathed despite his misinformed remarks led to British-Iranian dual citizen, Nazanin Zaghari-Ratcliffe being faced with the prospect of the Iranian court doubling her sentence to ten years. If one was to advocate that all politicians should resign after they made an error then there would be no politicians left. Rather, questions must be asked as to why some MPs are given greater leniency and scope for error than others. Had this been another individual, on the opposing side of the political spectrum, perhaps it is accurate to say they would have received more criticism.

Attack their principles not their personality

There’s no getting past the fact that politicians are far from being saints. You only have to look at the 2009 MPs expenses scandal to tell you otherwise. But rather, the point, who is? Much more credible to the maintenance of government accountability is focusing on critiquing principles. This was evident as shown by Amber Rudd’s central role in the Windrush scandal. With a higher position comes a greater level of responsibility and in turn, scrutiny.

Amber Rudd, the former Home Secretary, was the demise of her own downfall and simply could not continue. The defining moment came when she appeared before the Home Affairs Select Committee and stated that the Home Office had no targets for immigration removals. However, a few days later, The Guardian leaked a secret document from the Home Office proving that they had set targets. With an overwhelming loss of public and political confidence, the MP had no choice but to resign.

The national resentment to the treatment of the Windrush generation that followed was orchestrated by a plethora of MPs. David Lammy, the representative for the constituency of Tottenham, frequently used Twitter to convey his disapproval of the events that unfolded. Some of the tweets were as follows:

I have just received a letter telling me to be “grateful” as a black man for all “we have done for those black people who came to live here” or “go back to where ever you came from”. I was born in the Whittington Hospital the son of Windrush migrants. And I will speak for them. pic.twitter.com/WkCeDpLQPf

And let me be clear, following the 1948 Nationality Act my parents and the Windrush Generation were invited here as British citizens. Learn your history. Citizens have been retrospectively renamed as “immigrants” as a result of legislation & policy pandering to far-right rhetoric