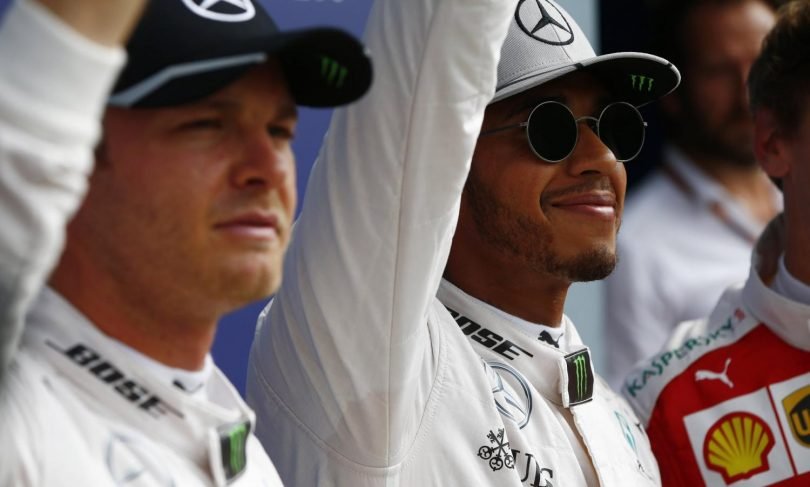 Lewis Hamilton cruises into his 13th pole position for Mercedes ahead of tomorrow’s race after beating team – mate Nice Rosberg by 0.478s only half a second at Monza. This was also Lewis fifth pole at Monza to equal the record shared by Juan Manuel Fangio and Ayrton Senna. If Hamilton wins tomorrows Italian GP he will extend his nine point lead in the world championship board, ahead of Nico.

Vettel will start in third position after finishing off Q3 with 1m 21.972s for Ferrari with team- mate Kim Raikkonen in fourth position but was 0.837secs adrift of Hamilton. It was great day for Haas race driver Esteban Gutierrez as he gave the team their first Q3 as he delivered a fast lap time of 1:23.184, he’ll start in 10th place on the grid tomorrow. His team- mate Romain Grosjean qualified in 12th place but will start in 17th with penalty after sliding off into the gravel at Ascari that resulted into a four minute deployment of the virtual safety car.

Valtteri Bottas managed to get ahead of both Red Bulls of Daniel Ricciardo and Max Verstappen in 5th place after doing a fastest lap of 1:22.388 for Williams. Force India pair Sergio Perez and Nico Hulkenberg, who had both complained about the balance of their cars on Friday, finished in ninth and 11th place. Both McLaren drivers Jenson Button and Fernando Alonso placed in 12th and 17th respectively.