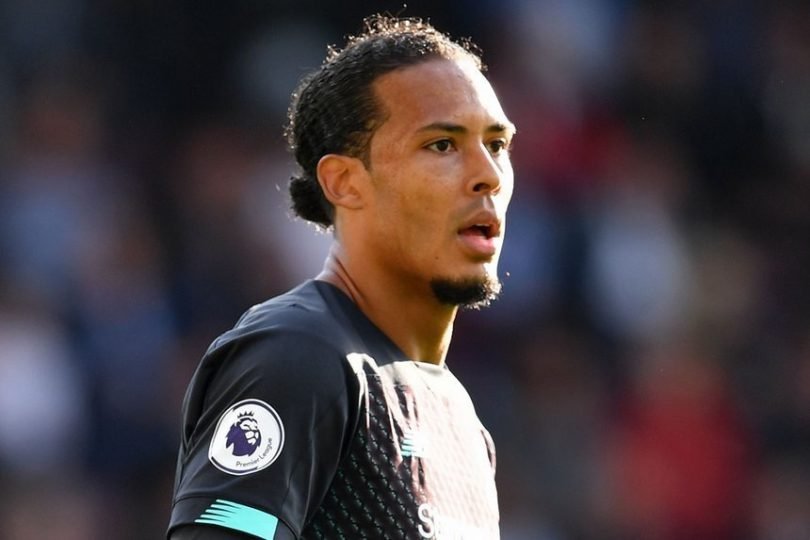 its still early on in the season but I have already watched multiple Liverpool games both in the league and in Europe and I am beginning to notice a change in Virgil Van Dijk’s play. The 28-year-old has started making odd decisions during matches that generally have gone unnoticed but they have stuck with me and Van Dijk’s error in Wednesday’s Champions League defeat in Naples has all but cemented my opinion that his confidence has risen too high.

To be fair you can hardly blame him after having such an outstanding season with Liverpool last year. The Reds won their sixth European title and came so close to winning the Premier League whilst Van Dijk himself collected a number of personal awards on the way. He was named the PFA Player of the Year, the UEFA Men’s Player of the Year and the UEFA Defender of the Season.

However, I first noticed the center-half’s questionable decisions in Liverpool’s away win against Southampton back in August. It was midway through the second half, the away side were leading and Van Dijk had possession just inside his own half. He drove into Saints’ territory and decided to shoot from about 40 yards out. The shot went high and wide. Now I know a CB having a long-range shot isn’t the craziest thing you’ll ever see but it caught me off guard. Van Dijk has this calm persona about him where he just seems to always know what he is doing, he somehow always makes the right decision. That’s why him taking a pot-shot from 40+ yards confused me. But hey, it was just once right? Think nothing of it. Then it happened again. Newcastle at home in the last Premier League match. The visitors had taken an early lead and Liverpool looked lackluster. Once again Virgil drives into the Toon half and decides to try his luck from some distance. Once again his effort was more of a threat to those sat in row Z than Newcastle ‘keeper Martin Dubrakva. Perhaps a bit of frustration getting the better of Van Dijk after seeing his team put on a disappointing display but again his decision to take on such an audacious shot where the possibility of success was so low was a strange one. At the time the commentators made a little joke of it and proceeded to move on but these anomalies stuck with me. I had never seen Van Dijk make such an uncharacteristic decision and now he has made two in the space of four games?

Fortunately for VVD these choices didn’t result in Liverpool’s misfortune – until Wednesday night. The Reds were down but certainly not out against Napoli. They were trailing 1-0 with just a couple minutes to go when José Callejón and Dries Mertens tried to play a one-two in Liverpool’s final third. Van Dijk managed to intercept the play but, instead of either playing a simple pass or just clearing the danger, he tried to drop the shoulder and fake out Callejón. The Napoli forward didn’t bite and the Liverpool defender suddenly panicked, now under pressure from Mertens he pokes the ball blindly away – straight into the path of Fernando Llorente who took full advantage to double the home side’s lead. Once again I found myself questioning the decision-making of the best defender in the world. He was trying to be too clever in a time and place where anything but clever was needed. If this was Virgil Van Dijk 12 months ago I know that wouldn’t have happened. In fact I know the Virgil Van Dijk of last season wouldn’t have made any of these suspect decisions, so why now? What has changed? Perhaps the question is not ‘is his confidence too high?’ but instead ‘is he trying to live up to the reputation he has built for himself? And is he starting to feel the strains of that pressure?’ Maybe boss Jurgen Klopp is pushing the 28-year-old to add another dimension to his game and he is struggling to deliver? Who knows. Its just food for thought.

That error is the first this season the Dutchman has made that has lead directly to a goal – this equals his tally for the entirety of last season. Don’t get me wrong, this isn’t me saying Virgil Van Dijk has lost it and he isn’t the player he was, I still believe he is the best center-back in the world, I’m just pointing out that I have started to notice these differences in his game. I can only imagine the pressure Van Dijk is under to deliver each week. When you have a £75 million price tag people expect a certain level. Then when you have a season like VVD had last year that only sets the bar higher. Perhaps he is pushing himself to be an even better player than ever before, and by doing so it is actually causing him to make uncharacteristic errors. Whatever it is, Van Dijk needs to recognize and nullify it before these errors become too familiar to his play.