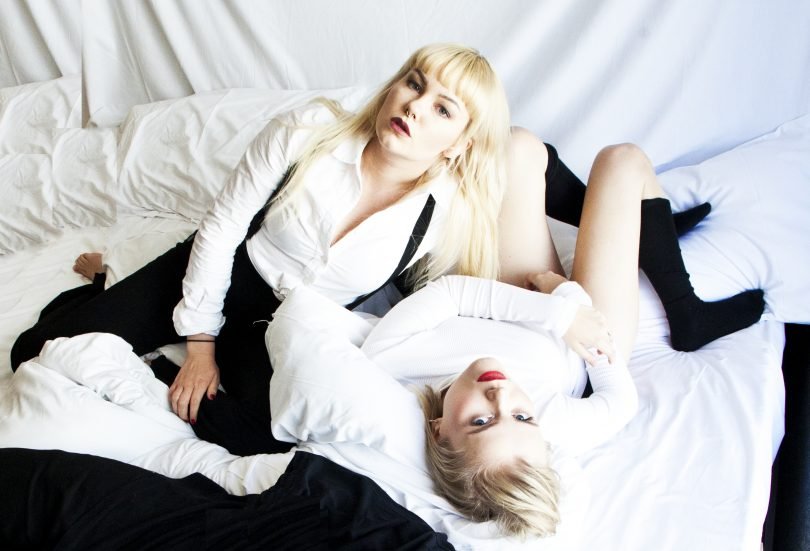 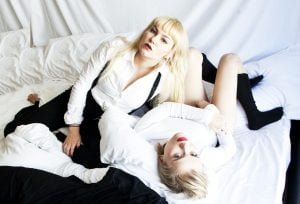 Doing their thing with no apologies are The Magnettes. Fearless, fun and ready to ensure you have a killer track to kick start your Saturday nights, thy ooze the kind of attitude we have missed from the music industry in past years. KimnKanye is their latest offering and it is a blast. You can check out the video for it here but before that, get to know the people behind the music.

So KimnKanye, tell us more about it, how did the idea for the song come about and when did you settle on the title?

The beat came first, and it was basically just a mock-up disco beat inspired by a LÉON track. Most of the drums, the strings, the synths and the guitars are taken directly from the first demo. Then Tomas wrote most of the chorus in his car while listening to the beat in his cellphone and Kim N Kanye were in the lyrics from the first draft, so that was pretty much always the title. Before that we just called it the disco rip-off track. We’d been talking a lot about Kim and Kanye as a power couple, how insanely weird and dramatic their lives must be and how fucking tight they seem to be in the midst of that. This was probably around the time Kim K spilled the beans on Taylor Swift, or possibly after she was robbed in Paris, so she must’ve been unusually top of mind in our lives, but it’s not really about them, just about being that close and in charge.

The only thing that went through a lot of changes were the verses, both melodically and lyrically, that we all wound up writing together over time. You can probably find early versions on YouTube. We ended up cutting the live bridge to make space for Young Ash’s section, which we absolutely fucking loved from the first time we heard it.

For those who haven’t seen you play before, what can we expect from your live shows?

We’re pretty energetic, theatrical, usually up in your face and all over the place. It’s sweaty and sexy and ugly and fun.

What else can we expect from you this year?

New music and videos. We’re working on our second album. We’re also touring Canada and Europe and going to a lot of new places, like India.

You will be heading to London later this month. How are you feeling about this show? How do you prepare for shows like this?

It’s kind of the starting point of this year of touring so we’re really excited about it. We’ve got some new songs good to go and we’ve rebuilt the show and thrown away the old outfits. We can’t wait!

You must get to play in some amazing places. Do you have any favourites so far?

Social media has become an important part of the day to day management of a band. Do you enjoy this aspect of it?

We love being able to interact with fans from different parts of the world. The other day a girl from Taiwan uploaded a cover of Pajala State of Mind that beat the living shit out of us.

Top 5 items you won’t travel without?

As long as we have power converters, chargers, make-up, our drum pad and our Doc Martens we’re pretty much good to go.