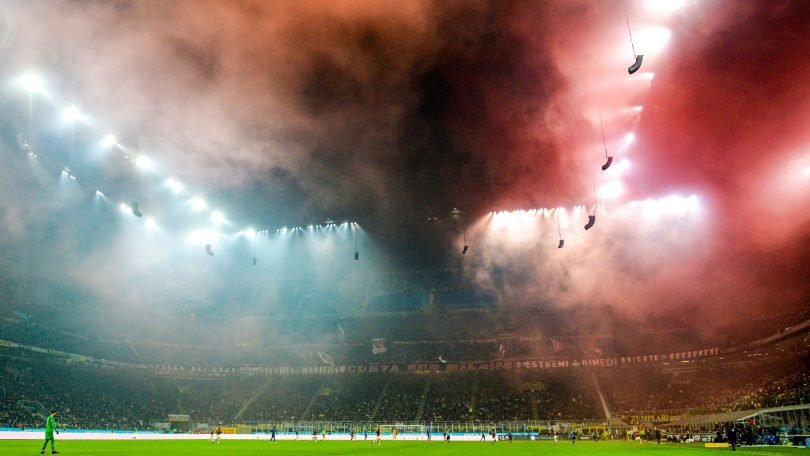 When Fabio Meazza blew the full time whistle in yet another thrilling Milan derby on Sunday I genuinely sat back, exhaled and was silent for two minutes. How can a fixture that get consistently hyped up deliver EVERY. SINGLE. TIME. It’s game’s like this, rivalries like this that made me fall in love with football.

In what was one of the last Milan Derby’s in the iconic San Siro, Inter and AC played out an absolute belter In front of a sell out crowd. The ‘away side’ started much stronger, controlled possession and almost broke the deadlock inside 10 minutes when midfielder Hakan Çalhanoğlu hit the post with a rasping drive. AC were playing like a side who had won three of their last four games and deservedly went ahead in the 40th minute when Ante Rebic converted from all of two yards out after Zlatan Ibrahimović cleverly found him with a powering header.

Then, just six minutes later, the 38-year-old Swede headed in his first Derby della Madonnina goal since May 2012 to give his side a 2-0 lead going into the break. 13 years after making his debut in a Milan Derby and Zlatan was still influencing this historic fixture. There were doubts he would even play after suffering from illness in the week but we all knew deep down he would never miss this game, we all knew he would have an impact and like the entertainer he is, he delivered.

This seemed a pivotal moment in Inter’s season. For the first time in a long time they had a genuine chance of winning Serie A. Juventus were not running away with it like they do most years, they even lost on Saturday meaning a home win would send Inter Milan back to the summit. They were two nil down, at home, in the derby. If there was ever a moment to show the manager, to show the owners, to show the fans that they wanted this championship, this was it. Go out and put everything on the line to win this game!

The second half begins and already the increased intensity in Inter’s play is evident. The clock ticks over to the 51st minute. Antonio Candreva cuts in from the right and takes aim but his shot is blocked and loops up in the air, as the ball falls out of the cold Italian night sky Marcelo Brozović follows it all the way and guides a wonderfully cultured volley into the bottom corner. The deficit is halved. Suddenly Inter are now playing with the confidence and assertiveness that their rivals possessed in the first half. It’s like the two teams had swapped shirts at half time (god forbid!) but now, finally, the home side’s intensity matched the passion and anger of their fans behind them. Before AC Milan had any chance to regroup and say to themselves ‘okay they’ve got a goal, let’s weather this storm and take back control of this match’ Inter were level. Alexis Sánchez broke the offside trap and laid it back to Matias Vecino who fed his shot through a couple of helpless Milan defenders to find the back of the net and send three quarters of the San Siro into hysteria. All that hard work from the away side undone in nine second half minutes. Now they had to somehow close the flood gates but this was near impossible as they had an Inter side with victory in their sites, fuelled by the roaring fans in their colosseum charging towards them. Over 15 minutes pass and the home side win a corner, then the inevitable happens. An out-swinging ball is met by a quite remarkable header from centre-half Stefan De Vrij who manages to stoop low enough to get under the ball and generate enough power to loop it back over the outstretching Gianluigi Donnarumma. A goal worthy of winning any derby.

Both teams hit the woodwork in the final 10 minutes. Firstly Inter’s new boy Christian Eriksen hit an absolute beauty of a free-kick from at least 35 yards out that hit the meeting of crossbar and post before Ibrahimović crashes a header against the post in the 90th minute! However, as AC pushed for an equaliser they never thought they’d be chasing at half time it meant they left holes at the back and the home side finally wrapped the game up when substitute Victor Moses found in-form striker Romelu Lukaku at the back stick to score his seventh goal in seven games. Game. Set. Match.

This truly was a derby for the ages and Inter’s celebrations at full time showed this was more than just three points. This brilliant, resilient comeback was a message not just to Juventus but to themselves that they are prepared to shed blood, sweat and tears to claim their 19th Serie A title. If Antonio Conte’s men do lift that trophy come May, I believe this will be the game they look back on and say ‘that was the one that made this happen’.