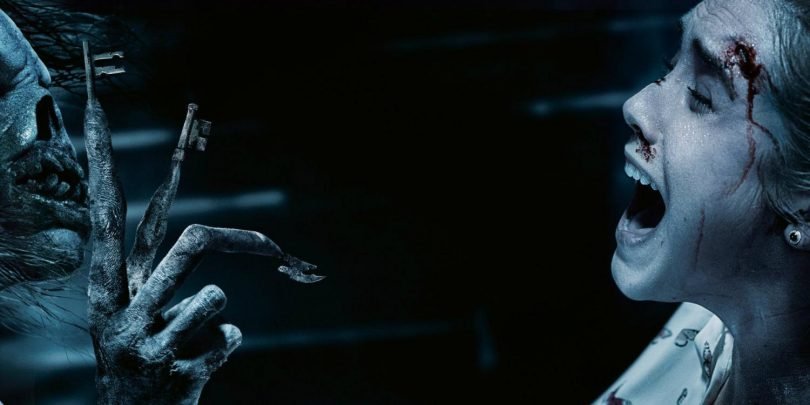 There has been a lot of talk of horror making a resrugence in recent years. Films such as the Witch, It Follows, and the eagerly anticipated Hereditary have had audiences hopeful that the genre is returning to a time when true suspense reigns supreme. Unfortunatley for anybody watching Insidious: The Last Key, this is not one of those films.

The fourth and final chapter of the Insidious series is possibly the most boring, ill thought out, and poorly acted installment yet. This movie feels like a cash grab, has very little substance and is further proof that this series really should not have gone on to churn out four films.

Set directly inbetween the first and the third films, The Last Key delves in to the past of reccuring character, and psychic fighter of evil, Elise Rainier (Lin Shayer), and sees her return to the house she grew up in. We soon find out that there's a demon residing in Elise's house (of course), that Elise herself had set free many years back. The movie focuses on Elise's return to her house to combat the demon when she is called in to help by the current owner. Cue the unwanted, unneeded and frankly annoying return of comic relief characters Spec's (Leigh Whannell) and Tucker (Angus Sampson).

The movie struggles right from the start. It's a boring premise to begin with; man thinks his house is haunted, called Elise, it's a demon, battle ensues. The Last Key doesn't attempt to go anywhere with it's premise, and it doesn't need to because there's plenty of jumpscares along the way to keeo you thinking that this is actually a horror film.

Lin Shayer's charcter of Elise was not the protagonist of the first movie, nor was she intended to be. But when BlumHouse decided to cash in on the success of the first two films they were left with a void to fill, and unfortunately, Shayer is not cut out to fill it. Her performance in the Last Key is the weakest of any of her performances in the Insidious series, and she just does not possess the range to try and carry an entire franchise, no matter how hard she tries. And in fariness to her, it's difficult to try and portray a character as dull and uninteresting as Elise Rainier over four whole movies, I'd have thought that a woman who defeats demons for a living would at least be slightly worth investing my interest in, but apprently not.

The comic relief charcters portrayed by Leigh Whannell and Angus Sampson also have no compelling aspects to them. The tweedle-dee and tweedle-dum format is so played out that it hurts to see it so painfully forced upon viewers.

Now we arrive at this film's biggest problem. It simply shouldn't have been made. And it shows in the writing, directing, and general lack of thought that went in to churning out this jump-scare fest. It's been a long time since I've sat down and watched a movie with such little substance. For starters, and spoiler ahead for the first insidious movie here, we know exaclty when Elise Rainier dies. This renders any perilous situation we find her in, completely meaningless and without suspense.

In conclusion Insidious: The Last Key was a film that never should have been. Without any real plotline, compelling characters or convincing performances, it was a terrible way to say goobye to a mediocre film series.