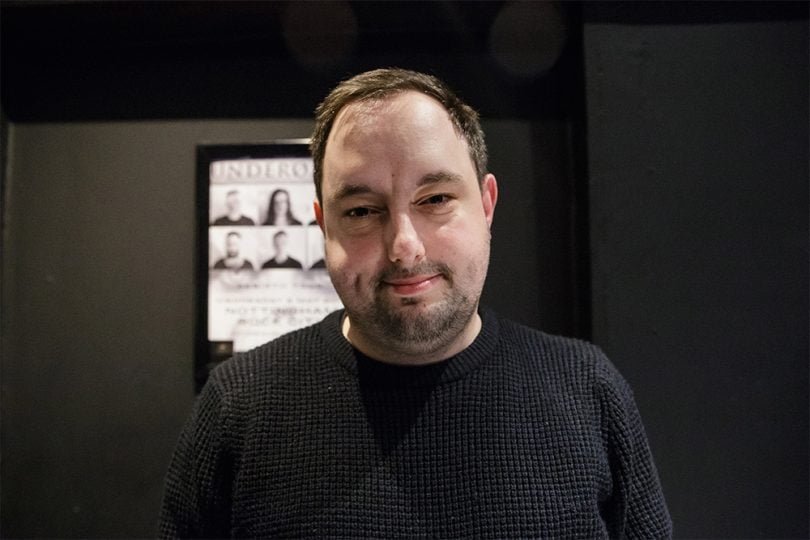 The landscape of Journalism has changed dramatically in the last decade with the music industry being one of the major casualties. Blogging has made social commentary more accessible whilst the power of short Twitter exchanges, vlogging and click bait ads make print journalism look like something from Edwardian times. News outlets have come and gone, writers have had to diversify and the way we absorb our information has meant more and more ‘Real Journalists’ are seemingly not needed. And now here we are in 2019, with a world which lives 90% of it’s time online we have drifted in to a digital world. But are we coming out of the other side again?

Yes certainly online outlets are taking up large chunks of our reading material but in the last year many online publications, especially in music, have had to close their sites. PR companies are finding it harder to sources places to send their material to. It is a tough market for both worlds right now. So I thought I would talk to the founder and chief editor of Already Heard, an online music publication which has been running for over six years now and has built a reputation for being a valuable and reliable source for music news, reviews and interviews.

Check out what he has to say here.

What was your first experience with music, the first album you bought or first gig you attended?

I’ve been a music fan as long as I can remember. I’m sure my earliest memory involves music; listening to Michael Jackson in my kitchen when I was about 4.

As for my first album, my older brother was big into Oasis, Blur and all those “BritPop” bands in the 90s so I kind of listened to similar stuff. I remember having Manic Street Preachers’ ‘Everything Must Go’, Radiohead’s ‘The Bends’ and Oasis’ ‘Definitely Maybe’ in my CD collection when I was still in Primary School. From there, my taste headed more in the pop-punk / nu-metal / rock stuff of the early 2000’s; Blink-182, Limp Bizkit, Linkin Park etc.

Living in a town between Nottingham and Lincoln and being young meant I didn’t go to a proper gig until I was 17 – Blink-182 at Nottingham Arena in February 2004 (I’ve just realised that’s 15 years ago!)

What made you consider Music Journalism?

I fell into it by accident. When I finished University (with a Joint Honours Degree in History and American Studies) in 2008, I didn’t have a plan and then the recession happened, resulting in struggling to find employment so I had a lot of times on my hands. I used to spend quite a bit of time on the Punktastic forums. There was a post about a new blog wanting writers and by chance, I had just written (or attempted to write) an album review just as something to do (‘Isn’t This Supposed to Be Fun!?’ by Farewell). So I showed my interest and was soon considered Co-Editor. Because I was unemployed, I was able to commit plenty of time to that site (Alter The Press), and played a major part it growing it.

When I was in my late teens, I never thought of being a music writer. It’s something that never entered my mind or even if it was possible. I’ll admit I wish I had found it as a passion earlier than I did, but it’s just one of those regrets I’ll have to live and move on with.

How did Already Heard begin? What made you start it up?

By mid-2011, I had been part of Alter The Press for three years, written for a few other online places, and was working full-time. Although I was Co-Editor, I was more or less running it and I was approaching burn out. My relationship with the owner and Editor deteriorated until the point I was forced out. I was disheartened but it was a weight off my shoulders. In the years that followed, Alter The Press went from covering rock, pop-punk, hardcore and so on to Ed Sheeran and One Direction as it was sold to some media company which I don’t think worked out too well. I just know AtP hasn’t been updated for a couple of years.

Anyway, I left AtP and contributed some pieces to other outlets (Stencil Magazine and Under The Review). I did that for a few months and then I started a Tumblr blog as I missed that void of running a site. Me and a friend (Mikey Brown) did it as a test run to see how it went. At the end of the year, we put it on hiatus and relaunched properly the following April as Already Heard with a team of writers and photographers.

One of the motives behind it was to highlight new music that we cared about with a key emphasis on original content. Admittedly, over the past six years, we’ve not always stuck to that and some people might just see us as a regular music website/blog. There have been times where the content we’ve produced has been on autopilot mode and could have been treated with more care. However, over the past 18 months or so, I think this is something we’ve rectified.

How much work would you say you put in to making this a successful publication?

I’d be lying if I didn’t admit that it’s like a second job. Most weeknights I come home from work and I’m sat on my laptop producing content, handling social media, answering emails and so on for several hours.

However, I much emphasise whatever success Already Heard has had isn’t all me. Over the course of almost seven years, we’ve had writers, photographers and videographers give their free time to produce content. I always consider Already Heard a team effort, although it may not always feel that way because of the sheer amount of work I put in. I guess because I have a deeper connection to it because I created the site.

What has been your highlight since starting Already Heard?

There have been various highlights. Of course, the opportunity to attend shows and festivals and interview bands is always a good perk but it’s not all about that. You might get into Download for free but you still have to work while you’re there, before you go and afterwards. Ask any editor or writer who isn’t running a site as their main job, and they’ll tell you how stressful the festival season is.

However saying that, getting to interview Tom DeLonge and Jim Atkins (of Jimmy Eat World) were personal highlights as was being able to attend Leeds Festival as press. When I was growing up, it was a festival I always attended. Although I had done as a “paying customer”, getting the opportunity to attend as media felt like a mark of validation for myself and the site. The same goes for Download Festival.

On a personal level, Already Heard has led me to meet people that I now consider friends; writers, photographers, and people involved in the industry. Much like the site, there are people I can confide and rely on both personally and professionally.

As a site, I feel we’ve gradually developed a following where our dedicated readers trust our opinion on reviews. Of course, I wish it was a bigger following but it’s a competitive market out there, even if the rate of active publications and sites seems to be dwindling. 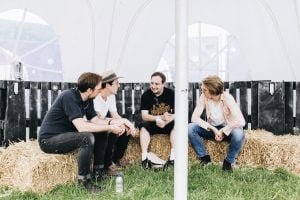 Sean interviewing The Xcerts at 2000 Trees.

In the current climate where publications are closing down, what makes you keep on going?

There’s a good Billboard article I think summed up the situation up pretty well. With streaming and the internet in general, there’s more music out there and when an editor is getting 200+ emails a day from labels, bands and publicists wanting to be heard, the demand is painfully overwhelming. It can be stressful, especially when you have other commitments – even for those who are lucky enough to write for full-time, paying publications. I think overall, sites that have folded because of the mental, and in some cases, the financial toll it takes on the people behind them.

As for Already Heard, it’s hard to pin down why we’re still going. I guess I’ve too dedicated to quit and admit failure. Although there have been a couple of times where we nearly did; we had a plan to wind down the site at the end of festival season. Nevertheless, we’re somehow still here. From a personal point of view, my mindset has changed over the past few months and it’s made the site more manageable and determined to succeed. Rather than stressing if/when content is going to be completed, I find time to myself (hence this interview).

What would you say has changed in the industry since you launched Already Heard?

As you can imagine, streaming and social media has had an impact.

In terms of being a writer and editor, I feel the role has become more varied. I think your skill set now has to go beyond writing, editing and using a blogging platform. To truly succeed, you need to know how to edit photos and videos for both desktop and mobile, record/edit audio for podcasting, design and code to maintain your site and so on.

In recent months, I’ve realised a site is no longer your anchor, it’s your brand (or name). And to grow, you need to have that brand visible across all platforms. Your site is an extension of your brand as is your Twitter, Facebook, Instagram, podcast etc, yet the site is still your brand’s core but not everyone goes to it instantly. I regularly get DM’s from bands asking how to contact us (another tip: use your initiative and do your research). People may know your name/brand but they may not know your main purpose.

and lastly … what are your top 5 records of all time?

This is impossible so I’m just going to name the first five albums that I can think of and that I’ve always been fond of.