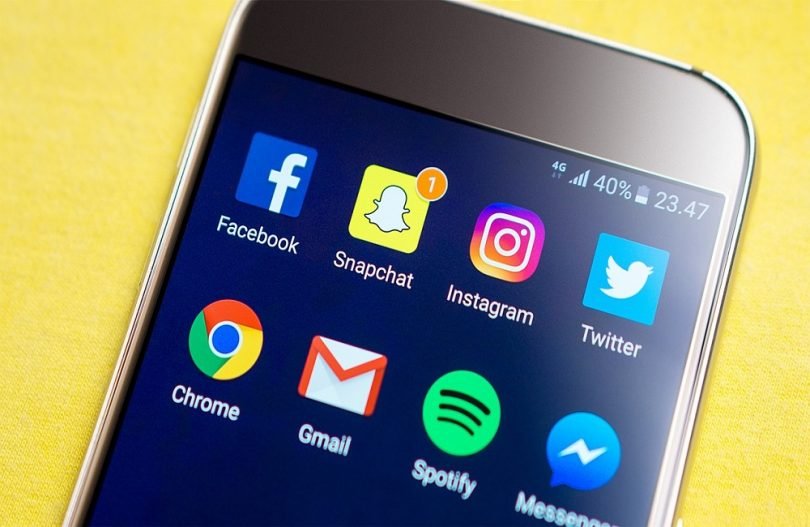 Peel your eyes away from that paperback and glue them to your phone screen instead!

Actually, don't – reading is amazing and superior to everything else. But reading aside, social media has been getting a hard time recently and there are positives which shouldn't be forgotten.

As ITV reports, the more time young people spend on social media the greater the negative impact on their mental health, according to the World Health Organisation. Similarly, the BBC reported on a poll by the Royal Society for Public Health which asked 1,479 14-24 year olds their thoughts on different popular social media apps. This stated that we may have a "mental health crisis" on our hands, with Instagram being rated as having the worst impact on young people.

In spite of that, Jay Watts of The Independent outlines how previous attempts to police social media have fallen flat, suggesting that adolescents will instead learn through their own experiences in order to have a healthy relationship with the Internet.

It is important to remember that everyone has their own relationship with social media, therefore a unique way in which it impacts them. Perhaps it isn't so much the amount of time spent online but rather the mood someone is in when they do. If the Internet is used as an escape from dealing with real life issues then, yes, the amount of time spent online will impact one's life negatively, just as much as playing video games all day or binge eating will.

But because social media is so personal – it's a reflection of millions of people's lives – it affects us in a way that can make us feel bad just by looking. It's so typically human of us that a tool with so much potential for good still makes us feel rubbish. It's like being told there's a cave full of all the prettiest diamonds, rubies and jewels in the world, which you can explore at any time you like, yet everytime you go in and look around you feel inadequate.

And that's because it is crowded by superlatives. It isn't a reflection of people's lives, it's a selection. Selected by the people who are the subject of the content. So of course it's going to look like everyone has perfect lives.

Reminded about things I enjoy

If I think about my personal Twitter and Instagram pages, I never post when I'm angry, sad, frustrated or feeling a bit lost. Partly it's because giving that vibe out as a reflection of myself is the last thing I want, and partly it's because I don't want to see that the next time I go on.

I don't want to be reminded how weird and confused I felt at 1 o' clock in the morning as I was trying to plan my life (1 o' clock, I've learnt, is not a time to plan – it's a time to sleep).

I want to be reminded about the things I love and enjoy. Social media is a place to keep your 'normal' self virtually and to figure out what you stand for and represent. For those times when things around you are changing, your mind is maturing and your values are shifting, you still have somewhere that feels familiar.

Feeling that you're not as good as other people isn't a new feeling, it's just that the Internet has made it easier and quicker for your brain to decide whether that's true or not (which it inevitably will because we're all overthinkers, aren't we? Please say we are. Maybe I'm stupid.), by scrolling through someone's Instagram or watching a YouTuber's life unfold through a series of edited videos.

Social media is a scrapbook of moments handpicked by the owner of each account. As long as you are using it wisely, it can be a place to discover, celebrate and debate.