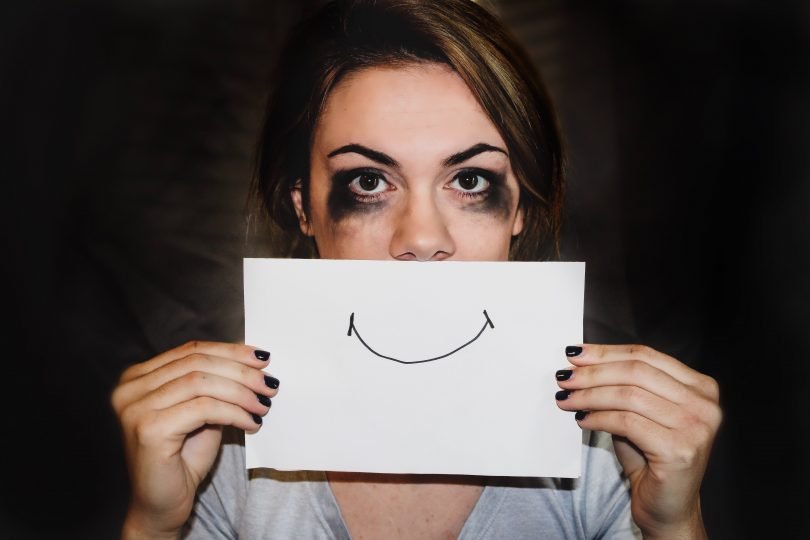 British workers are struggling to maintain good mental health due to overworking and long hours, according to a recent study.

A study found that in 2018, mental health issues caused British workers to take an average of three working weeks sick leave, but the reality is thought to be a much higher number.

Conducted by Salary Finance – a company helping workers achieve better financial wellbeing – the survey of 1000 UK workers found that 72% had experienced poor mental health, with anxiety and stress cited as the most common offenders. 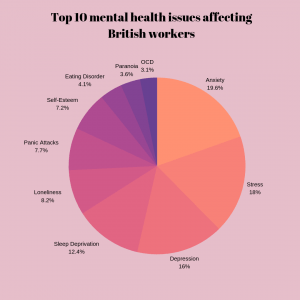 Worker’s claimed that attitudes to work, a cultural aspiration to be busy, and the merging of personal and professional life were the most significant factors in the rise in mental health problems.

Living on the edge

Sarah Dickinson, a restaurant worker from Harrogate says she experienced serious health issues as a result of work.

She said: ”Due to staffing issues, I had to take on almost twice the number of hours that I am contracted to do. I was at work for over 40 hours in one seven-day period alone, suffering from chronic lack of sleep, back pain and memory issues. 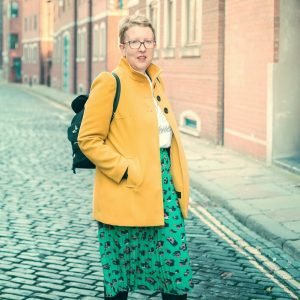 ”I felt like I was on the verge of a breakdown because I wasn’t getting adequate rest time in between my shifts.”

As more workers begin to suffer from mental and physical exhaustion due to work, many feel unable to admit it to their colleagues or superiors.

26% of staff surveyed admitted they would rather lie to their manager than ask for a mental health sick day, highlighting the persisting stigma surrounding mental health.

Sarah said: ”I put up with it because I’d previously said I’d take the hours for the money. I thought if I said anything this would blow up in my face.”

Millennials: the generation to have it all

Nicolette Lafonseca, an author and journalist, says living our lives online has become a huge contributor to overwhelm and a lack of work/life balance.

She said: ”I live the public blog life which makes it very hard when dealing with mental health and other issues as there is that notion to be on and then in real life dismiss how you feel because they think, ‘she seems fine on Twitter.”

Businesses surveyed said they were aware of a rise in stress and poor health, with many taking steps to alleviate the pressure on their staff.

Statistics indicated a rise in management staff engaging in training to help employees deal with mental health problems including panic attacks and depression.

Sarah Dickinson believes the problem is worse among millennials because they are sold an idea of perfection and achievement that is unattainable:

”It is much tougher these days to be able to do everything we’re expected to do. We have to be seen to do it all (all of the time) and do it all at such speed.”

She says the growing problem surrounding work pressures and expectations will result in a change to the way we work.

She said: ”When the housing market is on a downturn and graduates are leaving university with over £50,000 worth of debt from a degree which is useless to the jobs market, is it any surprise that more and more are choosing an alternative way of life?”

It is clear, however, that the increase in overworked and exhausted workers is, by no means, a millennial issue. Last month, the World Health Organisation (WHO) announced that ‘burn-out’ will become a globally-recognised medical condition from 2020.

Listing symptoms such as energy depletion and mental distance, WHO’s definition of the condition is ‘chronic workplace stress that has not been successfully managed’.

If you are struggling with your mental health, you can find a list of resources at Mind.