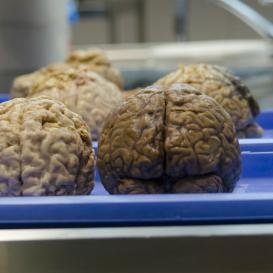 Italians. We love them. We love their fashion, their food, their wine, their cars, their passion, but perhaps that’s where it stops.

In case you’ve not heard of him, Canavero is the doctor claiming that, within a few years, human head transplants might be available with a donor human body, with the majority of procedure done in less than an hour.

That’s right, one hour. About the same time as a laparoscopic appendectomy, tonsillectomy, hernia surgery, half the time of a very straight forward, minimally invasive hysterectomy.

Perhaps you can see where I’m going here.

There are so many issues at stake here I’m almost at a loss as the where to begin.

Let’s start with the logistics. We are talking about removing a head from a living human body and connecting to a new body where brain death has occurred.

We know that the brain is the powerhouse of the body. A body can live without a brain if hooked up to the correct machinery but a brain dead person will never come back, never wake up. And the window for brain death is incredibly short. The most important cells in the hippocampus area of the brain, controlling the way we make memories and understand our surroundings, will die off after ten minutes without oxygen.

Whilst Canavero will use a chilling technique to preserve as much brain function as possible, the chemical nuances of the human body are far more complex than purely oxygen deprivation.

Changing who we are

The body and the brain are intrinsically linked. The simplistic view that the brain controls the body is far from the full picture. For example, whilst the brain is responsible for hormone production, it is the liver and kidneys that are responsible for processing them. A change in the processing of hormones impacts the levels of them in our bodies. Even a small spike in hormones deeply impact who we are and how we feel (just ask anyone who’s ever been pregnant!). Interchanging brain and body will undoubtedly create unexpected processing anomalies and, therefore, personality differences, essentially changing who a person is.

Not only this, but I’m sure we all remember the growth spurts of puberty, forcing us to essentially learn over the course of a few months to control limbs that suddenly grew to unrecognisable, uncontrollable lengths, new legs that constantly tripped us up, a forehead that suddenly smacked on door frames it hadn’t done before. Imagine that, overnight. You have a whole new body to get used to, immediately.

Whilst it might be because, like Valeri Spidonov, the first volunteer for this procedure, you have a muscle wasting disease, meaning any working body is a good body, the shock and trauma of waking up for months on end, which is how long they think the physiotherapy will take, not knowing how to control your limbs, not knowing if you ever will be able to control your limbs, cannot be under estimated.

Putting aside the logistical issues, the ethical issues are a minefield. Transplant surgery has a history of people who hated their new body part and had them removed, not really a possibility with a full body transplant. It’s also highly unlikely that a medical ethics committee, who review and approve clinical trials before they are allowed to go ahead, will give the required permission for testing on primates let alone trials on humans. There’s also the dubious prediction that the lives of millions could be saved. How exactly are we going to do this when we can’t convince enough people to donate organs, let alone a full body?

But perhaps the biggest worry here is what is being promised. Canavero is promising potential immortality. A life, via the brain, transplanted for eternity. Based on the idea of the brain being the powerhouse, simply reliant on the body for nutrition it seems viable. But one thing overlooked in this scenario is the failing of the brain. Dementia, stroke (the risk of which is hugely increased by any surgery), Parkinsons, any number of diseases can cause brain death and, therefore, the death of the person.

This is a surgeon proposing immortality based on the fallacy of an immortal brain. If a surgeon can overlook something as simple as the diseases of the brain, can we really trust him with something as complex as this Frankensteinesque surgery?