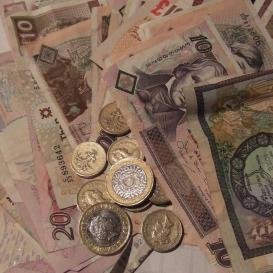 Panama law firm, Mossack Fonseca, has suffered the leak of over eleven million documents which have implicated the rich and powerful in financial wrong doing through money laundering, arms and drugs deals and tax avoidance in a period going back to 1977.

Those implicated include Russian President Putin, and family members of UK prime minister David Cameron, as well as prime ministers of Pakistan and Iceland and the President of Ukraine.

The Icelandic Prime Minister Sigmundur Gunnlaugsson was unavailable for comment on the potential connection between his wife and an offshore company, leading to opposition calls for him to resign.

The Kremlin said the papers contained neither anything new or concrete.

Pakistan has denied wrong doing by the son and daughter of Prime Minister Nawaz Sharif whose links to off shore companies under suspicion has been revealed.

Ukrainian President Petro Poroshenko has not commented on his links to offshore companies.

Spokesman for David Cameron has said his late father’s links to an offshore company were a private matter.

Whilst there was an apparent closing of ranks and denial within the UK, Russia, Iceland, who were heavily implicated in the 2008 financial crisis, Pakistan and the Ukraine, Australia, Austria, Brazil, France and Sweden announced they had begun investigations into the allegations.

Mossack Fonseca have denied any wrong doing. While the complex financial arrangements benefit the world’s elite, who are able to afford to take advantage of tax loop holes through the use of off shore tax havens around the world, it is unlikely they were illegal in he countries the transactions took place.

However, the International Consortium of Investigative Journalists director Gerard Ryle, who was amongst the many news organisations to receive the leaked documents said he believed the leak would be a huge blow to the offshore world which has been the subject of huge controversy in the past due to its lack of transparency and perceived support for the world’s richest 1%.