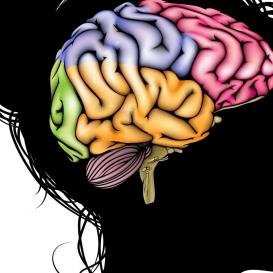 The brain is a delicate, complex thing. Too much of one chemical or too little of another can throw everything out of whack, leading to debilitating illnesses like depression, anxiety and stress. One traumatic experience in life can have undeterminable consequences on someone, which can pop up unexpectedly after being repressed for decades.

When a woman has experienced sexual harassment, this can have a very draining effect on her mental health, be it from symptoms of post traumatic stress disorder (PTSD), trust issues or otherwise. Scientists at Rutgers University have conducted a study about the effect that sexual aggression has on the brains of female rats, to try and determine some of the long term damage that is caused.

Lead author Tracy Shors and her team from the Department of Psychology and Center for Collaborative Neuroscience in the School of Arts and Sciences at Rutgers developed something called the Sexual Conspecific Aggressive Response (SCAR) model to determine how stress associated with sexual aggression affected the rats. They found that females that were exposed to adult males during puberty were less likely to be good mothers to their babies.

Also, fewer newly generated brain cells were present in the females that had minimal maternal behaviour when compared to females that better cared for their offspring.

“This study is important because we need to understand how sexual aggression affects all species,” said Shors in a statement. “We also need to know the consequences of this behaviour in order for us to determine what we can do to help women learn to recover from sexual aggression and violence.”

Around 30% of women worldwide experience some sort of physical or sexual harassment in their lifetime. Recent surveys have indicated that as many as one in five college women experience sexual violence while they are on campus, and according to the WHO, teenage girls are the more likely to be victims of rape, attempted rape or assault.

The researchers don’t know if humans would have the same reaction to sexual aggression, but the amount of women that do experience PTSD later on in life suggests that the brain is affected. PTSD is associated with decreased brain functions related to learning and memory, which points in the direction of traumatic recollections being physically harmful, not only horrible memories.

Until now, there has been relatively little research involving female mental health and sexual trauma, so the effects are not well understood. Shors said that laboratory models have traditionally looked at how stress affects the brains of male animals, which does on reflect the kind of stress that young women experience.

Unfortunately, when the law is often not on the side of sexual assault victims, it’s probably unlikely that many would want to get involved in studies. Rape is very difficult to prove, due to sloppy testing and incomplete police reports, and thus women are constantly told that they’re lying or were perhaps too drunk to remember the events clearly enough.

“We know very little about the brain mechanisms that account for the increase in depression and mood disorders among women who experience sexual trauma and aggression,” Shors said. “But with new approaches and attention to this issue, we can find out how the female brain responds to aggression and how to help women learn to recover from sexual violence.”

Hopefully, with more studies looking into how women are affected by their experiences, it will show that we are taking violence against women more seriously. Showing that science can help understand women’s mental wellbeing could have a positive effect on victims, even if it has failed them in the court room.

What do you think? Let us know in the comments below.