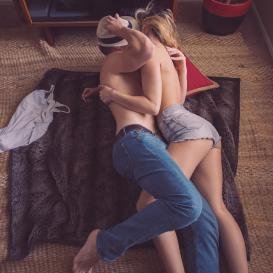 Sex is relative to every individual. Whether you like taking things slow or getting right down to it, there is no ‘normal’ time for sex to last.

Although it is desirable for sex to last longer this isn’t always the case. Boys get teased by their mates if they only last a few minutes but when having sex for the first time it is natural for it to be over quite quickly. And sometimes having quick sex is a lot more convenient in some relationships, especially if you have places to go and people to see. But what is the average time it should take to have sex?

What do scientists say?

Trying to measure the average time it takes people to have sex isn’t exactly easy, and if you just ask people the odds are they will raise the numbers a little bit for their own self esteem. The best research we have at the moment is from the NCBI. They got 500 couples from around the world to time themselves having sex over a four-week period using a stopwatch. But as you might have guessed there was a massive variation between each couple. The quickest time it took for ejaculation to happen was 33 seconds and the longest was 44 minutes.

The average time however was just over 5 minutes. So take a moment to give yourself a pat on the back if you are above average. If you are below average just remember the lowest time was shorter than it takes to boil a kettle.

What do you prefer?

We asked our Twitter followers to vote on what they preferred, quick sex or long sex.

You may think the reason sex can last for so long is purely down to the pleasure we get from it. But you would be wrong. Although sex can be an enjoyable activity the reason we take longer to have sex is down to evolution.

Researchers found in 2003 that the ridge around the head of the penis scoops out any pre-existing sperm that may be in the vagina.

This basically means that the man in question is getting rid of any other man’s semen before he ejaculates giving his own sperm a better chance at reaching the egg first.