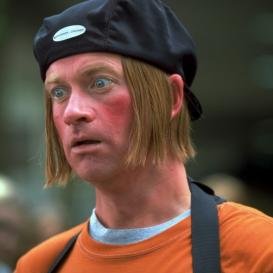 More than not, when we hear the name Kevin we associate it with the rather dull, perhaps dim. Is this fair? Are there any Kevin’s out there that have made a difference to our society? Can a Kevin be influential even if they aren’t yellow and not wearing dungarees?

The Bit For the Science Boffins and Book Lovers…

A best-selling science fiction writer with over 51 national or International best sellers from his list of 125 books.  Mr Anderson (I can’t call him Kevin…this will get confusing) has written many Star Wars projects, including the Jedi Academy triology, three X-File novels and Superman and Batman novels. He has a physics/astronomy degree from the University of Wisconsin, Madison. Being a Board member of the Challengers Centres for Space Science Education and the Lifeboat Foundation he will definitely be throwing his weight around those meetings. Influencer? Definitely…all that reading has a heavy influence on people…it’s probably why so many adults go around dressed as Darth Vader.

We Need To Talk About Kevin

The novel by Lionel Shriver, published in 2003 explores the difficulties of maternity and the effects it has on a marriage. It let people explore emotions such as what happens if a mother cannot bond, love or trust her child. It was a huge hit with book groups – mainly because there really was something to talk about here instead of gossiping about the neighbours or praising the wine. Being a novel that had a fictional school massacre at it’s heart, I’d hate to think it was influential in this particular subject. The book became a best seller and was later made into a film in 2003.

For The Aged Music Lovers…

Born in Oct 1945 Mr Godley is a British musician and music video director. Best known for being a band member of 10cc (and one half of the duo Godley and Crème). He wrote ‘Rubber Bullets ‘, which 10cc released in 1972. He definitely gets a tick because this was the first single I bought, a ‘45’ and judging by the amount of vinyl in my loft he was pretty influential. Let’s face it, if it had been rubbish I’d have given my sister our shared record player and spent money on drink and drugs instead. I expect my parents are extremely grateful to him.

He has since gone on to develop a music platform for iPad with his company being nominated for the SXSW Music Accelerator Award in 2013.

Former English footballer who played for various teams including Liverpool, Newcastle and Hamburg. He had a great influence on Newcastle, contributing to their promotion to the 1st Division in 1984. He later became a manager for the club and in 2008 Flybe named their Q400 aircraft after King Kevin (KKEV). It prompted the talented manager to quip that he had “cats, dogs, horses, greyhounds and even a helicopter named after him – but never a plane.” Later following his abrupt departure from the club Flybe painted the nose cone black as a sign of dark times.

He undoubtedly had an influence on Brut aftershave sales and on the rise of the ‘poodle perm’. However there was to be no influence on the UK charts with his single, ‘Head Over Heels in Love’ peaking at number 31.

Former England cricketer born in 1980. Although a fine influential figure for many a school child what with him being England’s leading all time run scorer, it turns out that he was unable to influence the ECB’s director Andrew Strauss with regards to his inclusion in the England cricket team. “He was not part of our plans for the summer.”

British Designer, writer and TV presenter, born May 1959 he is best known for his Grand Designs programme which first aired in 1999. He was awarded an MBE for his work on sustainable buildings having set up his own firm HAB, which created an award-winning development in Swindon. I think while we all feel influenced by Mr McCloud when watching Grand Designs, there are very few of us who actually decide to spend three years blowing our budget, falling out with project managers and living in a caravan.

American actor, film director, writer, producer and comedian born in July 1959. He has been most influential for the last eleven years as artistic director at the Old Vic, directing two productions and starring in nine of them. He has been praised for completely revitalising the theatre and creating a platform for the future of British theatre. A definite influential artiste!

Created by the comedian Harry Enfield, Master Patterson was known for morphing into a nightmare child on his thirteenth birthday. He lost his dress sense, courtesy and posture and was known as ‘Kevin the Teenager’. His favourite sayings to his exasperated parents were, “So unfair!” “I hate you!” and “I wish I’d never been born!” I’d love to tell you that Kevin was an influence on my off spring, but unfortunately they never watched the show and just came out with these sayings of their own accord. He has influenced the British spoken language though, as ‘Kevin’ is now used widely to describe any adolescent.

A self-styled investigative journalist who lived with his mum and had a dodgy dress sense. He would deliver a rambling monologue to camera in a thick West Midland accent. Remembered for his sign off catch phrase, “Kevin’s ear” this character was created by the late great Rik Mayall, so it goes without saying he was influential.

He married Sally in 1986 and later bought his own business, Webster’s Garage. With Sally, he fathered two girls, Rosie and Sophie. In 1997 he had an affair with his business partner’s wife and was divorced two years later. Married Alison in 2000 but remarried Sally after his wife throws herself in front of a bus. Years later he is arrested and imprisoned for assault. In 2009 he begins an affair with his colleague’s wife, fathering her child…WOAH! Stop there. If this Kevin is influencing you …get help NOW!

Of course, If you do want to read about a yellow Kevin who likes golf, check out Lorna Holland’s article on Minions!