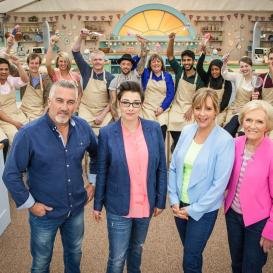 It was just before 8 on a Wednesday night, as televisions across the UK were being tuned to BBC One for the return of one of British television’s robust spectacles. A sense of anticipation was filling within normal conversations and within conversations on social media for this very moment.

What was the cause of such excitement and glee? The answer was simple – the Great British Bake Off was back on TV!

Twelve competitors convened in Berkshire to show Paul Hollywood and Mary Berry that they have the skills to be the best baker by the time the finals come, without the unpleasant issue of a soggy bottom.

As the public watched on the telly, Twitter was buzzing with conversation. For the Bake Off, Twitter had been instrumental in its success, helping bolster the move from BBC Two to BBC One in the fifth series.

As Kettle’s sport editor Jessica Wells wrote on Twitter, the live commentary drives its success on the platform.

Fear of missing out

For GBBO, the appeal on social media was instant, from food postings on Instagram to the live commentary on Twitter. Anna Wilson, the head of digital for the communications company Tangerine in Manchester, said second screen engagement was in full play.

“The humour is coming into play with the Bake Off,” Wilson said in a telephone interview.

Wilson says there was more live engagement compared to content that can be downloaded or watched the next day, and people didn’t want to have the fear of missing out. This was particularly the case with Alaska gate, where in series 5 contestant Iain binned his baked Alaska due to an issue of melted ice cream, left out by fellow contestant Diana, a rare controversy that made national headlines.

“They don’t want to be the person that sits at work that day and misses the conversation,” Wilson said. “Everyone is going with it.”

Its appeal in the UK got the attention of the public broadcaster PBS in the US, who acquired distribution rights to air the programme on its member stations in the country. It will return to American screens in September.

Carly Severn, a contributor to the Bay Area Bites food blog at public television and radio station KQED in San Francisco, said audiences in America were ready for Paul, Mary, Mel and Sue.

“The genius of Bake Off (or Great British Baking Show as we call it here) is that it’s the complete antithesis of 99 per cent of US cooking shows,” Severn said in an email interview. “Other shows are all about the conflict and the competition, where the criticism is fierce and the drama-building cymbals are loud. GBBO is just so appealing in its contrasting warmth, camaraderie and lack of artificial drama.”

Severn says that social media was at the core of its global success, and that it amplifies all discussion.

“The thing about GBBO fans is that they love to talk about their passion for the show, and social media is basically just digital word-of-mouth,” Severn said. “It’s a conversational show — listen to the way Mel and Sue chatter on — which invites the same reaction from the viewer. Plus, it’s very knowing and self-aware in its humour, which is very conducive to social media conversations. Your quip about Paul Hollywood gets heard and responded to by thousands, not just your mum.”

This discussion when it comes to appointment viewing like the Bake Off says a lot about the role of social media and television. Wilson uses the example of the BBC home renovation series Changing Rooms, where two teams redecorated each other’s houses. Everyone wanted to be a part of a conversation, and social media has increased its potential.

“Everyone watched it,” Wilson said. “You didn’t know what horror that was coming. They wanted to be a part of a conversation. This is a sociological conversation, enhanced by social.

But at the heart of the Bake Off is the passion, Severn says, and when all is said and done, social media is one of the great ways to share it.

“These are people who just really love baking,” Severn said. “There’s one thing that always cuts through, and that’s genuine enthusiasm and love which can’t be faked by ‘reality TV’.”

What do you think of GBBO? How has social media influenced its success? Have your say in the comments section below.