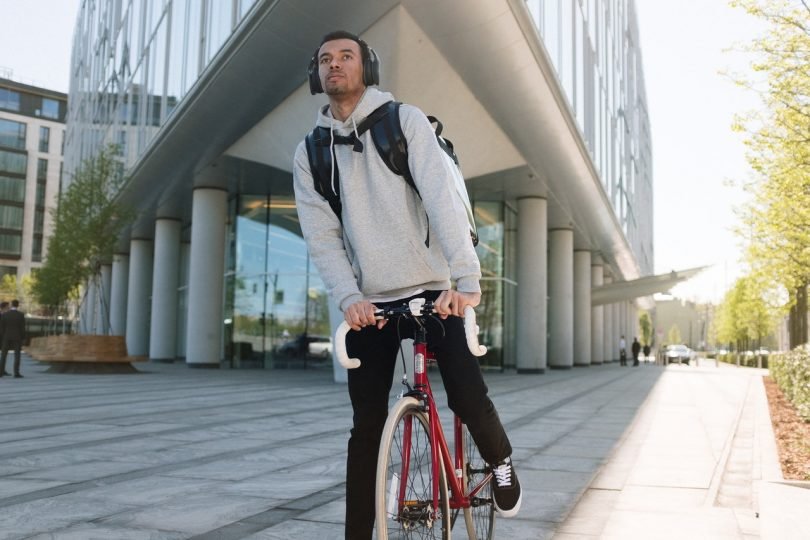 ‘The last minority you can legally wish death on’

If you often think twice before cycling on the road, believe me, I empathise with you. According to Jeremy Vine, cyclists are ‘The last minority you can legally wish death on’. He’s not wrong. Recently Susannah Constantine proclaimed ‘I f*****g hate cyclists’, before bizarrely admitting that if she saw her husband cycling on the road, she’d happily run him over. Sadly, Susannah’s tirade is not an isolated case of hostility towards cyclists. Police officers in London recently pulled over a cyclist for not wearing a helmet, not wearing hivis, and not having a number plate. You won’t be surprised to hear that the law does not require cyclists to do any of these things. While such animosity towards cyclists exists, how can we encourage cycling as a safe and pleasant form of transport?

During the UK’s lockdown, it cycling levels increased by up to 300%. With a new obesity strategy in the pipeline, and the climate emergency looming, the government sought to capitalise on this. A £5bn package to encourage greener modes of transport had already been revealed in February. In May it was announced that £225m of this would be allocated to the introduction of pop-up cycle lanes, wider pavements, safer junctions, and cycle and bus-only corridors. In London, cyclists can look forward to enjoying 30km of permanent cycle lanes, and even car-free zones.

At this point you might be enthusiastically nodding your head in approval, especially if you’ve seen videos showing Paris’ recent transformation into a city cyclist’s paradise. But the road towards this kind of success will be long. Complaints from drivers prompted Trafford Council to remove a section of pop-up cycle lane on the A56 in South Manchester. This also happened in Filton, Gloucestershire following complaints about traffic jams. It seems that councils are bowing to pressure from a minority of drivers who can’t bear to see their dominance on the road recede. A new cycle lane in Toxteth has also been labelled a ‘pop-up car park’ following inconsiderate parking. It’s clear that cycle infrastructure alone will not make our roads safer for cyclists, especially if other road users resist and abuse its implementation at every turn.

Do road users need to be more informed?

A recent YouGov poll commissioned by Greenpeace has shown that 58% of people back the introduction of cycle lanes on urban main roads along with increased government funding for cycling infrastructure. This leaves 42% who are hostile towards cyclists on the road, or at least sceptical of cycling infrastructure. We need a public information campaign designed to compliment the government’s green transport strategy to mitigate this.

All road users need to know the rights and responsibilities of cyclists on the road. I’ve heard motorists complain that cyclists shouldn’t ride on roads where it is difficult to overtake. Little do they know that bicyclists are drivers of vehicles and therefore have the same rights as motorists – meaning they do not have an obligation to allow vehicles to overtake. I’ve heard motorists complain that cyclists are difficult to overtake when they ride in the middle of the road. Little do they know that it is often safer for cyclists to do so if the road is narrow and it would be unsafe for a vehicle to overtake them. If they hug the kerb, motorists are more likely to pass them dangerously. This kind of complaint shows that some motorists have little consideration for the safety of cyclists.

Can we achieve harmony?

Of course, it’s true that cycle infrastructure could play an important part in resolving these complaints. If cycle paths are available, cyclists don’t have to ride in the middle of the road to feel safe, and motorists don’t have to worry about overtaking them. However, to achieve enduring harmony on our roads, we must foster a new relationship between motorists and cyclists; one which involves respect and mutual understanding. Cycle infrastructure alone cannot do this. There will always be sections of road where cycle paths are non existent. Here, it goes without saying that the safety of our roads cannot and will not depend on cycle infrastructure. It will depend on whether motorists and cyclists alike are informed enough to recognise each other as equals.