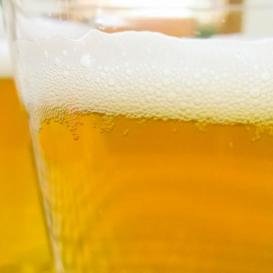 A potential shortage of the vital ingredient for craft beer, hops, could mean higher prices for  its lovers.

Hops are currently in short supply following a smaller than usual European hop harvest due to a hot, dry summer last year.

The shortage of supply has increased the price of some hop varieties by up to 50% meaning brewers of craft beers are facing a squeeze on their profit margins and consequently having to raise prices in order to remain profitable.

Other varieties of hops have increased in price by more than this or, are completely unavailable with the harvest in Germany down by 27%. Germany, along with the US, produces two thirds of the global supply of hops. Production is down in other major producers such as the Czech Republic and Slovakia compounding the situation.

Craft beers can use up to six times the amount of hops used in conventional largers, and it’s thought the demand for craft beers will continue to grow having already seen a 13% increase in production in 2015 in the US alone according to the US Brewers Association.

With standard brews, hops only make up 2% of the price at the most. However, with craft beers using substantially more hops, the impact on price is likely to be more dramatic. In addition, unlike mainstream brewers, they are unlikely to benefit from existing supply contracts that keep the prices relatively stable.

Whilst hop growers will undoubtedly look to increase production of hops to take advantage of the surge in prices, it can take up to three years for hops plants to reach maturity, and because of their fast growing nature, they are more susceptible to pests and disease, meaning a potentially long wait before craft beer lovers can look forward to prices stabilising.