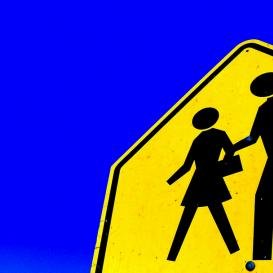 We have been fighting for a long time to close the gender pay gap and make sure women are treated equally to their male counterparts. Now, there is a bright light on the horizon, as companies which pay women less for equal work would be acting illegally.

This is because David Cameron has joined the cause, and announced that large companies will now have to publish details of salary differences. Companies with more than 250 employees will be forced to reveal the average wage of a man and a woman in their firm. The Prime Minister himself has hopes of driving women’s wages up and to close the gender pay gap within a generation. Put into fancy terms, his aim is to: “cast sunlight on the discrepancies and create the pressure we need for change.” So what does this mean for us, and how bright is this light in reality?

The more people who know about the gender pay gap the better. Awareness means engagement, and we need as many people as we can to know the exact details of wage inequalities. This new law means that nothing takes place behind closed doors. If a business is treating its workers fairly and as equally as possible then they will have nothing to hide.

This is imperative as women are having to do the same work as a man with only a fraction of the pay. For every £1 earned by a man, a woman receives 80p. This is a 19.1% difference for full and part time UK workers, and women over 40 actually work for free 57 days of the year.

Also, this will strengthen the argument surrounding pay inequality, as knowledge equals power. Office for National Statistics show that women earn 0.2 percent more than men in their 30s, only to fall behind in their 40s when they earn 14 per cent less in hourly wages. This policy will therefore give us real reference points for these statistics and reveal any serious discrepancies.

Then we need to create and implement the force required to fix these discrepancies. Without this force, women will just be disheartened by the inequality. To achieve equality, we need to inspire women by showing them equal pay is possible and hard work will pay off. We need to tell them to be more willing to challenge pay with their boss and aim for those highly paid jobs which are sadly still mostly dominated by men.

That is why this law isn’t enough on its own, but it is a promising beginning.

Harriet Harman, acting labour leader, was the first to suggest that governments needed to pressurise companies into revealing gender pay. However, this was shelved in favour of a voluntary approach. A U-turn on Cameron’s behalf shows progression, at least.

During this voluntary period, only five companies decided to offer up pay transparency. Surely this is indication enough that companies would rather keep things under wrap, in fear of a movement towards pay equality?

Of course, there is a fear that by revealing only average pay differences there may be misleading or bias facts. This fear is only pursued by people who are complacent or believers of the current state of affairs, however.

For things to change, we need to challenge the norm and encourage more women to act in a ruthless manner and aim for what is so easily handed to a male colleague. We need annual checks on pay difference to track progress, and ideas of how we can change them. We need this policy to spark urgency.