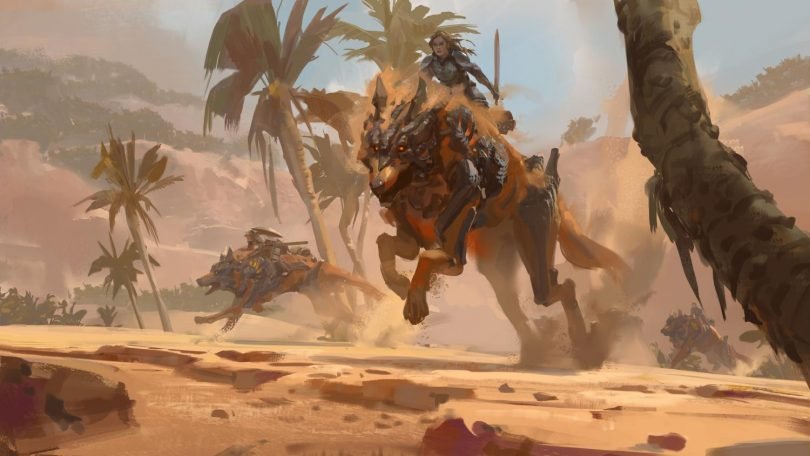 Five years ago, Guild Wars 2 opened its doors for the first time, a new bright star in the MMORPG genre. The original Guild Wars was less an MMO and more like a collection of shared instances (and also some of the best PvP I’ve ever played). I spent countless hours partaking in Guild War’s alliance battles. Representing the mighty Luxons. So, when the announcement came for Guild Wars 2 I of course preordered the Collector’s Edition. I stocked up on energy drinks and excessive amounts of sugary things and prepared for a 5am (UK BST) launch and embarked on an adventure into a game that as of writing this article I have spent 3842 hours on. 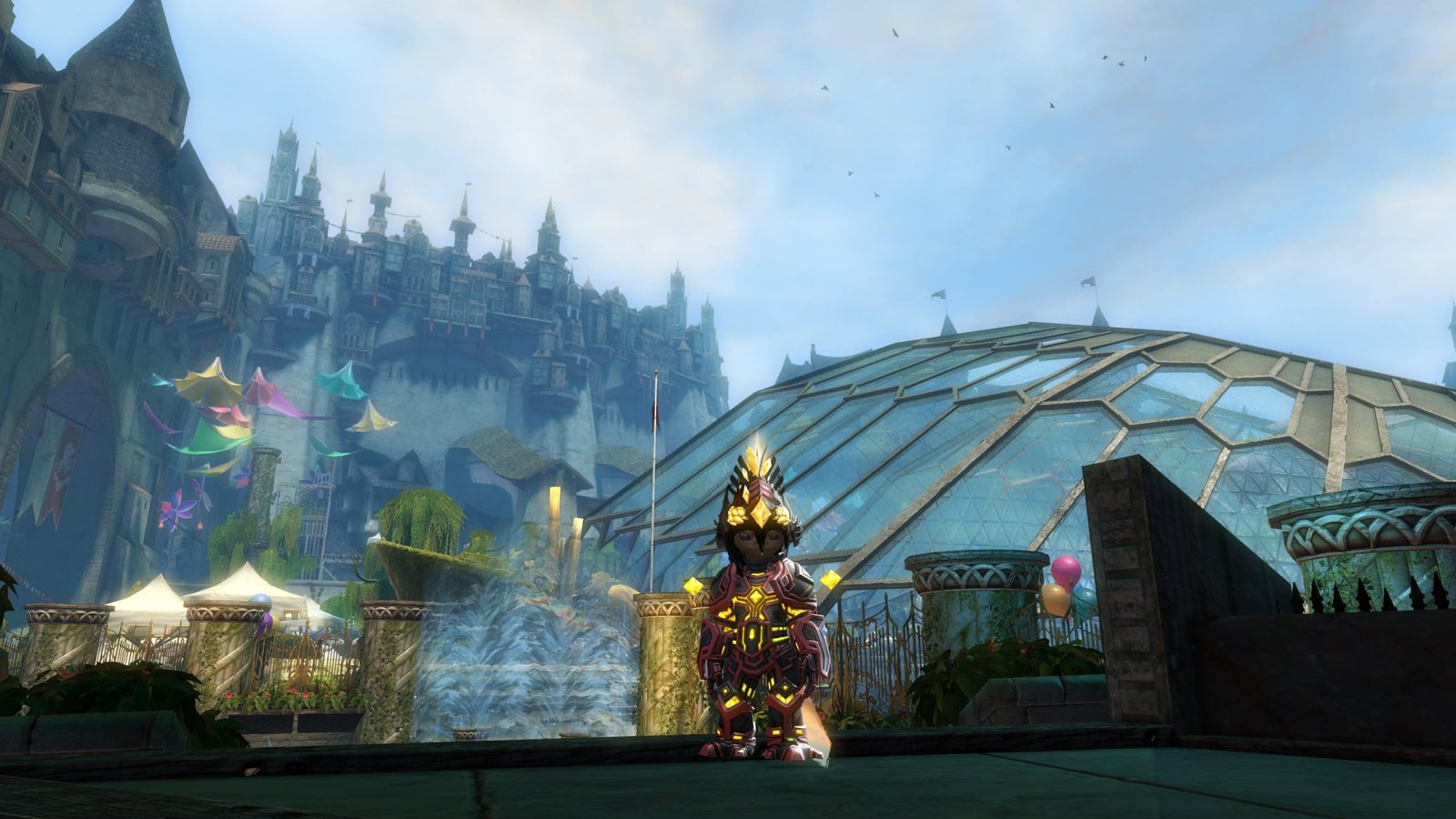 5 years on and I’m excited to get back into the game, Path of Fire certainly warrants the excitement. Heart of Thorns was great at adding new mechanics to the game such as the mastery system and raids but in terms of content I felt it lacking. Path of Fire rectifies this and gives you five new large maps that are stunning with beautiful vistas and fun environments to adventure in. 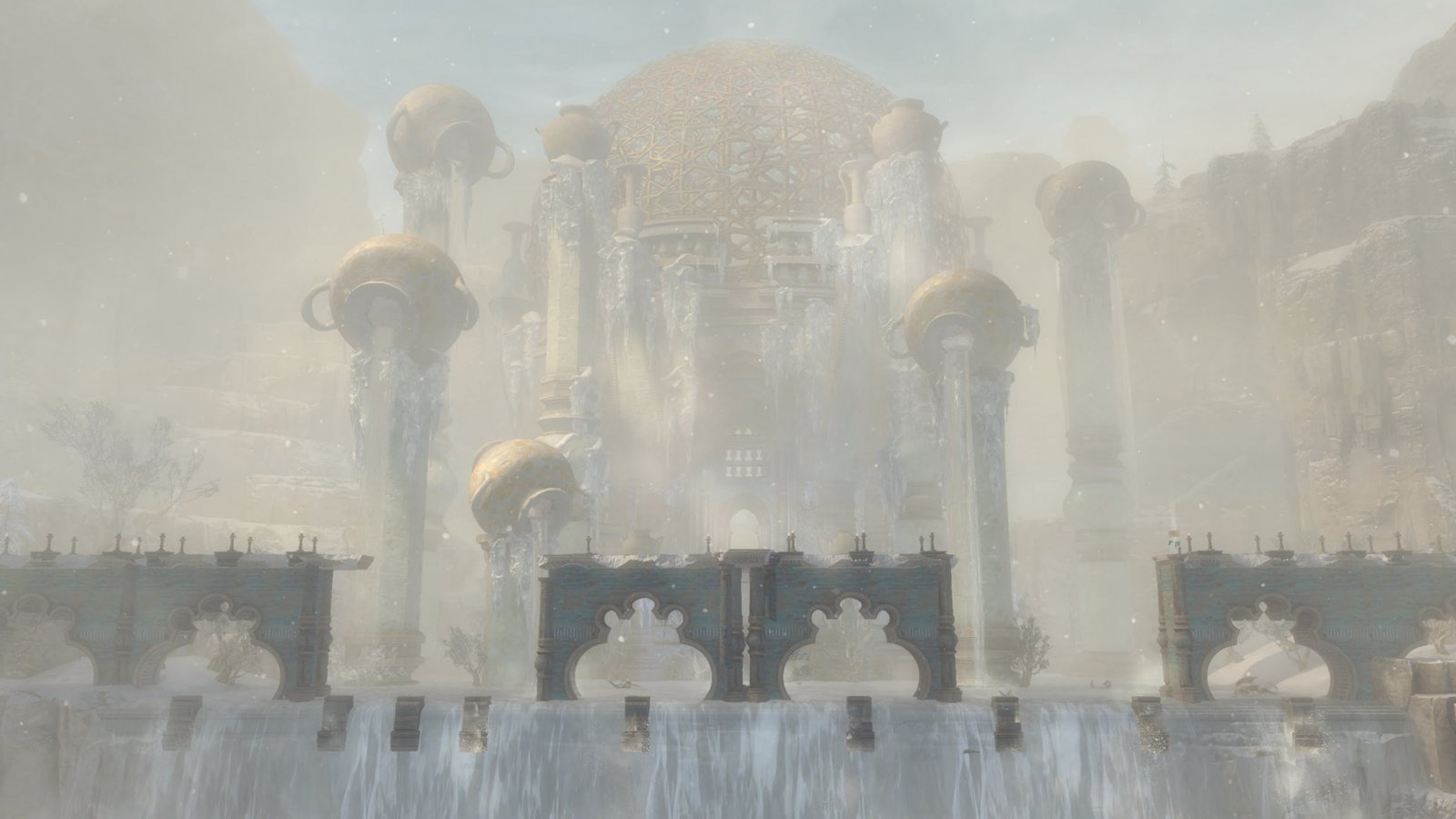 My main worry when stepping into the game was that I might find the mount system tedious. The multilevel maps of Heart of Thorns were cool to begin with but after you were trying to find that last Point of Interest you needed to complete your exploration of said map, the new layout quickly became monotonous and by the time I reached Dragon’s Reach (the last map) I was done with it. 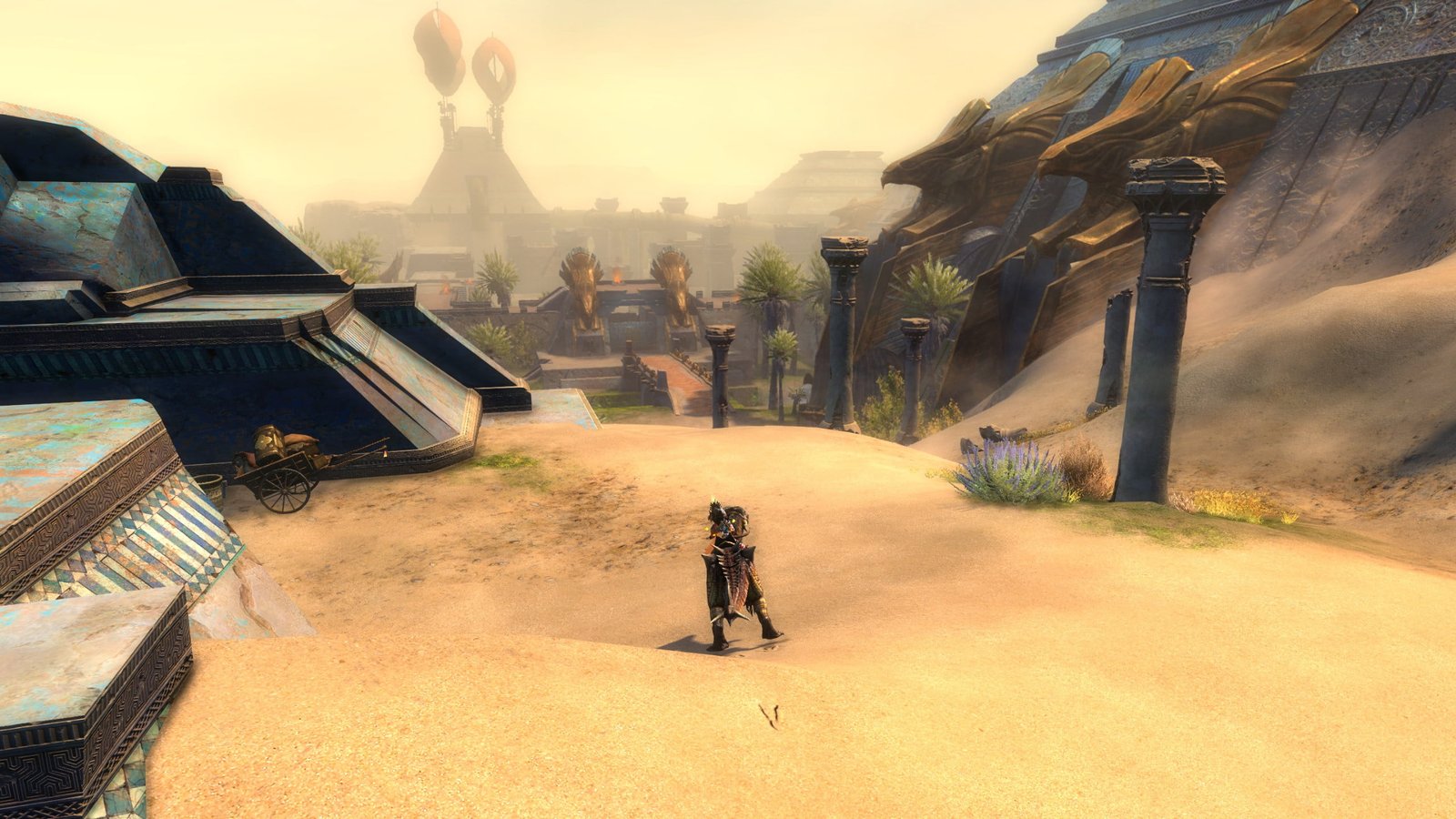 Path of Fire rectifies this by doing away with the HoT map layouts and goes back to the vanilla ways. I worried that the new mounts might replace the gliders as my new bane of exploration but infact the new mount system fits seamlessly into the game. The Raptor is a fun mount to traverse the desert in, hopping from cliff to cliff and scooping up enemies in its tail AoE attack. The Skimmer is my least favourite mount but it’s hovercraft like mechanics are interesting as you float over water and environments. The Springer is a cute bunny like creature who allows you to hop to new heights faster than you can say ‘What’s up doc?’. And my favourite mount is of course the Jackal, just because of how unique it is, a beast made entirely of sand that can dissipate to teleport forward and go through sand portals. There are mount races to test your skills and also perhaps a secret mount one can unlock with the right dedication (no spoilers here) 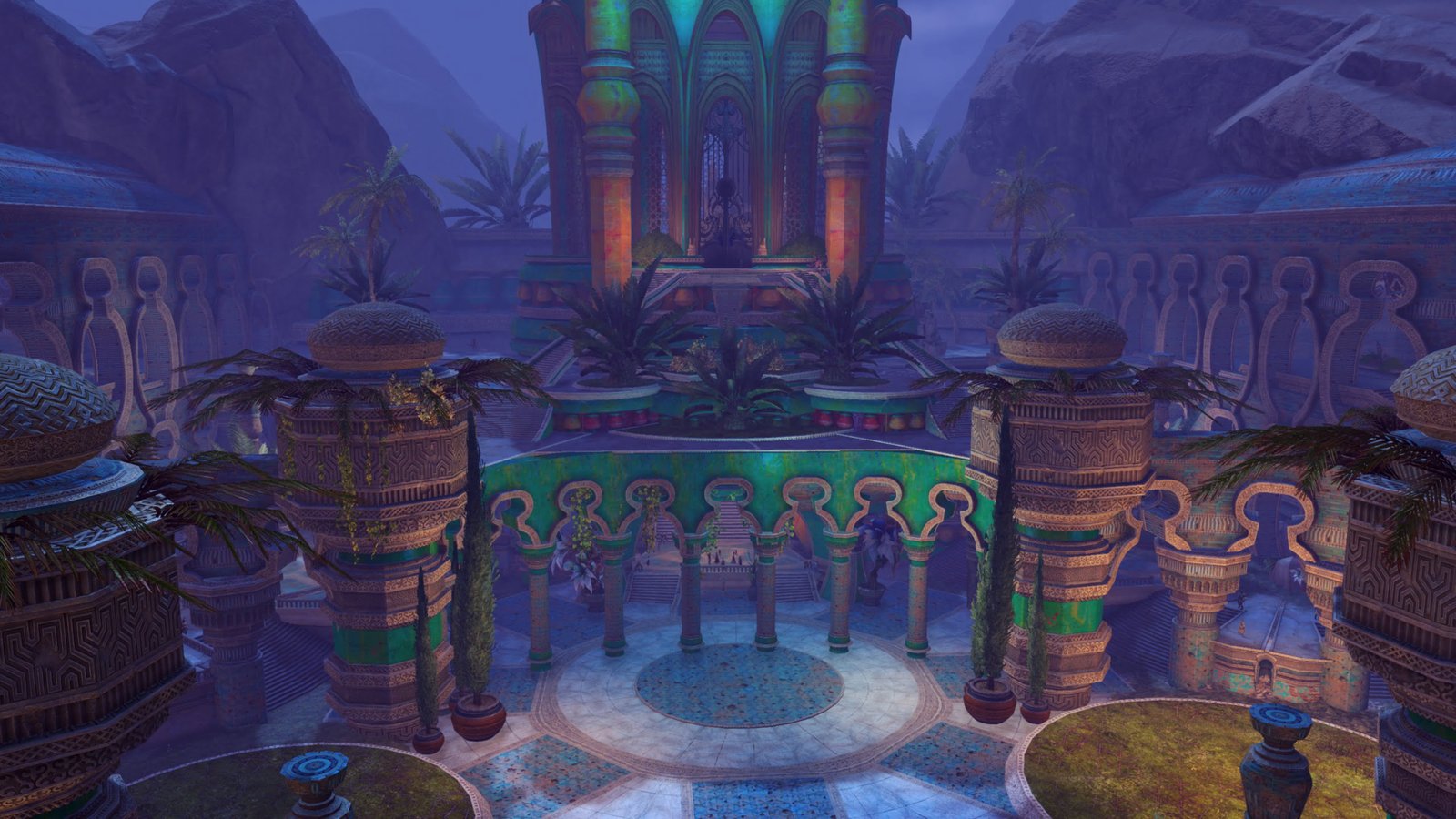 The nine new specialisations that Path of Fire introduces to each profession allow you to augment your playstyle and do so without ruining preestablished meta (only adding to the options of builds you can run with). I particularly enjoy the Firebrand specialisation for Guardian that allows me to improve my ability as a Guardian to do condition burn based damages as well as giving me more bunker/support based abilities. I’ve ran it in PvP and PvE so far (haven’t had a crack in WvW yet with it) and I’ve found it to be very fun but a little bit of a learning curve going from the simplicity of Dragonhunter to the more nuanced mechanics of the Firebrand with the Mantras and Tomes. Weaver for Elementalist, Holosmith for Engineer, Mirage for Mesmer, Scourge for Necromancer, Soulbeast for Ranger, Renegade for Revenant, Deadeye from Thief, and Spellbreaker from Warrior all add their own new spin to the 9 professions giving them new exciting playstyles with new weapons and traits. 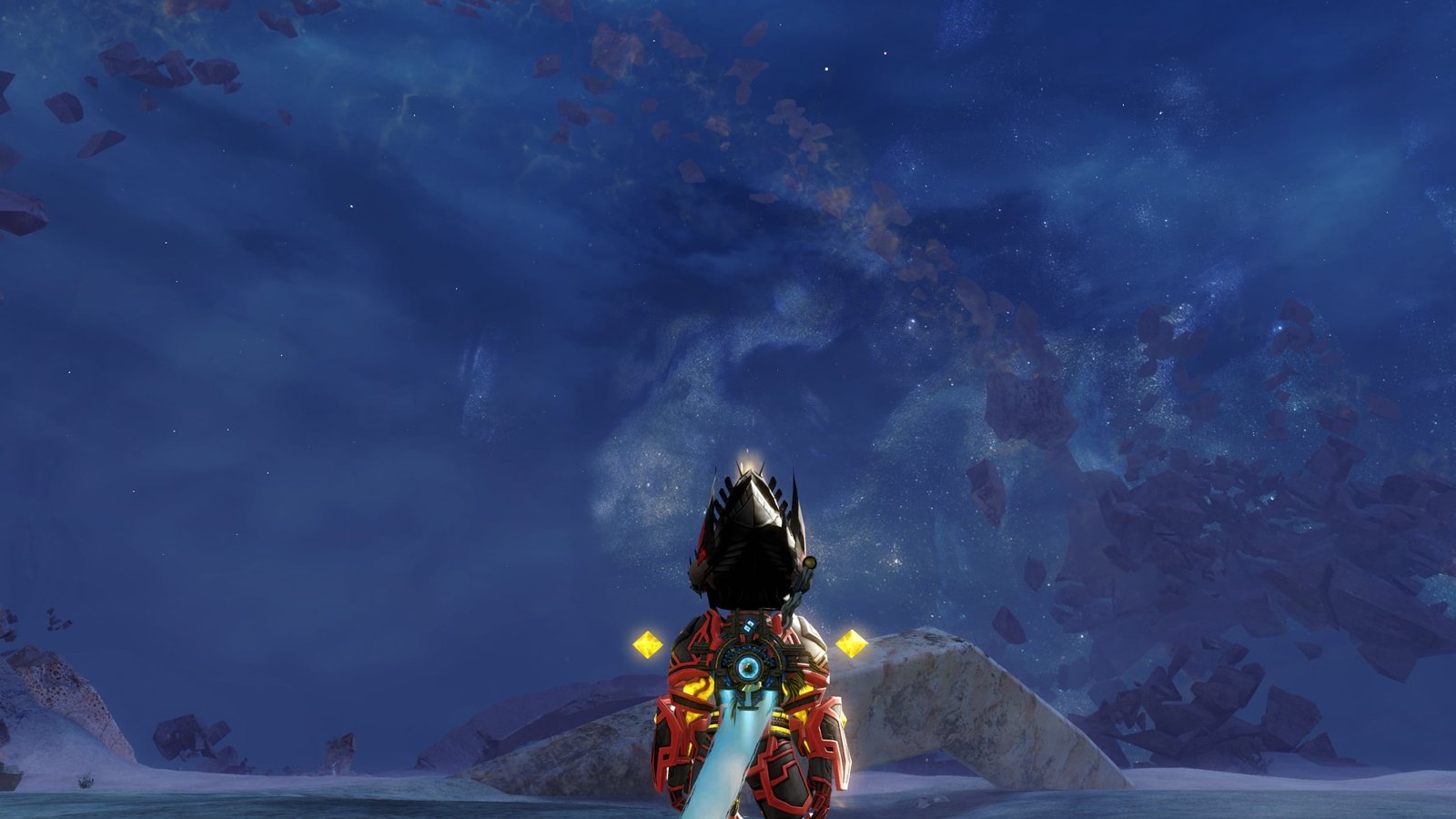 The story for me is the best bit of Path of Fire though. Without giving away too many spoilers (to those new to the franchise or those who haven’t completed Living Story Season 3). The chance to revisit areas we haven’t been to since the original Guild Wars games. Meet old allies and enemies. See how our actions in the original game impacted and shaped how Elona looks today is not an opportunity you can miss! The game has recaptured that feeling of awe I felt when I first played it five years ago. I step into a new area and my jaw drops at the stunning design and vistas one can view. Get ready for an adventure like no other.

Guild Wars 2: Path of Fire is a must play game and with Shadow of the Mad King Halloween event just around the corner there was never a better time to get back into the game!