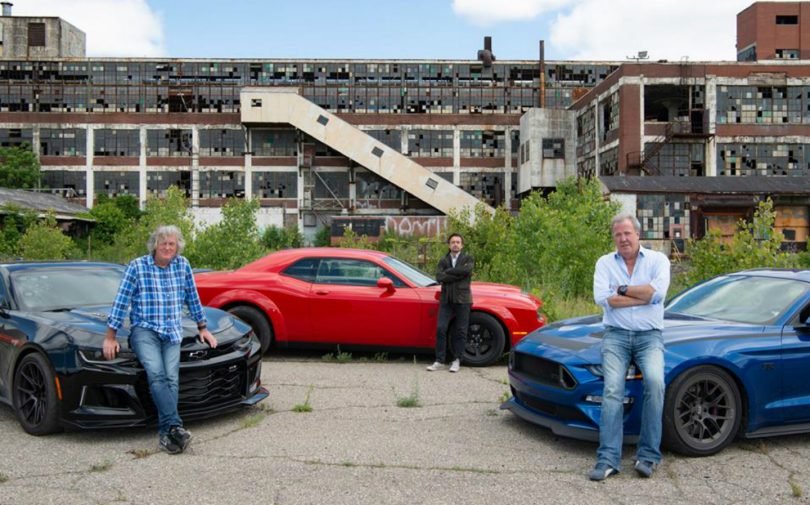 The Grand Tour returned to our screens for a third season, the shinier version of Top Gear was welcomed back with open arms by fans following a gloomy year of being British. The opening sequence was the now familiar and rich track, full of planes trains and the automobile, Clarkson then greets us by offering a glimpse of what the next 13 episodes have to offer.

When Top Gear exploded the show drew contrasting opinions, one half of the divide considered it to be the home of politically incorrectness, the other considered Top Gear out of date and the arch enemy of the green party and all their friends.

When they moved to Amazon the first season came across rigid and nervous, like an awkward first date. As the show opens we are whisked off to the former busling detroit metropolis, now a shadow of its former self,  introduced to us are three cars with rather silly macho names, the rich and lush visuals reflecting the generous its generous budget.

A look of what's to come for the next 13 weeks. Watch #TheGrandTour now on Prime Video.  #amazonshitcarshow pic.twitter.com/Hg5Z4CFTWa

The trio now look older, more tired and slightly less interested in taking part, and yet somehow they still manage to generate that natural banter that we all know.

The thing is when the show first arrived at Amazon it drew much criticism, mainly because of its rehearsed like joke routines, which were mostly unfunny but as the episodes went on everyone was a little more relaxed and the banter much more naturally occurring. It’s the trick that the BBC missed, most people weren’t really that interested in actual cars when Top Gear was in its prime, fans (including myself) tuned into enjoy chemistry that the three presenters had and the entertainment factor that it created. What the BBC version has now become is a different conversation to be had.

Overall they still manage to create that hybrid thread where everyone’s behaving like a 5 year old, yet manage to be interesting, factual and provide journalistic insight.

Now the Grand Tour is in its third season it may have finally found its groove.