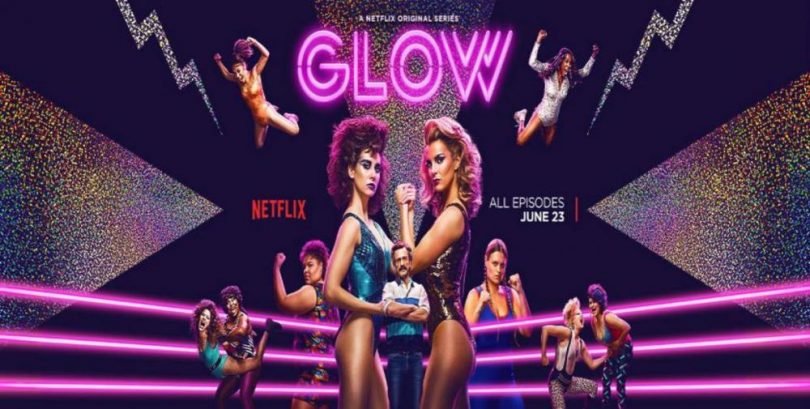 If you’re after a show jam-packed full of girl-power, fabulously dramatic 80’s hairstyles and realistic women – that don’t look like they’ve just stepped off the catwalk – then Netflix’s GLOW is the TV show you’ve been waiting for. 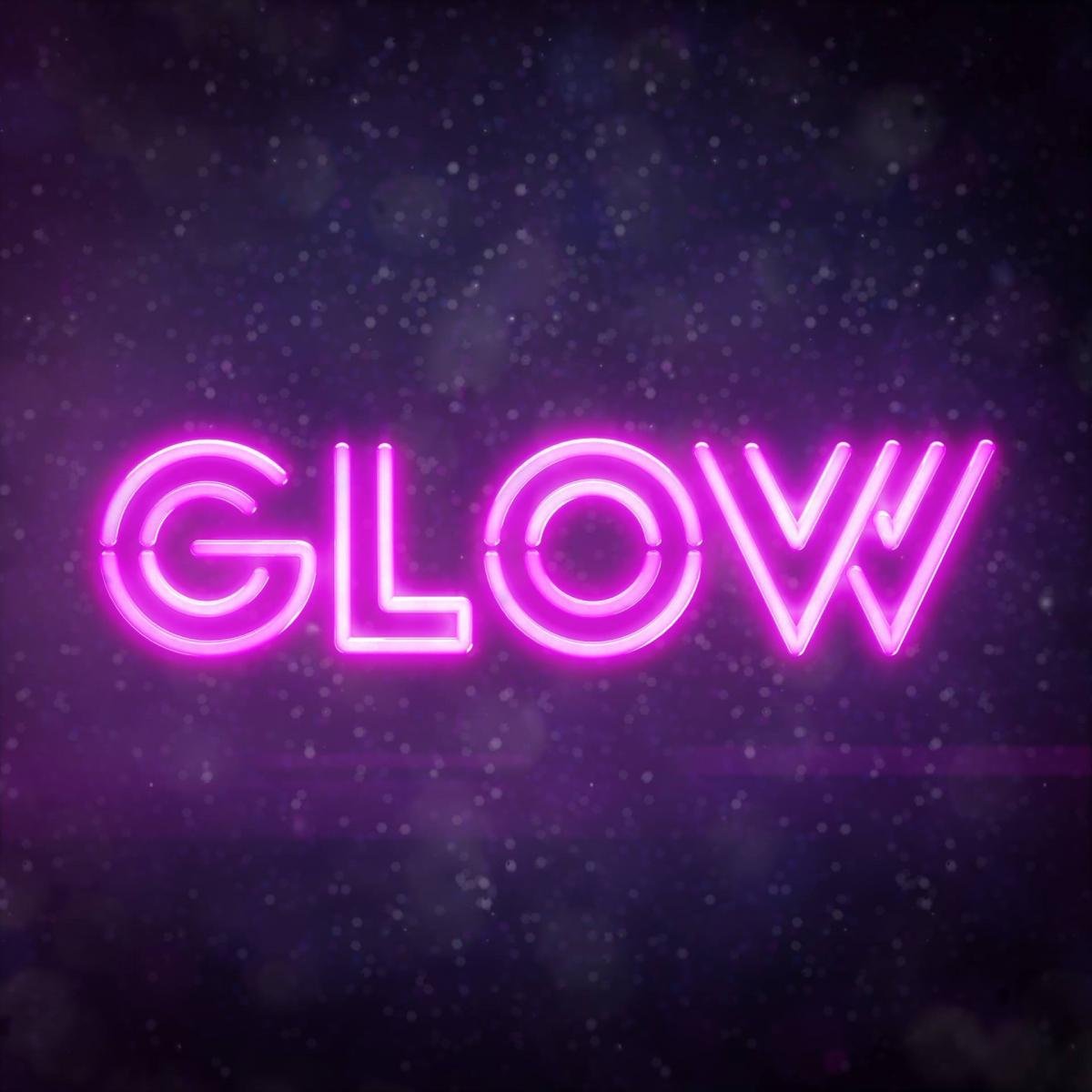 If you think women’s wrestling your mind will automatically picture women with 8-pack abs, flawless skin and thigh muscles to die for, right? If you look at WWE for instance, every single woman seems to look like a glamour model. This is where GLOW really turns that concept on its head, they’ve got sassy curvy black women, a girl that thinks she’s a wolf and even a breast-feeding mother. GLOW’s honest representation of women is one of the many things that makes this show so great. 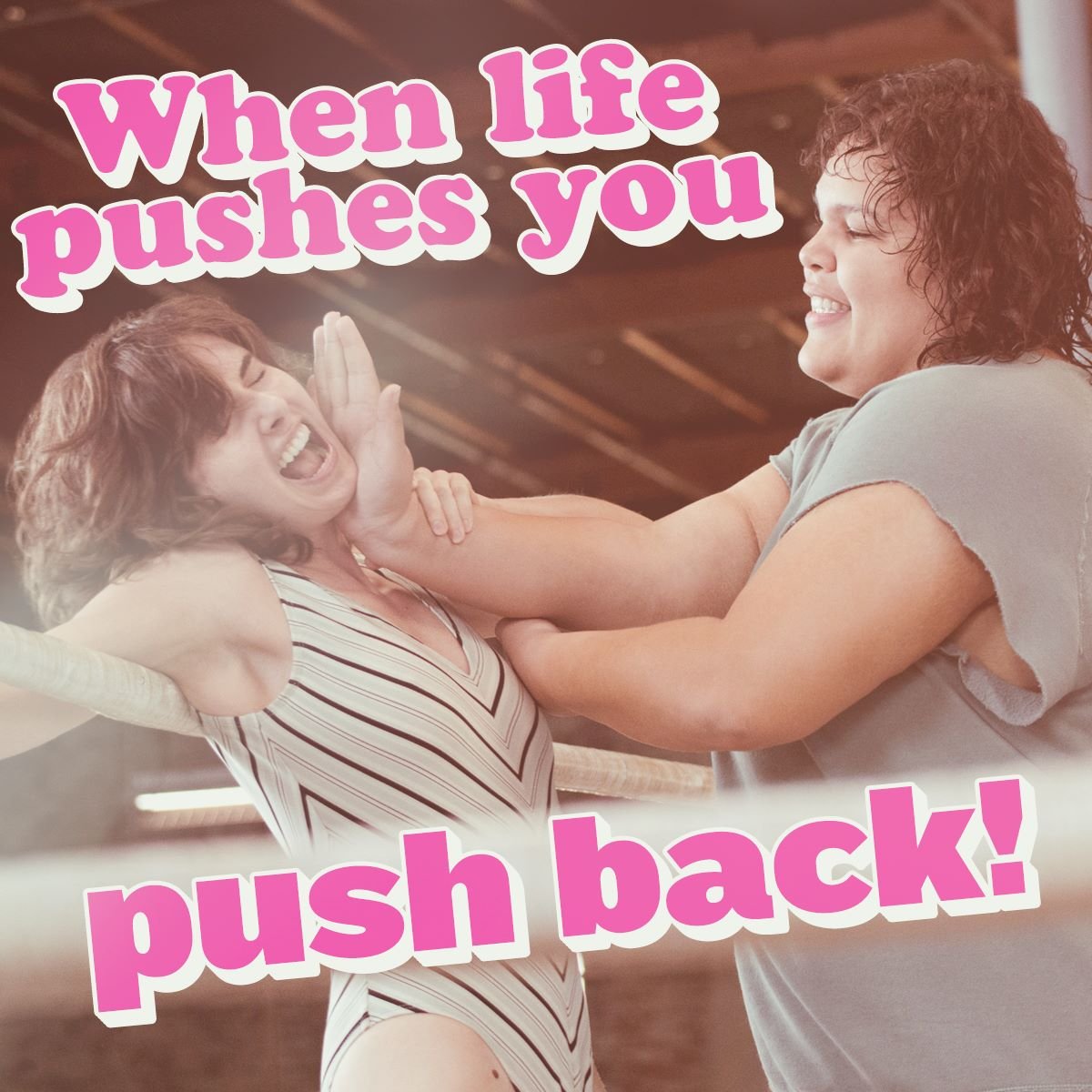 GLOW is set in 1985 and follows the story of a group of misfit women on a quest to create a pilot for a new TV show called ‘The Gorgeous Ladies of Wrestling’, or GLOW for short. Based on the wrestling show of the same name, GLOW is a fictionalised ‘behind-the-scenes-style’ drama of the '80s TV series.

Comedian Marc Maron stars as drunken director Sam Sylvia, who puts out a call for ‘unconventional women’ to audition for a mystery TV show in a run-down gym. Among the auditionee’s are Alison Brie as Ruth Wilder (Mad Men’s Trudy Campbell), a down on her luck wannabe actress that just can’t seem to catch a break. Despite not making it past auditions Ruth’s ‘take no for an answer’ attitude shines through and she returns the next day donning her war paint with the hope of wowing Sam. Ruth’s un-thrilling performance seems to be going terribly until her best friend Debbie Eagan (Betty Gilpin), bursts in and confronts Ruth for sleeping with her husband – which we are shown earlier in the show that she has been doing – and challenges Ruth to a fight. It is during this spectacular fight that Sam realises the true potential of the show and sets out on the task of recruiting Debbie as his headliner/main star.

Obviously, this plan didn’t go so well as tensions between Ruth and Debbie are still pretty high – which is hardly surprising, she slept with her husband after all. But despite it all they are forced to put their problems aside and work together for the show to be successful. 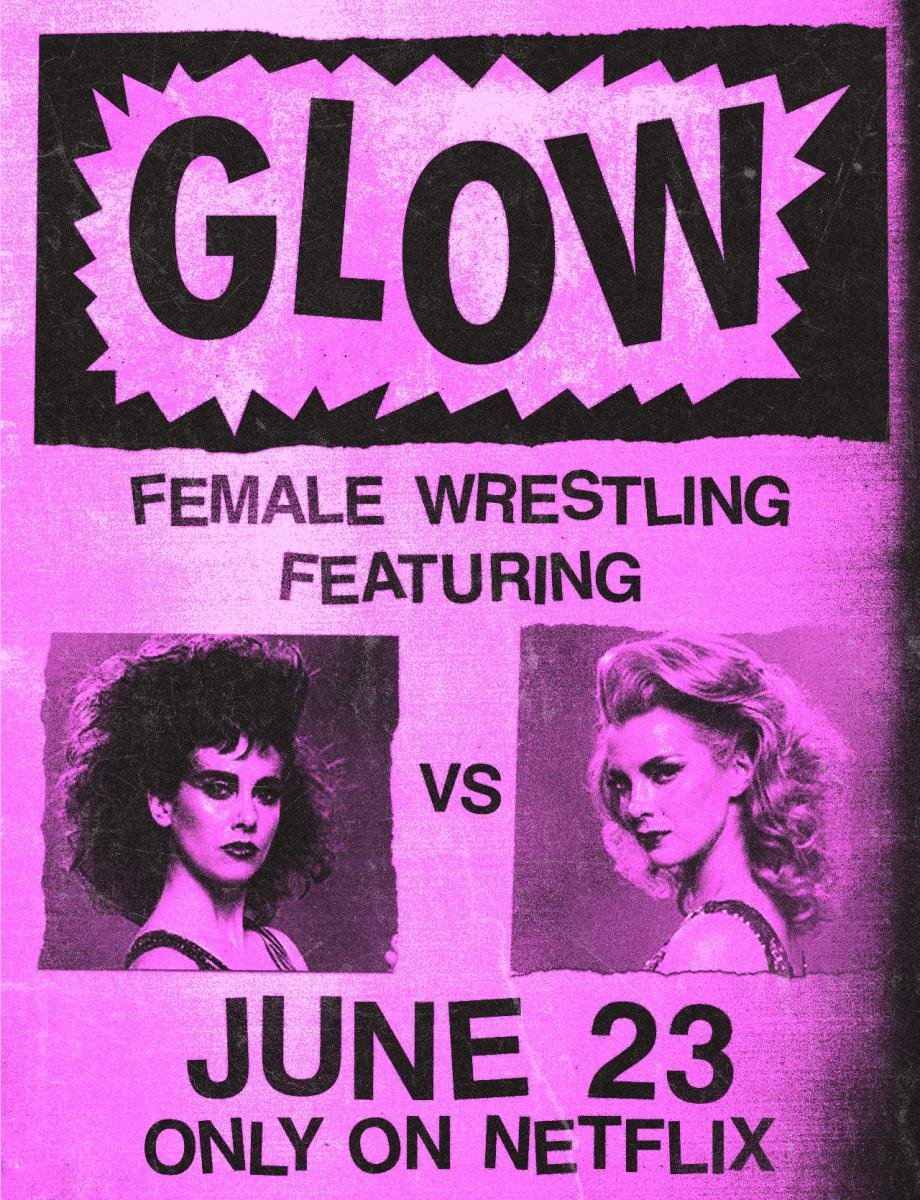 The women in the TV show alone are reason to watch it. British singer Kate Nash stars as the quirky Rhonda Richardson in a breakout role; she’s hilarious and you wouldn’t believe it’s her first acting role. Sydelle Noel stars as actress Cherry Bang who’s a strong, fearless woman and cracks many witty one-liners. There’s so many realistic women of all different shapes, sizes and nationalities. However, the one thing that was a little questionable was the decision to stereotype all the women for their stage personas. I mean he gives the beautiful Arthie Premkumar (Sunita Mani) the stage name of ‘The Terrorist’ and the crowd are REALLY horrible to her. Sam does explain that the women are supposed to be ‘fighting against their stereotypes’ but, THE TERRORIST – REALLY? 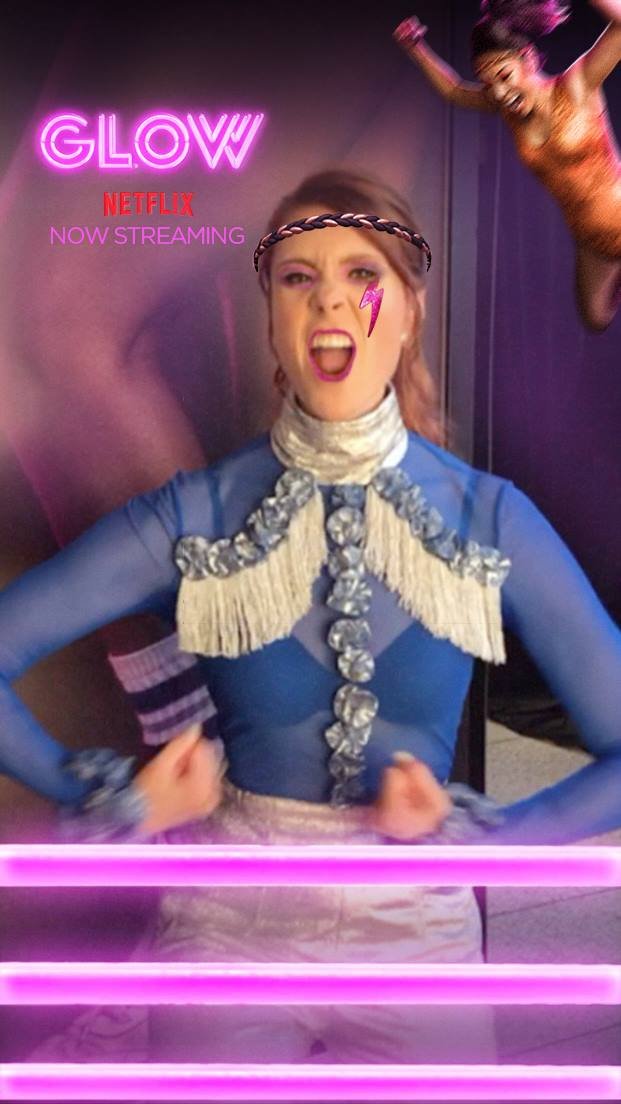 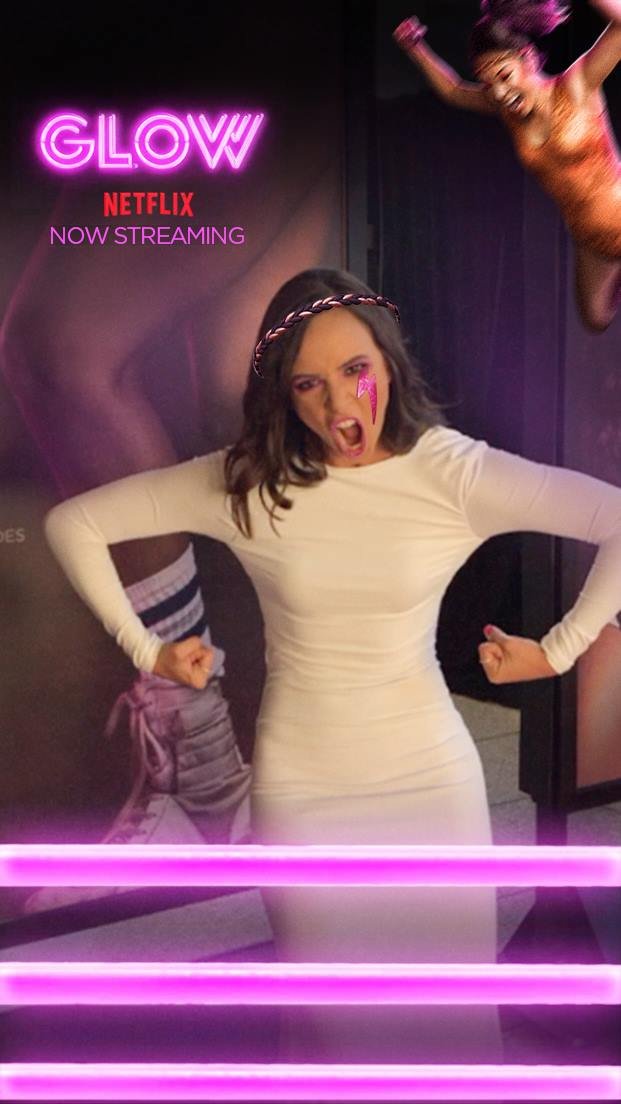 GLOW is a lot of fun to watch and a show that is guaranteed to make you laugh out loud. The women are powerful, realistic and incredible to watch and the writing is sharp and snappy.

Not to mention it’s already been renewed for season 2! HUZZAH.

What did you think of GLOW? Let us know @KettleMag