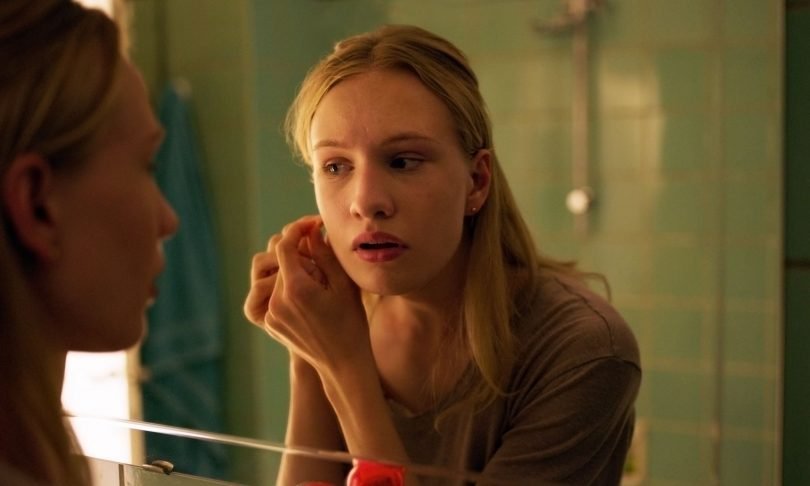 A beautifully composed, poignant film which tells the story of Lara, a Belgian ballet student, as she negotiates gender reassignment. The film tragically, subverts our pre-conceived notions of the traditional coming-of-age tale, and shatters the elegant mirage shimmering over the ballet, with an authenticity that Black Swan failed to achieve. In spite of sparking controversy for its treatment of transgender issues and the casting of a cisgender actor (Victor Polster) in a transgender role, ‘Girl’, and its guttural portrayal of gender fluidity juxtaposed with the flat-backed, straight-legged discipline of ballet, is a stunning directorial debut for Lukas Dhont and certainly a worthy nominee of the Golden Globe for best foreign language film.

Lara, inspired by the Belgian transgender dancer Nora Monsecour, is a 15-year-old girl who dreams of dancing. She has come late to ballet and is unused to the physical demands placed on the bodies of female dancers, yet has won a provisional place to train at a prestigious Belgian school. Under the guidance of a stern-faced, yet benevolent, tutor, lamenting the life that she once led under the stage lights, Lara embarks on a gruelling regime to transform her male body into that of a female dancer with steely and unwavering determination. Her feet weep as she eases them out of her blood-stained pointe shoes, tortuous contraptions, incongruent in their intention to enhance the ethereal grace of the ballerina. Her skin tears as she unpeels the thick, black tape which she applies to her body beneath her powder blue leotard to mimic the natural lines of the female form.

"I want to dedicate this film to 2 people that are very special. One is Victor Polster. He has the biggest power of any artist, empathy. This brings me to the other, Nora Monsecour. She's a young trans girl who is at the base of the film. She became my hero." Lukas Dhont #efa2018 pic.twitter.com/AASG9ZuSWd

Lara’s fellow students are willing to accept her only on the cruel condition that she exposes her physical self to them, deconstructing the image of femininity she has fought to project, in a scene brilliantly acted by Polster. Lara strives for the right to self-identification, but ultimately falls prey to the taunts of her peers. As she slowly removes her garments in front of the crowing gaggle of teenage girls, she smiles sweetly to conceal the anguish that we the audience see in her eyes, an anguish provoked not simply by the loss of her dignity, but by her own lack of conviction. Lara recoils, retreating to the family home. There she contorts herself into wife and mother, yet is her femininity is thrown into question again as her father brings home a lady friend who seems to be auditioning for the role instead. Devastated by the failure of her constructed femininity, Lara demands reassignment surgery, but is rejected by doctors, with tragic and visceral consequences.

The British cinematic masterpiece, ‘Billy Elliot’, has won over audiences young and old, male and female, with its uplifting tale of hardship, aspiration and success since its release in 2000. Yet, its take on what it means to want to dance and what it takes to succeed is entirely romantic. The young Billy, growing up in a County Durham beaten and bruised by the miner’s strikes of the 1980s, quite literally leaps out of the poverty his family has had to endure. The film, a blueprint for successive dance movies, portrays dance as Billy’s saviour from struggle, yet fails to note the struggle that dance itself imposes. With ‘Girl’, Dhont dispels this myth and confronts head on the pain and suffering that this beautiful art form so often inflicts on those enthralled to it. Lara’s struggle is only enhanced by her desire to dance, and ultimately her commitment to the art compels her to commit a brutal act of self-resentment.

For me, in spite of the controversy that the film has sparked, ‘Girl’ is a really significant piece of cinema. Dhont has reshaped the coming-of-age genre for a new generation. In his refusal to prescribe to the happily ever after school of film making, Dhont uses ‘Girl’ as vehicle to pave the way for a new wave of adolescent films, in which the screen reflects the authentic concerns of the audience.