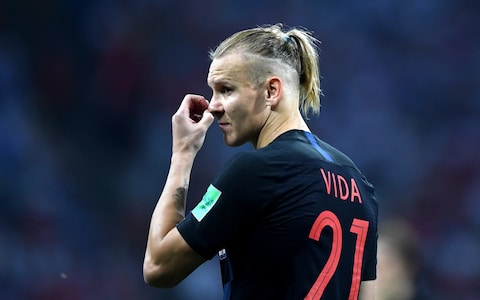 As someone who does not normally watch football, I was surprised to find the World Cup caught my interest. As I’m sure many people up and down the country did, I (nervously) watched England play Croatia in the semi-final. Even though England did not get the outcome they wanted, I found viewing the semi-final a thought-provoking experience.

During the first 45 minutes, it was quickly noticeable that one of the Croatian players was being booed whenever he made contact with the ball. When I asked my dad, who is an avid football fan why this was the case, he explained it was due to the player making pro-Ukrainian comments which had angered Russian supporters who were present at the Luzhniki Stadium in Moscow.

Croatian defender Domagoj Vida following his side’s victory against the host nation in the quarter finals was seen in a video shouting “Glory to Ukraine”. Vida had previously played football in Ukraine for the team Dynamo Kiev. As relations between Ukraine and Russia remain tense it was an insensitive comment to make especially as the World Cup is being hosted in Russia.

The situation has faced further attention as FIFA has opened an investigation as footballers under their regulations are not allowed to make any political statements. Whilst Vida’s actions and comments are a clear violation of this rule, I think the regulation is there for good reason. That is not to say I do not think Vida is not entitled to his opinion and should not voice it, but more care and consideration should have been given to what the potential impacts his comments could have.

FIFA’s rule is designed to prevent exactly what happened during the semi- final as the Croatian defender faced a hostile crowd in an already tense situation. It could be argued thus far I have solely found fault with Vida however, I do want to consider the accountability of the fans who were present in the stadium.

In my opinion spectators who booed Vida undermined the ethos of the World Cup. Whilst the World Cup is first and foremost a sporting tournament it is also significantly a symbol of unity. It shows how people of different ethnicities, religions and genders can come together. The actions of a minority during the semi-final match exacerbated differences between countries which undermined the work which had achieved by the tournament.

Admittedly I do not know a lot about football but I think in this instance it is a useful trait to have. By not knowing a lot about the individual players, it allows me to watch football simply and appreciate it for what it really is. As the football industry grows, some people allow themselves to lose focus of what football is, which creates space for politics to appear. I hope in the future the space for politics reduces and events like the World Cup can be enjoyed rather than tarnished by political differences of participating nations.