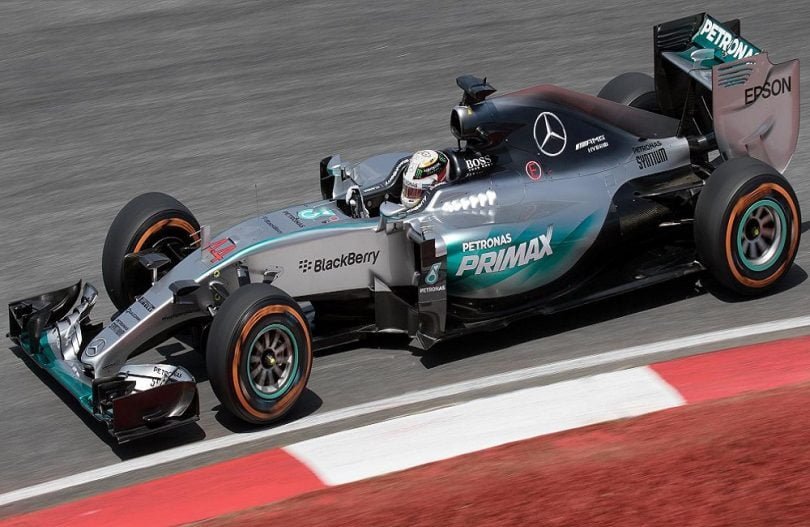 Lewis Hamilton wins the German Grand Prix, now 19 points ahead of Mercedes teammate Nico Rosberg in the world championship. Hamilton overtook rival Rosberg into the first corner and managed to lead every lap of the race, holding out the gap to five or six seconds and has now won six of the last seven races this year.

Nico Rosberg started from pole position on the grid but made a disastrous start as he faced another penalty for aggressively overtaking Red Bull’s Max Verstappen into the chicane which resulted in the young driver sliding off the track. This is believed to be the third time this month the German has been penalised by race stewards, Rosberg finished fourth after a five-second penalty and being unable to make up lost time.

Red Bull have overtaken Ferrari in the Constructors Championship by 14 points after a double podium finish from Daniel Riccardo who finished in second place and Max Verstappen in third, the first time both drivers have shared the podium this year for Red Bull.

Jenson Button took place in 8th and scored some points for McLaren after an impressive overtaking move on Bottas towards the remaining laps. Meanwhile team-mate Fernando Alonso took in 12th place after losing out on 10th position to Force India's Sergio Perez who picked up the final point with only three laps to go.

The chequered flag falls and after a long stint on the softs @ValtteriBottas hangs onto ninth place. #GermanGP pic.twitter.com/hfBRJkQlT6