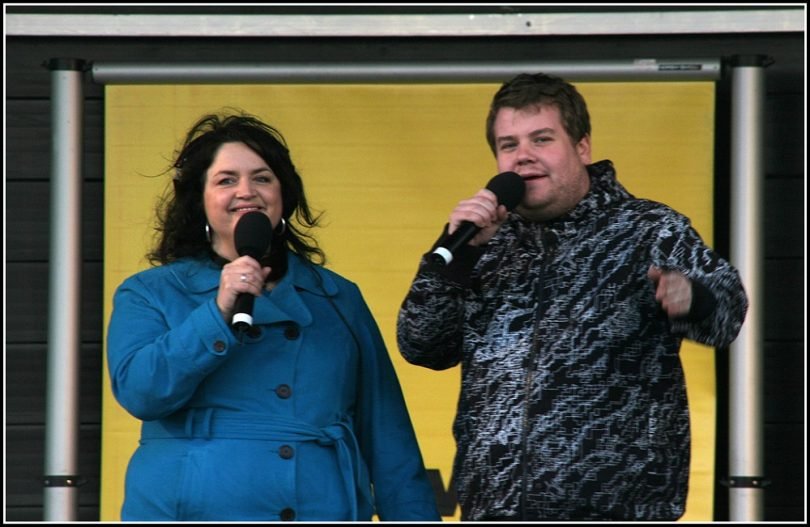 I didn't watch it when it was on. At home we never really gathered round the telly to watch a new comedy, unless Peter Kay was in it.

I remember mainly soaps being on when I was younger. So perhaps that's why, not long after it ended in 2010 and the complete series was released on DVD, the Gavin & Stacey box set had pride of place on top of the DVD player in the living room – inbetween Live Aid and Paul McCartney in Red Square.

The show shares some elements with a soap opera: the continuing storylines that overarch episodes meaning it must be watched in order; the representation of a bunch of ordinary people living their lives. Unlike a soap, the point of it isn't to go on forever. Soaps can bring in fresh new families or menacing, shadowy figures whenever they want to keep the programme interesting; they can kill off characters or destroy half a street with a tram and ratings will soar.

But why would we want to watch anyone else travel between Billericay and Barry but the Shipmans and the Wests? (And family friend, Pete Sutcliffe – the three surnames being a reference to serial killers).

I don't have fond memories, as some people will, of tuning in to BBC Three on a Sunday evening then chatting to school friends or work colleagues about it the next day. But since then I've watched and rewatched the series with family, friends, by myself, and each time it's just as funny. I most recently watched Gavin & Stacey not that many months ago with a flatmate and we both agreed it's one of the best sitcoms of all time, in our correct opinions.

The characters are so well written and performed, with Ruth Jones' Nessa equipped with a never-ending trove of bizarre anecdotes and Rob Brydon as Uncle Bryn making us laugh with his wide-eyed innocence yet fierce protection of his family. In Gavin & Stacey the two eponymous characters are the most ordinary out of the ensemble cast and their story is what drives the show, particularly in the first series.

Yet I'd argue that whilst the important structural storylines are what makes fans want to watch these characters over and over again, it's the smaller, though still just as memorable, details that makes us love them. It's Doris being the ultimate cougar, Gwen making countless omelettes, Mick being on the news for all of three seconds, THAT fishing trip, Seth being gone, and Pete asking personal questions about oven gloves.

Quite often when discussing sitcoms with people, you come to the conclusion that, as much as you like a show, you wouldn't really like it if you were in that situation. Imagine being employed by David Brent or Douglas Reynholm; staying at Fawlty Towers or trying to have a good conversation with Alan Partridge. But with Gavin & Stacey, you really want them to exist. You'd love to sing in the car with Smithy, admire Bryn's singing in church or have transistor radio code names with Nessa.

You could conclude that the characters make the show, but that would risk ignoring the great premise. Two sets of families and friends trying to support a couple who started a long distance relationship after chatting over the phone at work. And the brilliant thing is that 200 miles is far but not too far, allowing for the show to either make it a big, emotional journey or a quick hop between the two places when it's convenient.

Me mam uprooted us to South Wales a few years ago and, since watching Gavin & Stacey, every time we see a light blue Citroen Xsara Picasso driving along the M4, we claim that it must be Uncle Bryn on his way to organise a barn dance.

Moreover, it's full of emotion. Remember the last episode of the first series, when Bryn reads Stacey a letter from her father on the way to her wedding ceremony? Gets me every time.

Rob Brydon recently enthused about doing a reunion episode but with creators Ruth Jones ruling it out and James Corden open to it but very busy, it doesn't look like we'll be seeing Gavin & Stacey (and the rest) any time soon. Personally, I'm not desperate for them to bring it back. It's pretty much perfect as it is.

What are your favourite moments from Gavin and Stacey? Tweet us @KettleMag.