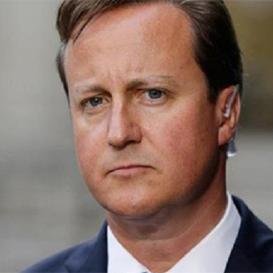 David Cameron has had a bad week. Despite instant denials that the Prime minister was involved with his Father’s tax evasion, he finally admitted he had benefitted from his late father’s Panama-based offshore fundmade As #CameronResign trends on Twitter, a crowd gathered in Downing Street on Saturday, in response to the panama papers leak, chanting “Tax evasion is a crime, David Cameron must resign”. In response, the PM has now admitted that he could have handled the revelation much better.

On Thursday, he annoucned that he and his wife Samantha owned shares in Panama based company Blairmore Holdings. He said he sold the shares in 2010 before he became Prime Minister, making £30,000.

#CameronResign became the top trending hashtag on twitter this Friday and plans to protest his position in parliament became a reality the following day, seeing thousands of people flood the street as pressure mounts for him to step down..

Amongest the protesters was Lily Allen, who posted updates on her social media.

As angry citizens surrounded his gates, chanting, wielding placards and later marching to the forum at the Grand Connaught Rooms in Covent Garden, Cameron addressed the Conservative party spring forum on Saturday, admitting it had “not been a great week”.

This massive understatement was met with laughter, but the public feels greatly misled by his actions, shown in an opinion poll about the party leaders. The latest YouGov poll showed that Jeremey Corbyn has topped the Conservative leader for the first time.

At the spring forum, Cameron went on to say that he would publish his personal tax details “later on”, in an attempt to quiet the MPs calls for transparency about this financial situation.

He said: “I know I should have handled this better. I know there are lessons to learn and I will learn them. And don’t blame No 10 Downing Street, or nameless advisers, blame me.

Whilst we still have no idea whether the PM plans to step down, a petition to have a general election held this year has already gained 100,000 signatures. This means it will be considered for debate in parliament.

Depsite the big turn out at the #CameronResign protest, people were angry that there was little media coverage of it.

It’s odd there’s a mass protest outside Downing st and no one seems to be reporting it?#CameronResign

The Panama papers scandal meant millions of documents detailing the finances of Panama-based law firm Mossack Fonseca over the last 40 years were revealed, and showed how their clients had evading tax in offshore companies. The list included 140 politicians and officials, including high profile figures such as Vladimir Putin and the Icelandic Prime Minister, who has since stepped down. also on the list was Ian Cameron, the PM’s dad.