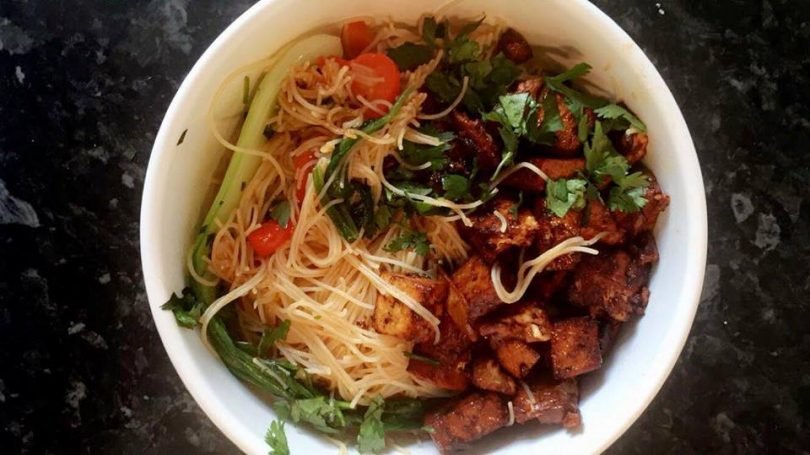 It’s hard being a student. It’s even harder trying to be environmentally conscious, whilst maintaining a healthy lifestyle as well as just the general demands of studying – all on a low budget. You’re skint and hungry but you also have high moral standards. But there is a solution: flexitarianism. A flexitarian is someone who, for the most part, eats a vegetarian diet, but will occasionally eat meat and fish. It means you get to gloat about your commitment to saving the environment, whilst also still being able to tuck into a cheeky Nandos on the odd occasion.

Why should I eat less meat?

According to the ground breaking film ‘Cowspiracy’ that discusses the negative impacts of eating a meat-based diet, animal agriculture is responsible for a massive 18% of greenhouse gas emissions – more than the combined emissions of all forms of transport. Also, livestock covers 45% of the earth’s total land; meaning mass deforestation to ensure there is enough space for cattle. More and more people are acknowledging the destructive impact that the meat industry is having on the environment. The growth in awareness surrounding the environmental impacts of the meat industry has led to a huge rise in those choosing vegan and vegetarian diets. According to The Telegraph, the number of vegans in Britain has risen by more than 360% in the last 10 years.

But I don't really care about the environment…

If the whole idea of helping the world isn’t up your street, then consider a low-meat diet for saving you money. A study published in the Journal of Hunger & Environmental Nutrition found that eating a plant-based diet was cheaper. With various pulses and grains you can still ensure that you’re getting plenty of protein along with an ample amount of other vitamins – plus you’re still getting that occasional source of meat with a flexitarian diet, so you don’t need to be concerned about missing out on any of the good stuff (do students even worry about that?).

The days of the fully-fledged carnivores are over. This isn’t the Tudor times anymore; we’re entering an era of the mighty eco-warrior who strives to eat less meat. It’s not a perfect eco-friendly diet, but it’s a start. Flexitarianism can be seen as the first step, a gateway to vegetarinism and veganism. If you don’t want to go cold turkey on animal products right now, and meat-free Monday seems a bit too tame, then try out a flexitarian diet.