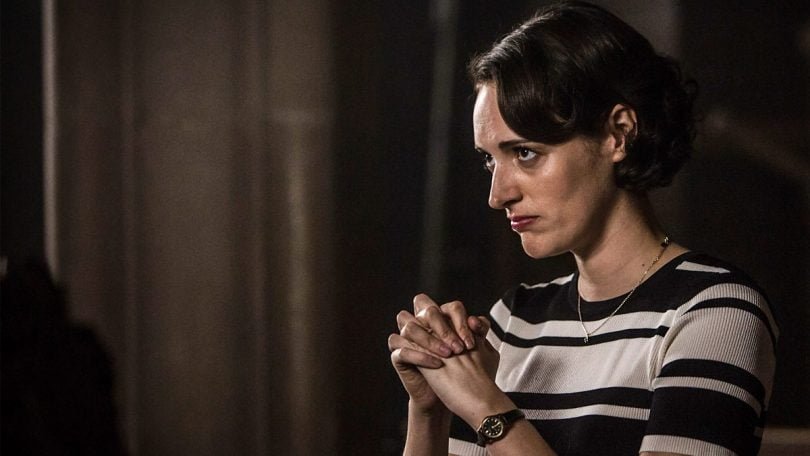 Fleabag stumbled onto our screens for the last time this week. And although we can no longer tune in on Monday evenings to watch with abhorrence and admiration in equal measure this 21stcentury girl in action, it is by no means an overstatement to say that Waller-Bridge’s creation will continue to have a lasting impact on women and the feminist landscape for years to come.

There are no two ways about it. Fleabag is a bad feminist. She hesitates for barely a second before admitting to the fact that she would happily sacrifice years of her life if it meant that she could have ‘a hot body’. She really cares about her hair and certainly wouldn’t be seen burning a bra, especially if it was a skimpy little lacy number that could be slipped on under a belted trench coat whilst waiting for a lover to knock on the door. Early feminists, and their suffragette sisters, won women the vote. Though she hates to admit it to her squeaky-clean sister, Claire, Fleabag is pretty apolitical. She claims to read the news, but her idea of a gripping headline is ‘Puppy Stuck in Fan’.

Second wave feminists of the 60s and 70s earned women the right to cast off their domestic shackles and find success in the work place. Fleabag runs a struggling guinea pig themed cafe. The menu is a not so carefully curated range of corner shop delicacies and milk is constantly in short supply. Cucumber for Hilary however, the resident guinea pig after whom the café was themed, seem always to be abundant.

But Fleabag is a bad proponent of a bad kind of feminism that is in desperate need of updating. Even 21stcentury incarnations of the gendered ideology are rife with paradoxes which make actually being a feminist and living by the virtues that the ideology espouses virtually impossible. Feminist doctrine tells us to strive to make history. It also tells us that well behaved women rarely do so, yet doesn’t seem to embrace those who catastrophically break the rules. Feminism has led us towards sexual liberation, yet has not lead women away from shaming their sexually promiscuous female compatriots by labelling them as sluts.

With Fleabag, Waller-Bridge shines a light on these doctrinal flaws and makes clear to the audience that you need not abide religiously by feminist norms in order to be a woman freed from the shackles of patriarchal society. Fleabag is badly behaved and sexually promiscuous and yet emerges at the end of the second series of the show as one of the strongest women TV screens have ever seen.

Fleabag smokes like a chimney and swears like a trooper. She is a light-fingered kleptomaniac who steals to spite the step mother she comically despises. She screams, she shouts, she lies (especially when it comes to knowing the provenance of the ingredients in canapes she claims to have made herself), she shows off, she smashes champagne flutes, she drinks too much, and she isn’t afraid to swing a punch and end up with a bloody nose herself. And when it comes to sex, she’s far from virtuous. She masturbates to videos of Obama whilst her short-lived yet still long-suffering boyfriend sleeps in bed next to her. She thinks the only sensible explanation for the existence of tiny batteries is to power sex toys and, with a smug smile, wears anal sex as a badge of honour. And yet, Fleabag is a feminist in spite of this often quite visceral refusal to abide by traditional feminist tropes. At the end of the series, as she walks away from the man that she loves yet knows she could never be with, and off of our screens with a wave, she heads into a future as an independent woman.

Ironically, Fleabag is a far stronger woman than her sister Claire, who seems to be, by any measure, the archetypal feminist. A career woman, who Fleabag imagines is most probably a millionaire by now although struggles to understand exactly what it is that she does, Claire juggles commuting between London and Finland with caring for her, slightly strange, teenage stepson. She reads the newspapers, replies to important emails and hosts women in business awards. Yet, for the entirety of both series of the show, she endures marriage to a work-shy, cheating, crass alcoholic. In spite of the feminist persona that she outwardly presents, she would rather stay with her awful husband than rock the metaphorical boat. Only in the presence of her messy, badly behaved sister does Claire have the confidence to leave her loveless life and pursue true happiness, in possibly one of the most damming critique of traditional feminism by Waller-Bridge.

Fleabag empowers all of us guilty feminists, who, for years, have felt the need to apologise for breaking the rules of game. At the point at which the ideology designed to liberate us from the patriarchal shackles that historically confined us itself becomes as much of a shackle on the way we choose to behave, something needs to change. With ‘Fleabag’, Waller-Bridge places this need for change centre stage and grants us all permission to start now. Fleabag is the anti-heroine whose imperfection makes her my ultimate heroine.