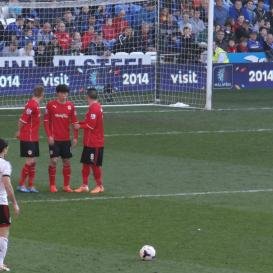 The Premier League season is upon us, and by now you’ve probably been cajoled into the annual nightmare that is the house/society/friends-from-home fantasy football league.

Fear not – this season I’ve compiled a list of five ways of preventing your friends from knowing that you actually know nothing about football. Follow them to the T and come the end of the season you should avoid looking like the virtual equivalent of David Moyes and having to pretend that you lost interest after the second week.

Barring a Harry Kane shaped surprise, one of these three strikers will be top scorer this season – you need one in your team.

Whilst it might seem clever to spread the cost of your team evenly, every season there is one player who gets significantly more points each week than everyone else. Last season it was Costa (untill injuries prevented him), the season before it was Suarez, and the season before that it was Van Persie.

Without a player like this, your team will flounder and your friends will laugh at you – go big.

1b. Captain this player (that should be obvious).

2. Be wary of new signings

It’s not hard to be wooed by an exotic new signing – the price tag, the scoring statistics, the YouTube goal compilation… 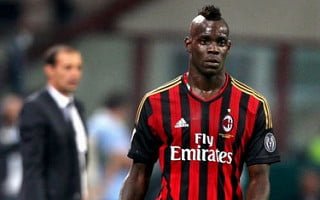 Lest we forget however, the golden rule of football transfers: for every Didier Drogba there is an Adrian Mutu.

This doesn’t just hold for strikers. Dejan Lovren was predicted to be a calming presence in the Liverpool defence last season – he was anything but. Steven Caulker was another defensive flop for QPR, whilst Luke Shaw’s Manchester United career has started so badly I’d actually forgotten he existed.

So if you are considering a shiny new winger for your first 11, let’s say Roberto Firmino for example, remember that the last time Brendan Rodgers bought one of those his name was Lazar Markovic and he got played at wing back.

As much as you might want to show off your knowledge of Manchester United’s youth team, Watford FC, or Jonjo Shelvey – don’t.

Harry Kane was a one off, remember that, maybe write it across your arm whilst you pick your team. Even if this is actually the season that Jordan Ibe, James Wilson, or Adnan Januzaj comes of age, it’s not worth the gamble just to say ‘I told you so!’ Equally, Watford probably aren’t going to be the dark horses of this season – just stick to known quantities, you can always make some transfers if the Harry Kane phenomenon does happen again.

One of my favourite moments in fantasy football was preparing to watch Chelsea’s second game of the season, knowing that Jose Mourinho had dropped Juan Mata and David Luis. I knew this but my friends didn’t and so had proudly put them both in their team. Needless to say it was a glorious night of feeling smug – Ivanovic got me a goal too.

To avoid mocking from nerdy people like me, make sure to check that your players manager isn’t going to bomb him out of the club because of a disagreement over his pressing style. Homework!

5. Remember to check your team

Injuries are a nightmare to any sportsman, just ask Daniel Sturridge, but what they don’t have to go through is finding out just after the 11:30 deadline that all your strikers have pulled hamstrings and you have to play the week a man down. Nightmare.

This however is a scenario you can prevent without any kind of stretching – check your team before 11:30 on Saturday morning.