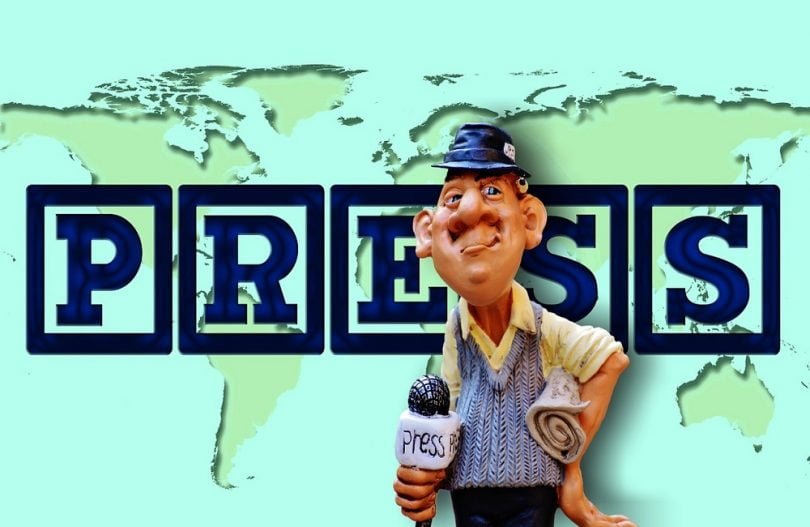 Last Friday, Joanna Geary, the Europe, Middle East and Africa lead for Twitter’s Moments project, took to the social network to consider her role in journalism, and how she sees her work in the industry moving forward.

Geary, who has been working in journalism for over 12 years, has held a variety of roles, from a reporter in print to digital development roles to her work at Twitter.

I have just worked out I have now been doing media-y jobs for ~12 years, 6 months.

Longer than the ~10 years dreaming of (and working on) getting there.

For ~4 years I was as traditional a print reporter as I ever was going to be.

For ~6 years, I held job titles in newsrooms that colleagues didn’t understand (“digital development” anyone?) and sometimes didn’t care for

“Only the journalists who can’t hack it end up in digital” was one newsroom’s mantra.

In quiet times I worried maybe I’d made a mistake. I should have stuck to traditional reporter roles to gain more industry respect.

For another almost 3 years now I’ve been working in jobs where I have generally considered to have “left journalism”.

For a while, I was annoyed people said that. I was still fearful. Thought it mattered.

Now I realise I’m doing things that feel closer to those 12-year-old’s dreams than “bashing out” copy did all those years ago.

So, yeah. That’s a thing. No moral. Only, I guess if I had decided my career based on what would get me more respect, I’d be less happy.

I’m using everything I learnt in those 12.5 years & learning more every day. I LOVE the team I work with and the aims we have. I feel lucky.

The conversation that followed was thought-provoking, and it inspired me to respond on Twitter, in 4 tweets.

I wanted however to expand on this. Journalism across the UK is changing right before our eyes, and many students, as they prepare to either start their degree (at the undergraduate or graduate level) or continue it, are wondering if it is still worth studying journalism.

Most of all, they are wondering if they can be employed in the industry, and have a successful career, in the face of advertising declines, job security and overall changes in how journalism is produced and consumed.

In spite of the uncertainty that remains, there is no greater opportunity than to study journalism at university. If you’re wondering if you will

Here are 5 things you should remember, together with the accompanying tweet I wrote after reading Geary’s comments.

Inspired by @joannauk to write the following tweets. There is always going to be a need for journalists irrespective of medium. (1/4)

The mediums are changing, but there is always going to be a need for journalists – people to help make sense of events, to enhance civil discourse, and most importantly, to help people go about their everyday lives by educating, stimulating, and engaging.

Indeed, the views of Margaret Sullivan, the former public editor of The New York Times, are still prevalent, for what matters is the journalism itself, not its platform.

Your work is important

We enter this profession to tell stories and to help people and enhance society. That will continue as the industry evolves. (2/4)

You decided to enter this profession not to seek fame or fortune, but for the cause of public service. You believe in the power of the written word, whether in newspapers or online, or as part of a script for radio or television. No matter what you write about, you want to use journalism as the ability to benefit its core beneficiaries – your audience.

Keep your head up

To those seeking work in #journalism, don’t be despondent. Keep going. For your contribution is valuable and always will be. (3/4)

Even as you pursue a career in this industry, as you build your portfolio and finish your modules, you will face hurdles. You will get rejected for jobs, work experience placements, and even freelance pitches.

Don’t be despondent. You wanted to pursue a journalism career to make as good of an impact as you can. You are valued. Your contribution is valued, and let no one tell you otherwise.

In the interim, keep going, and, to borrow what a close friend in London told me when I faced difficulty, and what Ben Howard sung about, keep your head up and your heart strong.

You didn’t make a mistake

To those wondering amid uncertainty, you did not make a mistake. The world will always need #journalism, no matter the platform. (4/4)

As you face these rejections, you will likely be asking yourself many questions, most notably, did I choose the wrong path?

The short answer? No. The long answer? No, and you’re valued. Journalism is going to evolve, but there will always be a need for people to strengthen it, to make it better, and to continue that it helps society.

A close friend of mine in Canada passed along to me a video a while back featuring the words of Ira Glass, the US public radio presenter and producer known for his work on the programme This American Life.

THE GAP by Ira Glass from Daniel Sax on Vimeo.

Glass says that for anyone pursuing work in the creative fields, there is a phase where a lot of people end up quitting, whether its constant rejection or things aren’t going anywhere. Your taste and instinct is present, but you are going to face hurdles. Along the way, you will also have the ability to hone your craft and learn along the way.

So don’t give up and keep going – for the world needs journalists, and despite the changes in the industry, that has no signs of changing in the near future.

What do you think? What advice would you give to journalism students? Have your say in the comments section below or tweet us @KettleMag and @KTL_Lifestyle.