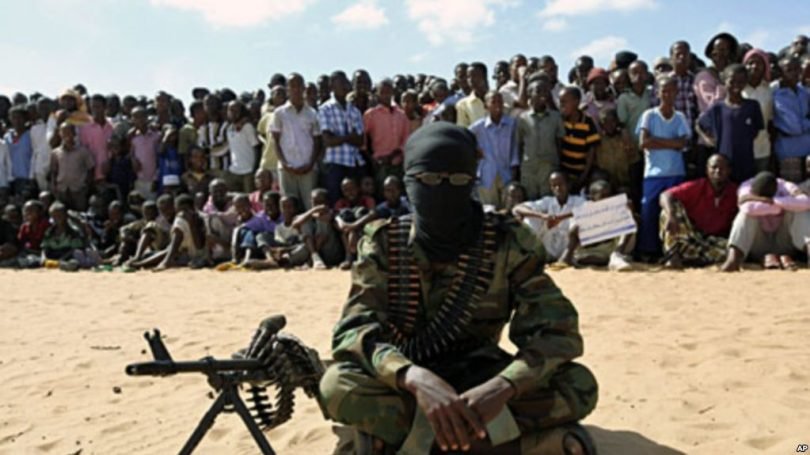 This year the main news outlets have mostly been reporting on the rising conflicts in Israel, Iraq and Ukraine.

This year the main news outlets have mostly been reporting on the rising conflicts in Israel, Iraq and Ukraine. In Ukraine the main issue is between pro-European and pro-Russian activists and the recent shooting down of a Malaysian Airlines flight has resulted in a lot of blame being pushed on Russia and pro-Russian activists in the British media.

In Israel, however, the media is more divided on opinion. Whilst the more liberal news outlets sympathise with the ongoing persecution of Palestinians, the more conservative news outlets argue that Israel has a right to defend itself from Palestinian terrorists.

Since January 1991, Somalia has found itself in a state of civil war which developed from resistance to the military dictatorship of the 1980s. Ever since the country has been divided into three – Somaliland in the North, the Federal Republic of Somalia in the East and the Islamic Emirates of Somalia in the South East.

There are also a number of Somali aligned territories in eastern Ethiopia and part of the North remains unaligned with any forces. The most recent part of the war began in 2009 when Al-Shabaab controlled regions were taken over by Ethopia and the Federal Republic of Somalia.

Al-Shabaab are a terrorist organisation who control the Islamic Emirates sector of the country and they claim control over the entire country as well as the more western government of the Federal Republic. Somaliland is a separatist state in the north that does not wish to be a part of Somalia however it is still currently recognised as a region of Somalia internationally.

The drug war in Mexico has been ongoing since December 2006. Rival drug cartels have been fighting with each other, as well as with the Mexican government and civilian vigilante groups, for control over certain regions of the country.

Mexican drug cartels had existed for decades before the war began however started gaining more control after rival cartels based in other South American countries and the United States were arrested or disbanded. They now have control over a vast percentage of the population as they are responsible for 90 per cent of cocaine imports into the US.

It was the arrest of cartel leaders in Tijuana and the Gulf that acted as a catalyst for the current war and it was estimated that the conflict had caused 130,000 deaths by 2013. The Mexican government have taken on the task of dismantling the cartels whilst the US government has pledged to crack-down on drug trafficking into its borders to try and reduce the power of the cartels.

Whilst Tibet gets a lot more attention, since 1989 there has also been a separatist struggle in the Xinjiang province of the People’s Republic of China. The Uyghur people (from Turkic descent) claim that the region is a separate country from the rest of China and refer to it as East Turkestan.

The separatist movement is led by Turkic Islamist militant organisations and is mostly against the Chinese government in Beijing. The conflict began when the USSR backed East Turkestan in the late 80s and has been ongoing since. International attention was not brought to the conflict until 2007 when a suicide bombing was attempted on a China Southern Airlines plane and then again in 2008 when four police officers were killed in a Xinjiang terrorist attack four days before the Beijing Olympics.

Ongoing since 1948, the internal conflict in Burma (also known as Myanmar) is one of the longest running civil wars in history. It began almost immediately after Burma gained independence from the British Empire.

The conflict became particularly intense when the government declared Buddhism as the official religion of the country and as such began stripping rights from Christian (Karen) citizens and Islamic citizens. The anti-government movement is currently backed by Thailand, China and the United States.

Many people are unaware that the Russian Federation actually comprises of a number of different Oblasts and Republics and, as such, not one ethnicity holds a substantial majority in the country. Russians make up the largest ethnicity in the country however the majority of the people within Russian borders consider themselves to have a different ethnicity.

In the North Caucasus the people of Chechnya, Dagestan, Ingushetia, Kabardino-Balkaria, Karachay-Cherkessia and North Ossetia have been fighting against the Russian government for many reasons varying from outright separatism to greater rights for ethnic Caucasians.

While the Chechen war ended in 2009, there is still a great deal of terrorism and fighting in the region as many believe Chechnya should be an independent nation.

The Dagestan region now has a higher rate of extremism than Chechnya did during the official Chechen war.

Often described as the “Russian Paris Hilton,” TV presenter Kseniya Sobchak garnered a lot of controversy from anti-Russian organisations after publically announcing her opposition to the Russian government and later her support for the people of Chechnya and Dagestan. They believe she has belittled their cause.