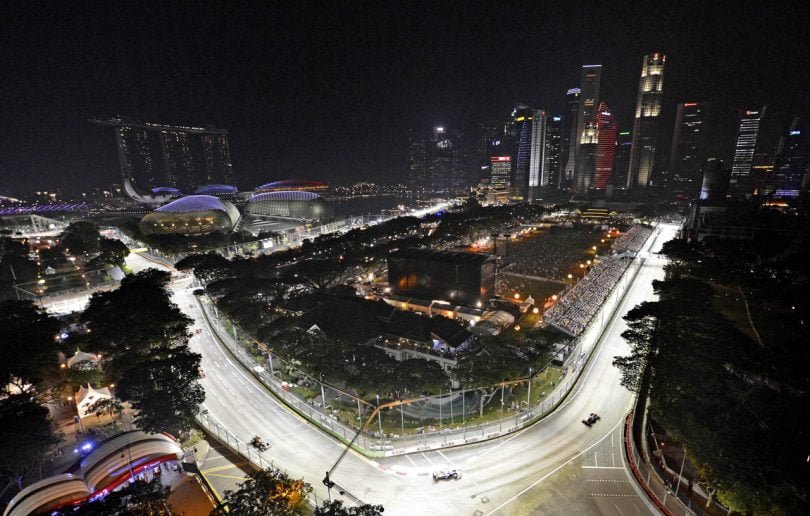 The last push for the championship heats up as Formula 1 heads to the Marina Bay Street Circuit for the Singapore Grand Prix.

The last push for the championship heats up as Formula 1 heads to the Marina Bay Street Circuit for the Singapore Grand Prix.

After his victory at Monza, Lewis Hamilton will look to further close the gap on teammate and championship leader Nico Rosberg under the lights in Singapore.

Whilst Mercedes are once again the favourites going into the weekend, the fight behind the two silver arrows looks to be spearheaded by the Renault powered Red Bull team who have taken the win at the last three races around the 3.147 mile circuit.

Sebastian Vettel will be looking to take his fourth consecutive victory around the streets of the Singapore and his first of the season. The defending champion lies in sixth place in the championship and 54 points behind the less experienced teammate Daniel Ricciardo.

With a track the rewards a good chassis and downforce as opposed to engine performance which was key last time out at Monza, the Renault powered teams will be a lot more competitive than they were at the Italian Grand Prix.

This weekend is also sees the first race that will see a ban on messages to the driver that will benefit both car and driver performance. The decision has caused quite a stir amongst fans and drivers alike, Lewis Hamilton has praised the ban as well as Nico Rosberg however on the over hand Felipe Massa believes that it could become a safety concern and had questioned the decision.

"For me it's a little bit funny that they change this type of thing in the moment. It's not the correct moment."

Jenson Button has stated that a lack of radio communication could compromise the drivers’ starts.

Pirelli have once again opted for the soft (prime) tyre and the super-soft (option) tyre however a risk of rain throughout the weekend could throw a spanner in the works.

The climax of the season

Looking ahead to the weekend it should be business as usual with Mercedes locking out the front row in qualifying as the championship battle intensifies in Asia. Whilst Lewis Hamilton has won the race, the track has been cruel to the 2009 winner in recent years. Hamilton failed to finish in 2010, 2011 and whilst in the lead 2012.

After a podium last season and leading the championship this time around, the German was unlucky not to win the race in 2009, whilst challenging Hamilton for the lead Rosberg was given a drive through penalty after crossing the while line on the exit of the pitlane.

With both drivers in fine form and the championship finely poised, there could be fireworks.