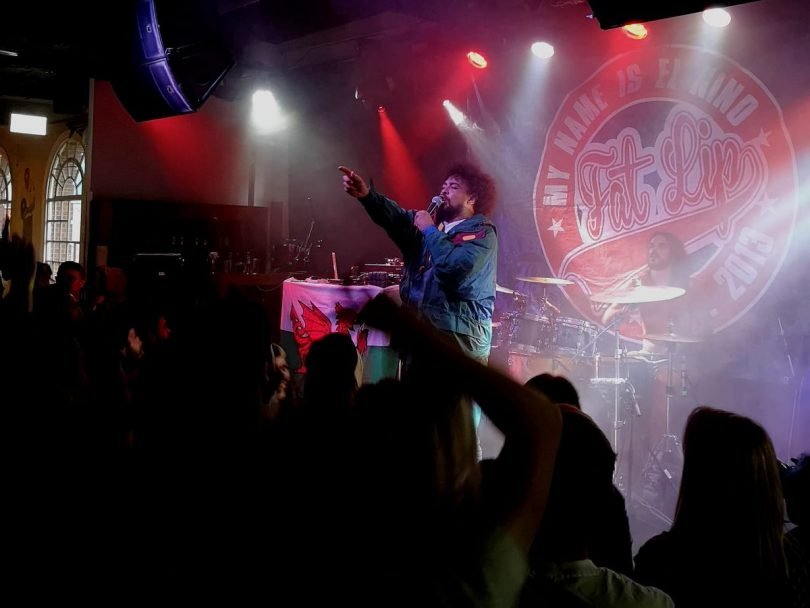 We headed along to see if we could find our new favourite band and expand our playlist.

Here’s who we discovered and think you should add to your Spotify playlist.

Ok, so not technically a new discovery, but now a four piece and with new music we think it counts. Despite a few sound issues Mallory Knox proved as popular as ever with people singing along to every word and getting into their newer music just as much.

If you’re a fan of the old Mallory Knox, stick around; there’s good things to come.

Misery Kids took to the acoustic stage at Fat Lip to a busy crowd. The great thing about Fat Lip is the opportunity to see bands in a different environment to usual & Misery Kids took the oportunity and ran with it. Their chilled out acoustic sound was the perfect break between the loud sounds of The Lanes stage.

We checked them out as soon as we got home and we’re on board for sure.

Carcer City are about as noisy as it gets and were the perfect band for Fat Lip festival. Performing to a busy audience of which there seemed to be large amounts of people singing back every word. The band seem to be already gaining a fan base and one that is sure to have grown after their Fat Lip performance; one they really seemed to enjoy.

If you like your music loud and in your face, check Carcer City out.

There was no shortly of loud hardcore bands at Fat Lip festival and Lotus Eater were no expection. Performing in the crowd for a large part of their set, the band seemed ready from the get go and wanted the crowd to get stuck in; which some did.

As the band themselves say; This is Gloom. They’re dark, loud and passionate and might just be exactly what you’re looking for.

Whilst the festival gave the opportunity for the discovery of new music, it was still Black Peaks that stole the show for us. Surely they’ll be headlining festivals left, right & centre soon enough. We also can’t go without giving Astroid Boys a shout out; what a crowd and what a performance.

Although battered by rain and with a few tech issues; including one which resulted in Crazy Town’s set being cut short meaning no Butterfly much to fans outrage, Fat Lip Festival once again proved itself as having a rightful place in the alternative festival circuit.

We’re looking forward to what year 3 will have in store.