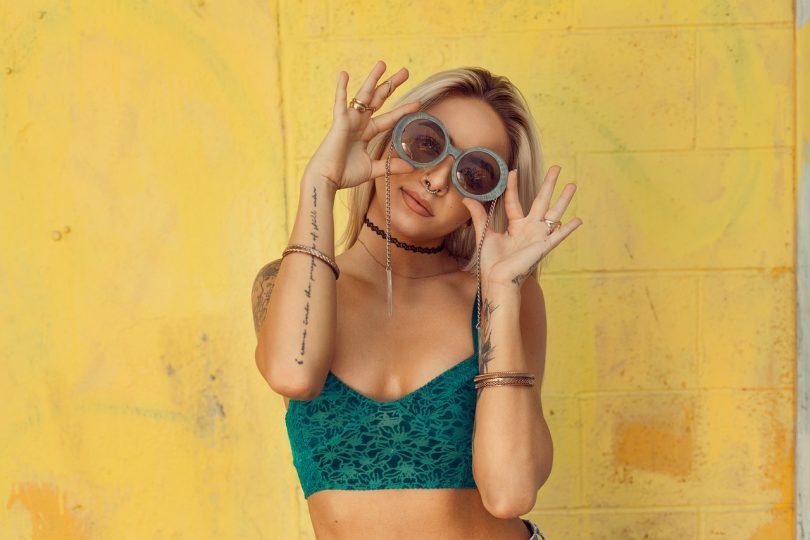 A mere ten years ago, it was near impossible to dress like your fave celebs for a fraction of the price. Imitation Valentino heels were hard to come by, and the high street was more Jane Norman than Gianni Versace. How times have changed. In 2019, everywhere you look are affordable replicas of the outfits of the rich and famous.

The rise of so-called ‘fast fashion‘ has been meteoric, thanks to massive e-tailors like Boohoo and Missguided that dominate the scene. Fast fashion sees the production process accelerated in order to get new styles from the catwalk to online as quickly as possible. You may associate pastels with spring, bold neons with summer and earthy palettes with autumn/winter, but fast fashion means that consumers can get their hands on a continuous cycle of trend-led clothing, all year round. It may mean a great range of choice for shoppers but the demand for cheap clothing is detrimental to society and the environment, leading to poor working and labour conditions, with so many unsustainable garments heading for landfill.

In June, Missguided came under fire for its £1 bikini, a plain black, plastic two-piece on sale for the same price as a loaf of bread.

In a statement, they explained how the item was launched as a 10th birthday promotion – to celebrate a decade of “empowering women to look good and feel good without breaking the bank. It cost us more to produce than £1 and we’re absorbing the costs so we can offer it at an incredible price as a gift to our customers.” While they recognise the ethical issues that would come with producing a bikini for £1, they have completely ignored the environmental consequences that the promotional garment would bring. The problem with fast fashion is that clothes are marketed as such low price points that they are regarded as disposable – bought cheaply to be worn on holiday or to an event and then discarded, destined for landfill.

With their relatable social media personas and colourful branding, the fashion site, launched in Manchester in 2009, appears to be our generous, stylish BFF. But behind the saccharine fascia is a design-stealing, money-making giant. Kim Kardashian-West – reality star turned law student – sued Missguided USA for ripping off her husband’s designs. Kim was awarded £2.1m in damages from the company after they had stolen Kanye West’s original styles.

Tweeting to her 59M followers, she said:

It’s devastating to see these fashion companies rip off designs that have taken the blood, sweat and tears of true designers who have put their all into their own original ideas.

Missguided advertised their “imitations” by posting sassy slogans such as “the devil works hard but Missguided works harder”. Interestingly, the quote itself is often used in memes about Kris Jenner’s dedication as momager of her famous offspring, furthering the site’s obsession with the family.

Cheerleaders of fast fashion are found in the Pretty Little Things/Nasty Gals (delete as appropriate) that enter the Love Island villa at the start of summer. The fake tan has barely dried before fashion sites start hyping up their walking adverts, having hooked the singletons up with some fresh outfits for their big TV break.

Sadly, the fashion is as unsustainable as the show’s relationships. On the high street, Primark offer time-sensitive t-shirts emblazoned with Love Island catchphrases. Just in case you wanted to walk around letting everyone know who is 100% your type on paper. Realistically, this merchandise may be snapped up in the summer of lust while the Islanders are still providing memeable ~content~, but what will happen come August when we wave goodbye to the Majorca villa for another year? Ain’t nobody out here sporting palm trees and pink hearts in the blustery depths of November.

Take inspo from Lizzie McGuire and be an outfit-repeater

Novelty aside, the effect of fast fashion on the planet is catastrophic. If this culture of wasteful clothing consumption continues, by 2050 the fashion industry will be responsible for a quarter of the world’s carbon budget. We could all think twice before buying a whole new outfit every event. According to UK government agency Waste Resources Action Programme, extending the life of clothes by 9 extra months of active use would reduce carbon, water and waste footprints by around 20-30% per garment

For those occasions that demand a new outfit, maybe consider your usual shopping habits and make more conscious choices. The need for corporate responsibility is hitting home for some retailers. H&M launched its ‘Conscious Collection’ for Spring 2019, which comes as part of its wider goal of using 100% sustainably sourced cotton by 2020, and Zara have pledged to boycott Uzbek cotton, an industry linked to forced labour.

Take advantage of vintage garms and pre-loved clothes. Try a capsule wardrobe. Embrace accessories. We need to wake up and protect the planet from our relentless consumerism, before it’s too late.