I’ve got a brand-new combine harvester I’ll give you the … oh, what you don’t need keys in this, okay. I had a lot of fun with this one. This was my first Farm Sim experience and I was sceptical about how people could get enjoyment from farming, but as I ploughed a field of maize with my tractor there was something oddly tranquil about the experience. I found the game peaceful.

Farming Simulator 2017 is an escape, both from real life and the norms of gaming. When I launched the game, I became my own man. I had an entire farm. I needed to look after animals and crops; I lived off the land. I had a choice about whether I hired workers to do tasks or did them manually, and on the occasion I did plough an entire field on my own, there was a real sense of achievement to it. I felt rewarded by the sweat on my brow. 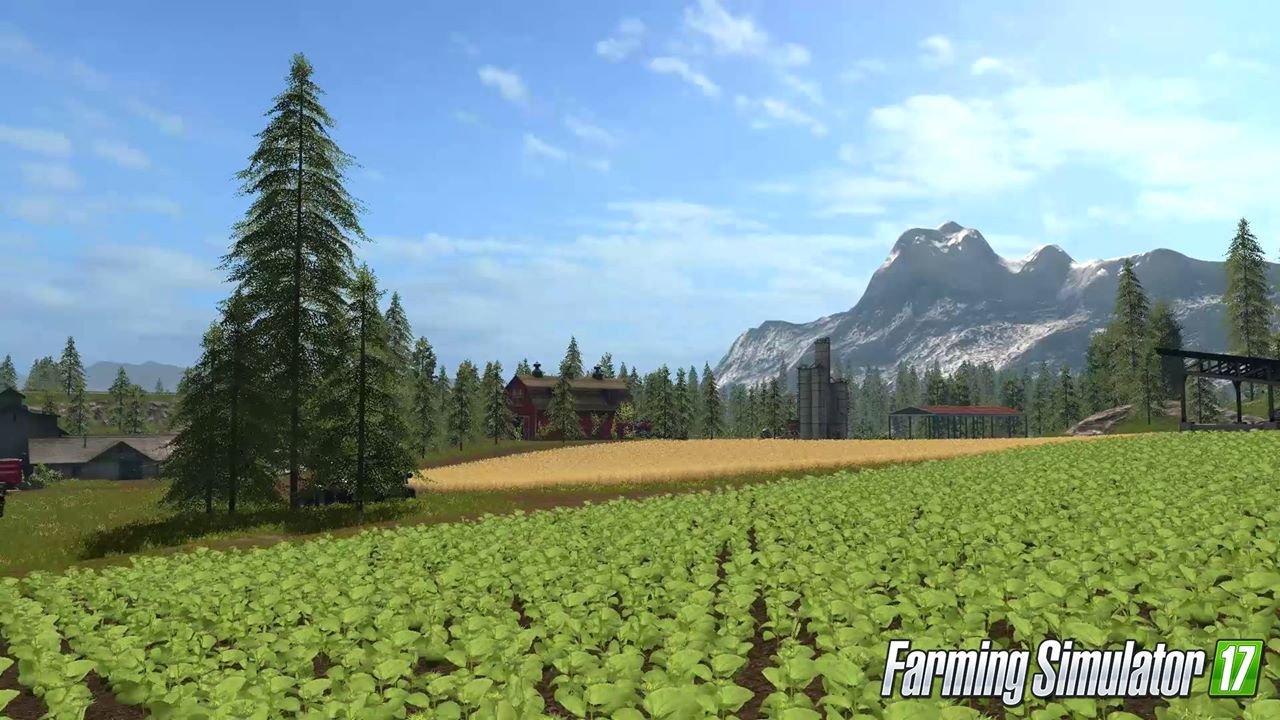 Having played simulators in the past, I worried about the complexity of the controls on console but Giants Software has done a solid job of porting it to the consoles and releasing controls that feel instinctual. As a player who had absolutely no experience in this kind of game, I was quickly away and playing with very little learning curve thanks to the helpful tip system.

For returning players to the franchise, the new instalment includes new features such as female player characters, mods on consoles, drivable trains, pigs, sunflowers, and more. The game features 250 unique vehicles from 75 different brands, and the inclusion of mods only serves to add to that and I look forward to seeing what wacky creations mod makers can come up with to add to what is already a nice peaceful farming experience.

Is Farming Simulator 17 the game for you? You might be surprised; I went in not expecting much and was pleasantly amazed by the fun, engaging farm experience that I received. At £29.99 it’s not too bad and makes a nice change from the usual stressful life of killing dragons or fighting wars with massive mechs. Retire into the peaceful farming life now on Xbox One, PS4, and PC.